Hariri is telling the world: Hezbollah is your problem, not ours

It is remarkable that Lebanese Prime Minister Saad Hariri addressed the international community to declare that the problem of Hezbollah’s weapons is a regional and international issue, not a Lebanese one.

His announcement may indirectly coincide with Lebanese President Michel Aoun’s discovery that local and international conditions have changed and no longer call for an internal dialogue to find a defence strategy to protect Lebanon.

It is also noteworthy that Hezbollah did not comment on Hariri’s remarks to US cable news channel CNBC about what was understood to be his government’s disavowing the Hezbollah’s weapons and behaviour.

Hezbollah also remained quiet about Hariri’s submitting the issue to a level of treatment that goes beyond the capabilities of the Lebanese state and places the problem within the scope of the US conflict with Iran. Hezbollah’s weapons have been deemed legitimate in a statement by the Council of Ministers.

Hariri was telling international capitals interested in Lebanon’s affairs, its stability, its role in the region, its economy and energy reserves at the bottom of its continental waters that Hezbollah does not rule the country but controls the decision of war and peace in it.

He was delivering to whom it may concern the message that, as head of the government of an independent, sovereign country, he was confirming that Hezbollah’s address was not in Lebanon, that the party’s decisions come from outside the country and that it cannot be dealt with from within Lebanon.

What can be understood of Hariri’s comments only weeks after his return from a controversial trip to the United States is that he is gradually seeking an internationalisation of the Hezbollah issue, not in the sense that might provoke the anger of the Lebanese domestic scene but in the strategic sense of what is being cooked up for the region.

We can only understand from Hariri’s logic that he is calling on the international community to relieve Lebanon, with all of its political currents, sects and institutions, from the task of confronting a phenomenon that has arisen for reasons beyond Lebanon’s control and having to do with the policies adopted by the international community in dealing with Iran and its regime for four decades.

However, what Hariri was saying is fundamentally different from Aoun’s discourse. Some of the opinions expressed by Hariri’s inner political circle and even by his wider circles that are hesitantly reaching out to yesterday’s allies are in play here.

These circles say Hezbollah’s weapons have confiscated the prestige of the state and the unity of its decision on fundamental issues of sovereignty. The weapons glorify the culture of the mini-state, threaten the country’s internal cohesion and shake its internal stability. They contribute to the chaos and total disregard for the country’s institutions, its standing in the world and its foreign relations.

By considering the issue of Hezbollah’s weapons as an external one, Hariri is saying he does not believe in the necessity of them for Lebanon’s defence, contrary to what Aoun has been reiterating.

Aoun says the party’s weapons are Lebanese in their agenda of defending the country and that they are a structural part of its defence system that should not be rejected but protected by the state and the government.

While Hariri speaks of the “problem” that the decision of war and peace is in the hands of Hezbollah, Aoun does not see it that way and does not believe there is a need for internal dialogue to develop a defensive strategy that would end the phenomenon of Hezbollah’s weapons being outside the state system.

“Hezbollah is a regional problem,” said Hariri. Accordingly, he is demanding the controversy over the role of Hezbollah raised by Washington and its allies should not be linked to what this world can do to rid Lebanon of its economic burdens.

While there is much talk about tying up the release of the loans and grants garnered by the CEDRE Conference and the generosity of donor countries to certain conditions requiring the Lebanese state to rein in Hezbollah and seize its weapons, Hariri throws the hot potato into the lap of the world and donor countries using the simple logic that “it is your problem, not ours.”

In the US effort, led by David Schenker, the US assistant secretary of state for Near Eastern Affairs, there are indications that the United States’ new working rules will be dealing with Lebanon and Hezbollah as separate cases.

Washington is activating its mediation to end the land and sea borders dispute between Lebanon and Israel. Washington sends its envoy to the region, bearing in mind that the success of his mission requires dispelling the possibility of a new Israeli war against Hezbollah in Lebanon. No serious strategy can be adopted to close the border file, open energy exploration in Lebanese waters and activate the energy project in the Eastern Mediterranean region without seriously addressing the case of Hezbollah in Lebanon.

Israel continues to bring up the file of Hezbollah’s rocket factories and is militarily threatening the famous Tehran-Beirut corridor. The gas exploration operations eagerly anticipated by Washington, France, Italy, Russia and Mediterranean countries are ready to begin and release one of the world’s largest new riches.

Arrangements are being made for the Syrian issue as well and the recent Turkish threats of releasing waves of refugee migration towards Europe seem to have reawakened the world’s attention to the region. In fact, files keep piling up in such a way that places Hezbollah and its role within them under closer scrutiny.

By what is being leaked of Hariri’s declarations, the matter requires the involvement of the international community. However, Lebanon must decide whether it wants the world to deal with it as an independent state or whether it wants the world to accept the status quo and bless Hezbollah’s tutelage over the country just like it once blessed the tutelage of the Damascus regime.

Mohamad Kawas is a Lebanese writer. 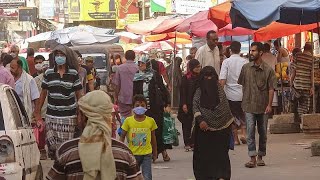 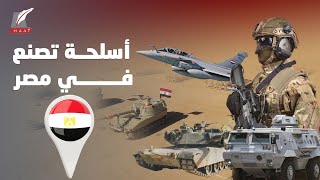 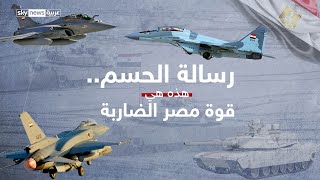 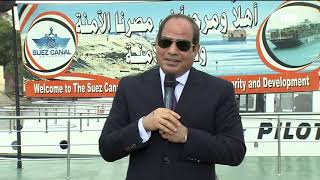