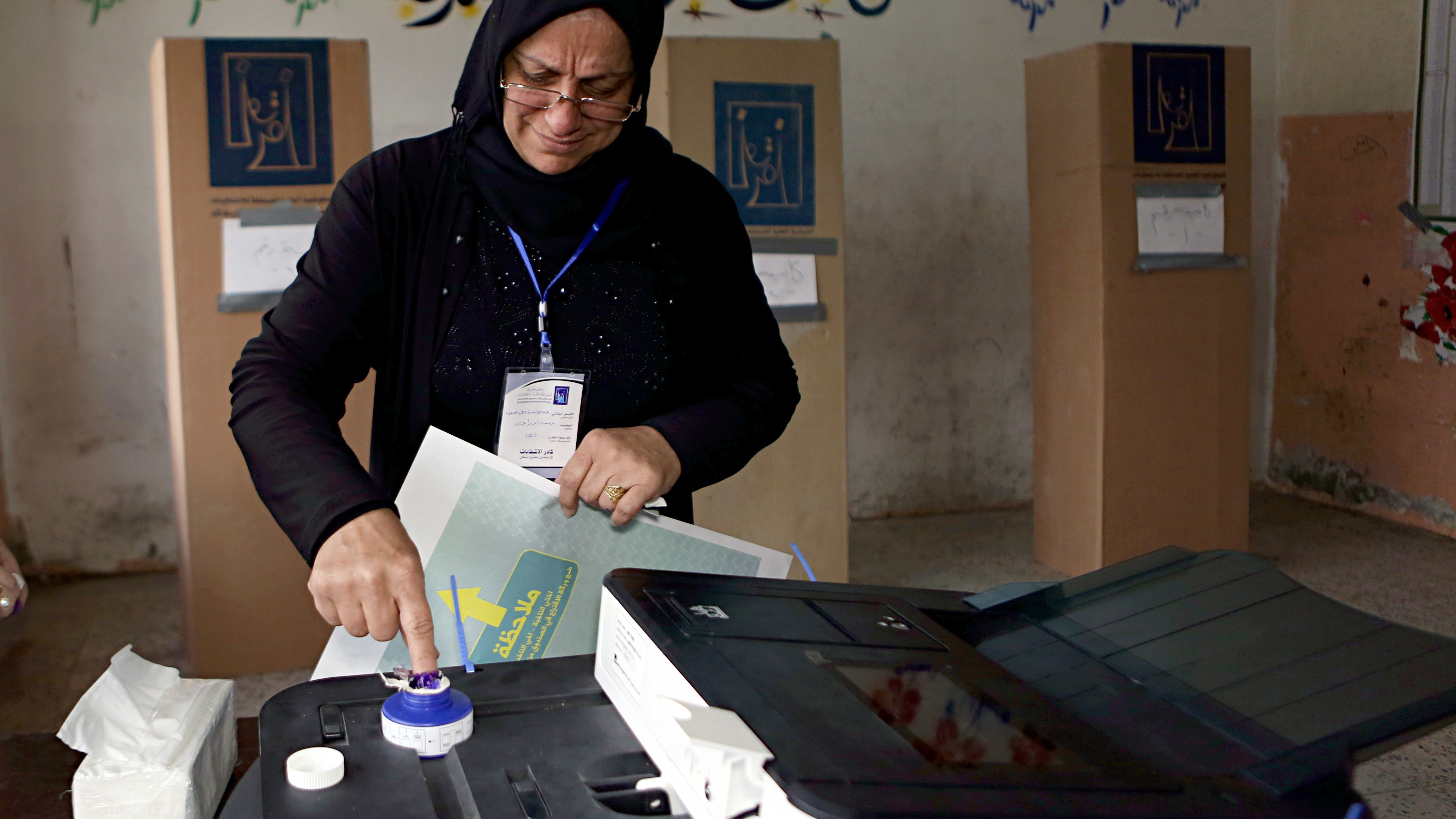 Up to one million Iraqis living abroad will be excluded from voting in the country’s October elections, its Independent High Electoral Commission ruled on Tuesday.

For months the commission has been struggling to prepare for the poll, sending teams on door-to-door missions nationwide to update voter data and issue new biometric cards.

“The commission has faced a number of technical, financial, legal and health obstacles,” it said in a statement.

Officials said the process of updating data and issuing biometric cards for voters abroad would take about 160 days, but the deadline for registration was only 40 days away.

Iraq’s foreign ministry was unable to conduct voter registration and the elections at the country’s embassies and consulates worldwide alone, the electoral body said.

The pandemic was making it difficult to send commission employees abroad to oversee the election process, it said.

The decision could pose a major blow to mainly Sunni candidates who depend on voters abroad – particularly those who fled violence after the 2003 US-led invasion, mainly to neighbouring countries. Kurds may also be affected.

Iraq’s last national elections, held in 2018, were mired by widespread manipulation  mainly among displaced people and those living abroad – forcing authorities to cancel ballots from those groups.

London-based journalist Othman Al Mukhtar described the move as “unconstitutional”, saying it will affect Sunnis more than anyone else.

“It is known that the majority of those who have sought shelter abroad since 2003 are Sunnis and that decision will affect [ethnically mixed] areas like Baghdad and Diyala in addition to [Sunni-dominated] areas that their residents left after the ISIS [2014 onslaught] for Turkey, Jordan and Lebanon” Mr Al Mukhtar mentioned that.

He said that Ihec had to find other options rather than depriving voters from casting their ballots.

“They can hold the elections in the countries that have big Iraqi communities such as Turkey, Jordan and UK in addition some ballot centres in the European Union with the supervision of the UN,” he said.

From Toronto, Canada, Dr Haifa Al Mahdawi is dismayed at the ruling.

“In my opinion, all these justifications are wrong and the grave mistake is to confiscate the citizen’s right to vote where ever he or she is,” Ms Al Mahdawi, a statistical expert, said. “No one has the right to do so.”

But many inside Iraq welcomed the decision as a way to stop wasting money and manipulation.

Early this year, the Iraqi government set October 10 for the elections – a few months earlier than scheduled – to meet one of the key demands of the pro-reform protests that broke out in October 2019.

The removal of the ruling political elite – in place since the 2003 US-led invasion that toppled Saddam Hussein – and holding early elections based on a new electoral law were among the protesters’ main demands.

When Prime Minister Mustafa Al Kadhimi took office in May 2020 after his predecessor Adel Abdul Mahdi resigned, he pledged to address grievances and hold early elections. He first set June 6 as a date for the elections, but failed to convince political parties and Parliament.

A month after the protests began, Parliament endorsed a new electoral law and then introduced new amendments last year.

Based on the protesters’ demands, the law gives independent candidates the chance to win seats in the legislative body by dividing the country into multiple constituencies.

In previous elections, the country was treated as one constituency and all parties took seats depending on their share of the national vote.

According to the new law, political parties are not allowed to run unified lists that in the past allowed them to sweep parliamentary seats.