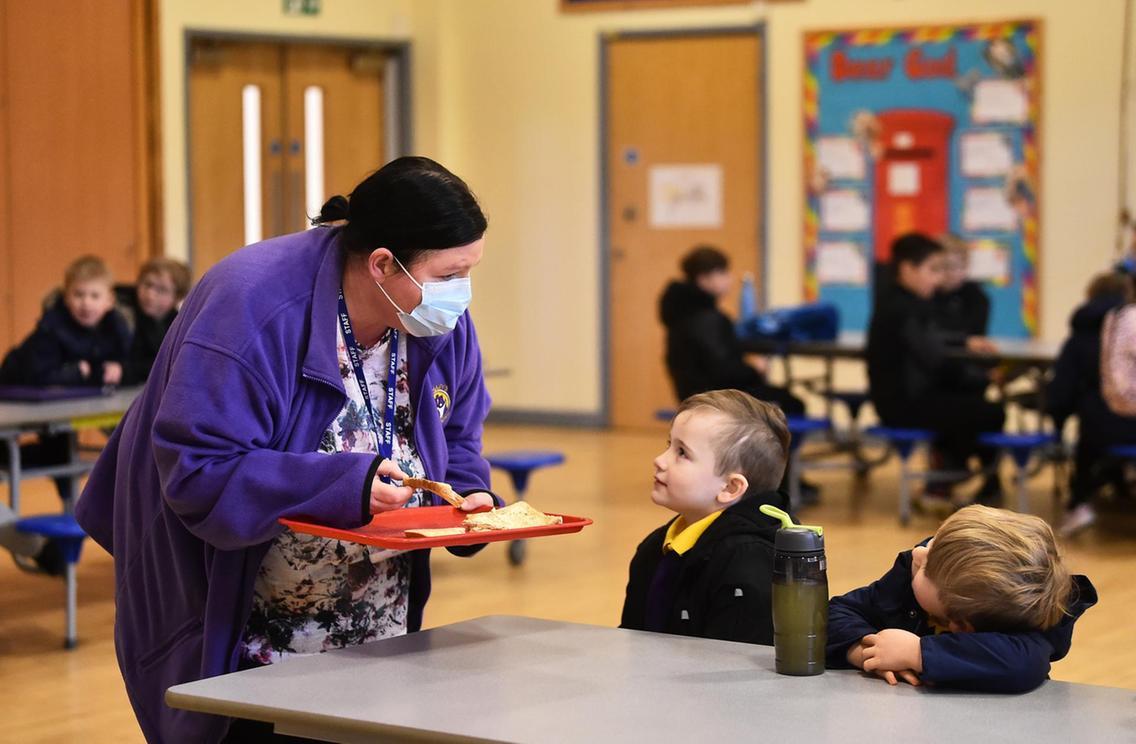 Many children in England returned to school on Monday for the first time since January, but the upheaval of the last year caused by Covid-19 is far from over.

All primary schoolchildren will be back in their classrooms on Monday, while there will be a phased return over the week at secondary schools for those aged 11-18.

As part of the government’s gradual easing of tough lockdown restrictions, the resumption of some sense of normality for young people has been prioritised.

The majority of children have had to stay at home since the latest lockdown began in January, but schools have remained open for the most vulnerable and for the offspring of key workers.

Secondary schoolchildren and all teachers and school staff will be tested for the virus twice a week through rapid lateral flow tests and advised to wear face masks indoors.

But headteachers have said the biggest hurdle to reopening schools has been obtaining parental consent for tests to happen.

There were also reports of a chaotic and confusing start to the system, with Covid tests staggered over the weekend and on Monday.

The first three tests for secondary school children will be taken at school and then at home thereafter.

Primary school children will effectively face no restrictions, and not have to take tests or wear masks.

Ahead of the reopening, one major union warned there could be disruption.

“We feel that the government has given schools and colleges a hospital pass on testing and face coverings and left them with a logistical and classroom management nightmare which has nothing to do with the core business of education and is inevitably a huge distraction,” said Geoff Barton, the head of the Association of School and College Leaders.

“It could and should have provided more support on tests and greater clarity on face coverings,” he said. 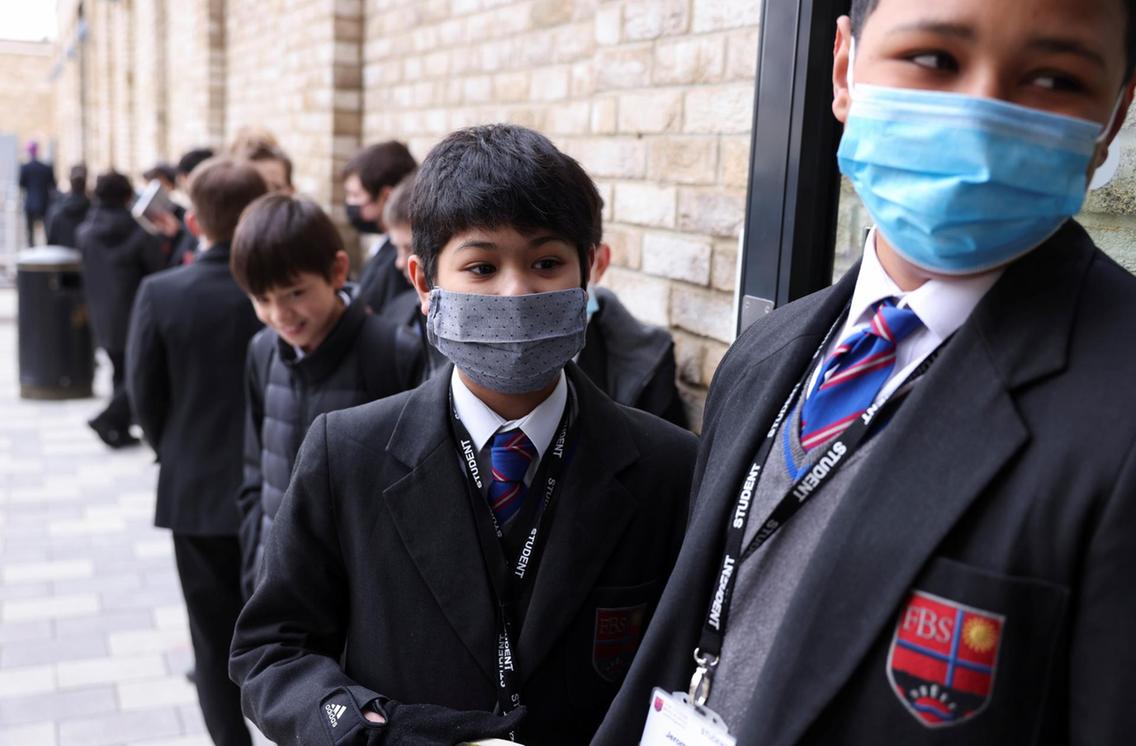 Important exams such as GCSEs and A-Levels have already been cancelled, with teachers deciding pupils’ grades.

The government has suggested it could introduce five-term school years or shorten the summer holidays from six weeks to help pupils catch up with the work they have missed.

The head of Ofsted, the school inspector, was cautious about the ideas and said similar suggestions had not been a long-standing success in the past.

"There’s no point adding time here and moving time there if you don’t get a groundswell of support,” Amanda Spielman told Sky News.

"If children simply don’t turn up for extra time or summer schools for example, you could end up putting a lot of effort into something that doesn’t achieve the objective.

"So my concern is to make sure we go with the grain of what parents will embrace to make sure all children get the very most out of their education."

Education Secretary Gavin Williamson said a range of measures were being considered. Kevan Collins, the former head of the Education Endowment Foundation, has been appointed to advise on the best way to recover over the next 18 months, meaning changes could be brought in this summer.

“But also measures such as enhancing the support we give to teachers, supporting them in their professional development.”

He suggested there could be radical overhaul of the education system after Covid-19.

“I would see this as one of those moments, a bit like the 1944 education reform act, that came out of the Second World War, about how we can be transformative in terms of changing and improving the opportunities for young people.

“But it’s got to be evidence-based. We’ve got to look at what’s going to have the biggest positive impact on children’s lives,” Mr Williamson said.

One union leader said she feared the government had not taken the safety measures it could in the time it had, such as ensuring greater social distancing and installing ventilation units in every classroom. 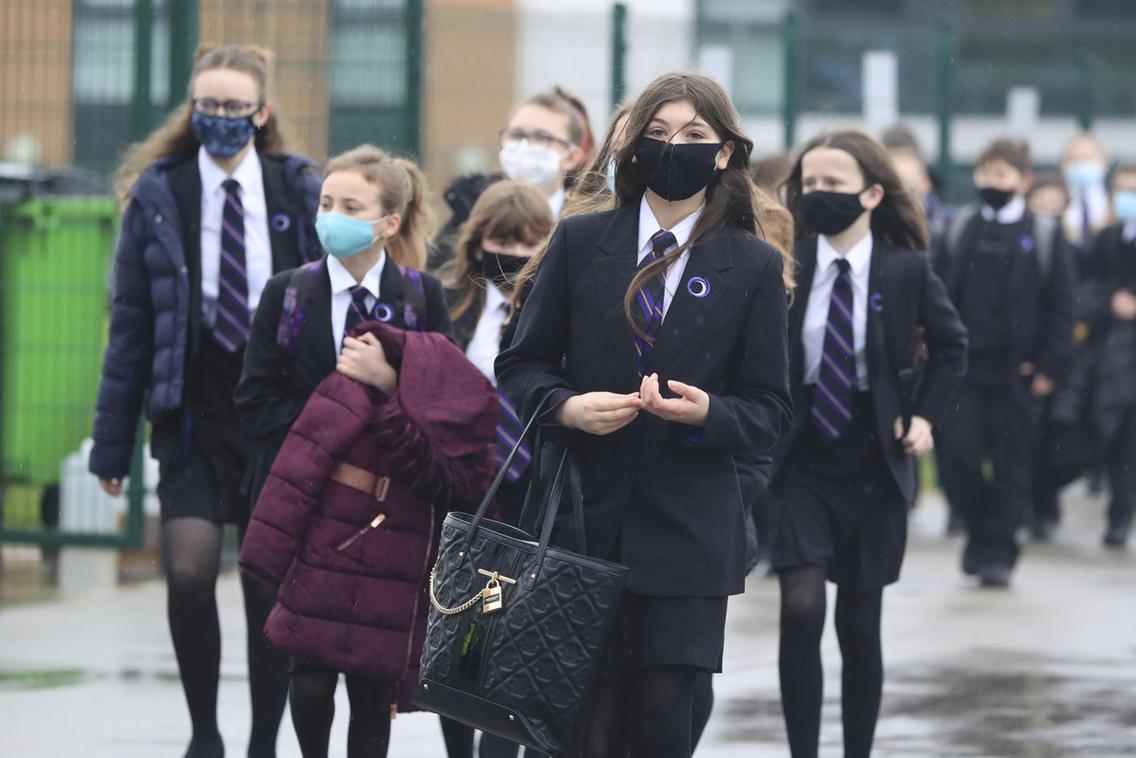 "I hope – and my members hope – this will be the last time we close schools to the majority of pupils. Absolutely," Dr Mary Bousted, the joint general secretary of the National Education Union, said.

"But the jury's out about whether that will be the case."

Speaking at a Downing Street briefing on Monday, Boris Johnson admitted the opening of schools would "inevitably" increase transmissions, but added the risk was worth taking because the top four priority groups have been vaccinated.

He also said the UK would need to be cautious in relaxing restrictions.

"But the whole points is, remember where we were last summer. We had the disease down to levels much below where it is today and then we saw what happened with the spike," Mr Johnson told the news conference.

The UK has one of the worst Covid-19 fatality rates in the world, with more than 123,000 deaths attributed to the virus.

But it has also had one of the quickest vaccination drives, with 23 million people receiving at least one dose.