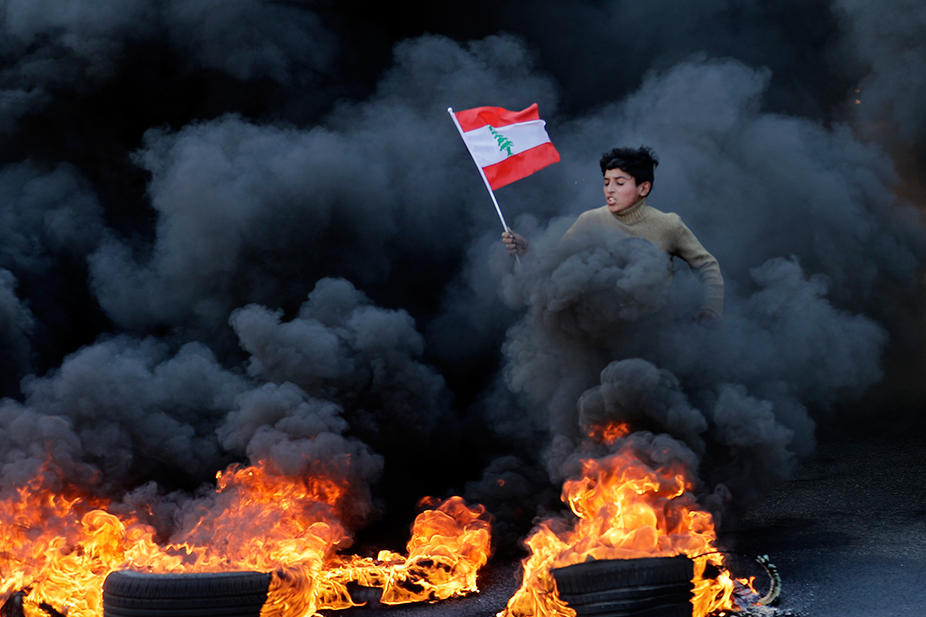 BEIRUT: Protesters in Lebanon took to the streets for the third day, blocking roads with burning tires and blaming “leaders’ incompetence” for failing to form a new government, as the country’s prime-minister designate blamed the political stalemate on the president and Hezbollah.

The country’s continuing hardships and political uncertainty have led to renewed public anger, with activists calling on the army and security forces to protect protesters.

“There are paid groups that may turn the protests into riots, and there are those who are benefiting from this chaos. We live in a phase of void at all internal and regional political levels, and everyone is waiting. People are hungry. The ability to cause chaos is greater than the ability to organize and direct.”

Activists said the renewed protests were also a result of the “exacerbation of the living crisis” that had exhausted the Lebanese.

“It has become a threat to their security, social, economic, and health future, and above all, it violates the sovereignty of Lebanon,” they added.

Lebanon’s Prime Minister-designate Saad Hariri on Thursday publicly named and shamed the president and Hezbollah for blocking the formation of a new government.

Hariri was tasked with forming a government last October, but has struggled to assemble a Cabinet amid a dispute with President Michel Aoun and others about who should be in the new administration and which portfolios they should get.

A statement from Hariri’s media office said: “Unlike Hezbollah, who is always waiting on Iran’s directions to make any decision, Hariri is not waiting on the approval of any foreign party to form the government. He is waiting for Aoun's approval to form a government of specialists, with the amendments that Hariri proposed publicly to Aoun. Hezbollah is maneuvering to prolong the government gap. It is waiting for Iran to start its negotiations with the new US administration, using Lebanon's stability as a leverage during their negotiations.”

The Cabinet resigned last August in the wake of the devastating explosion at Beirut Port although there was long-standing public anger with the political elite, even before this tragedy, for failing to tackle corruption, improve living conditions and resolve the country’s economic crisis, with Hariri resigning as prime minister in Oct. 2019.

The leader of the Progressive Socialist Party, Walid Jumblatt, said in a Zoom meeting that Lebanon had become a “platform for the Iranian missile.”

“Hezbollah is doing well today,” he added. “It has its own central bank. As for the state’s central bank, its mandatory reserves will run out within a year. Can the party bear all the social consequences?”

He warned that chaos would soon prevail and that the more the Lebanese pound collapsed, the more drastic the chaos would be. 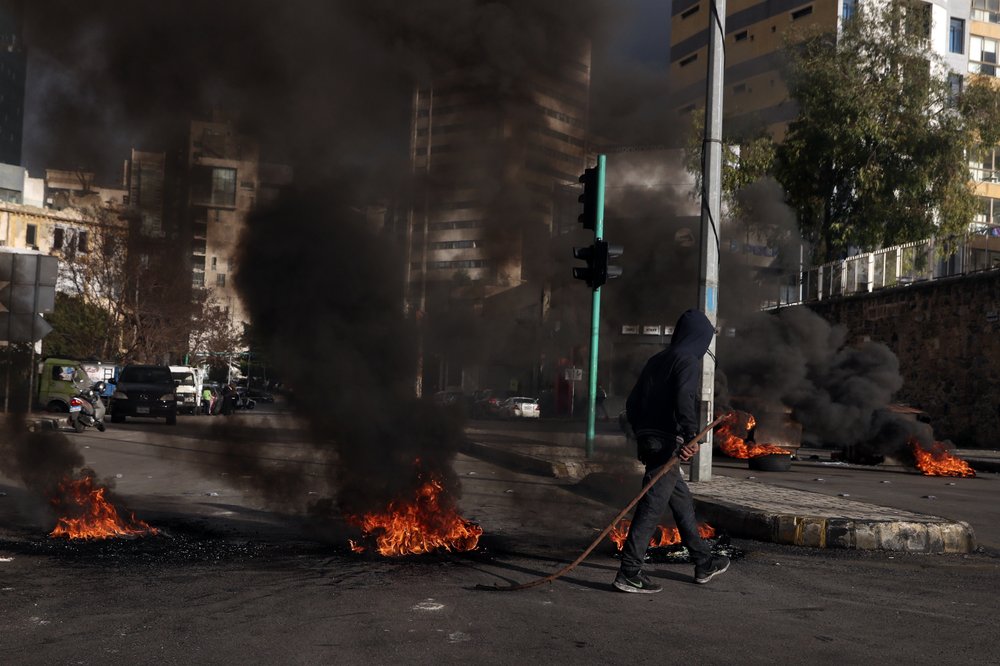 “Lebanese soldiers used to make around $500 before the collapse, today their wage is valued at $60. What will this soldier who maintains security do? One day he will rebel. Is Hezbollah aware of this? Whatever capabilities it possesses, chaos is not in its favor.”

The impact of the currency’s deterioration can be felt across all aspects of life. Private hospitals have started billing their services at the exchange rate of LBP3,900 to the dollar. The official dollar exchange rate is around LBP1,500.

Dialysis patients, for example, must now pay LBP100,000 for each session to cover their share of the bill.

The head of the health parliamentary committee, Issam Araji, said he was saddened by the situation.

“Today the father of a newborn baby cried before me as he was unable to afford a hearing aid for his son, who suffers from hearing loss, because its price exceeds LBP142 million”

Araji, who is a doctor specializing in cardiovascular diseases, added that chaos was prevailing in the medical sector in light of the country’s financial, economic and political crisis.

“Patients are paying for medical supplies according to the prices set by the black market, medicines are missing, and 100 doctors with extensive experience at the American University Hospital have left the country.”