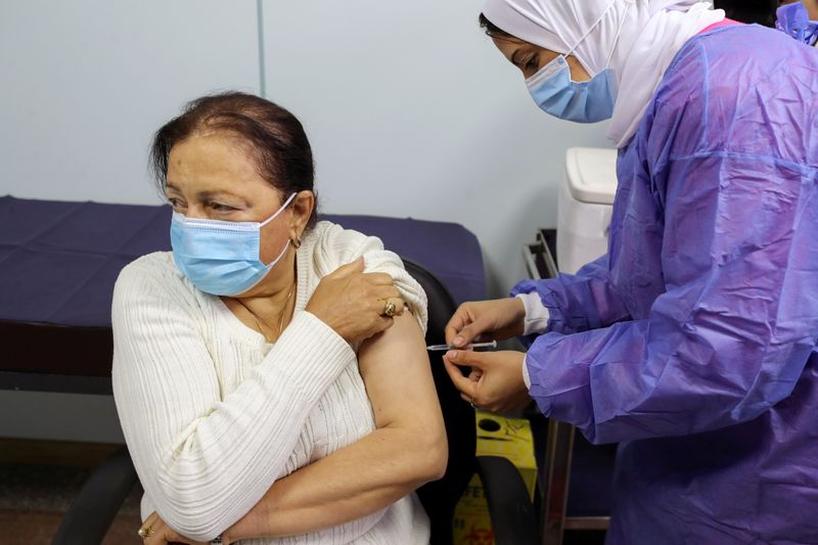 CAIRO: Egypt on Thursday expanded its coronavirus vaccination rollout to include the elderly and people with chronic diseases after several weeks of vaccinating medical staff, the Cabinet said.
Nearly 153,000 people have applied for vaccinations since Sunday when the North African country opened online registration, the Cabinet said in a statement.
Egypt, the Arab world’s most populous country with more than 100 million, has prepared 40 vaccination centers and plans to increase that number after the arrival of more vaccine batches, Prime Minister Mostafa Madbouly said.
Egypt received 350,000 doses of a coronavirus vaccine developed by China National Pharmaceutical Group (Sinopharm) in two batches since December, in addition to 50,000 doses of a vaccine developed by AstraZeneca in February.
It is hoping to receive vaccines through the COVAX facility, a global initiative aimed at providing equitable distribution of vaccines, in the coming weeks.
On Feb. 24, the Egyptian Drug Authority approved Russia’s Sputnik V vaccine for emergency use.
Egypt’s Prime Speed Medical Services said it had obtained the right to provide Sputnik V in Egypt in a statement to the stock exchange, without giving details.
Egypt began vaccinating frontline medical staff against COVID-19 on Jan. 24 using the Chinese vaccine.
Those getting the Sinopharm jab have a second dose after 21 days while those who receive the AstraZeneca vaccine wait 12 weeks for the second dose, said Health Minister Hala Zayed.
As of Wednesday, Egypt had confirmed 184,168 coronavirus cases, including 10,822 deaths, since the start of the pandemic. 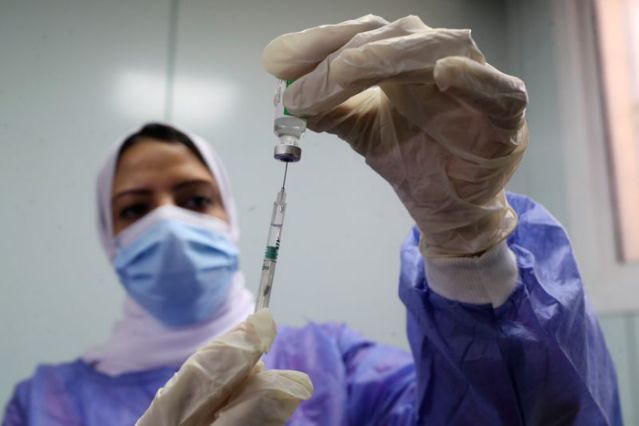 However, health officials say the real number is likely far higher due to a relatively low rate of coronavirus testing and the exclusion of private test results.
Meanwhile, Sudan will begin vaccinating healthcare workers followed by people aged 45 or older with chronic conditions for free next week after becoming the first country in the Middle East and North Africa to benefit from COVAX facility vaccines.
Sudan received 828,000 doses of the AstraZeneca-produced vaccine on Wednesday at Khartoum airport, a Health Ministry official said.
The delivery follows that of 4.5 metric tons of syringes and disposal boxes through COVAX in late February.
Sudan says it expects to receive the remainder of a total 3.4 million doses through COVAX, a vaccine-sharing program co-led by the World Health Organization, in the second quarter of this year.
It aims to cover 20 percent of its population of 44 million through COVAX by September, Health Ministry officials said.
“This is an essential part of our battle against coronavirus,” Health Minister Omer Elnageib said.
Sudan was also in initial discussions to produce the vaccine domestically, Elnageib added.
Sudan is a young country, with only about 4 percent of its population over the age of 65, according to UN statistics.
It has been suffering from a long economic crisis that has left it unable to import some basic medicines and its health care system suffered from decades of neglect and sanctions under former President Omar Bashir before his overthrow in 2019.
As of March 1, Sudan had officially recorded 28,545 cases of coronavirus since the start of the pandemic one year ago, including 1,895 deaths.

Egypt ready to deal with any GERD problems, says minister

Egypt records 37 deaths and about 800 new cases of Corona