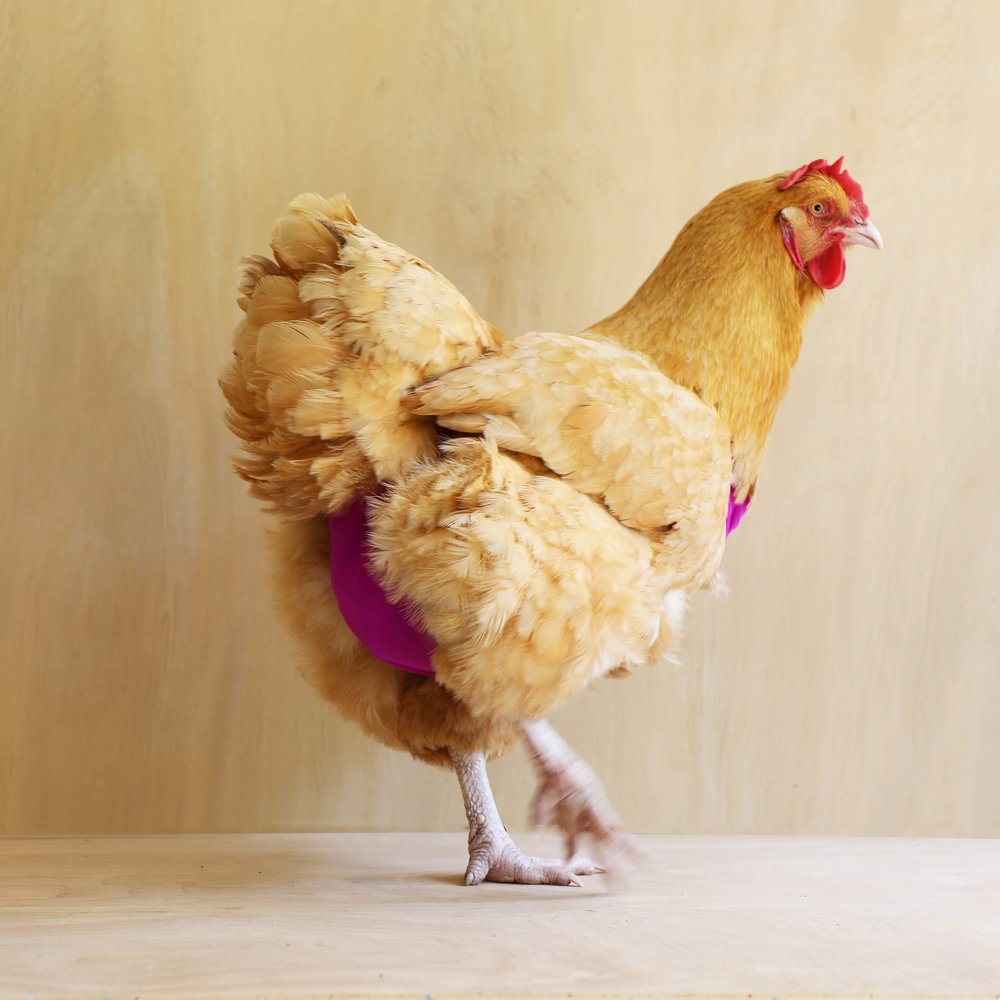 For decades, the city of Tampa has officially considered Ybor City to be a bird sanctuary because of its history of chickens clucking around the brick streets.

And Ybor is unofficially considered one of Tampa’s more eccentric communities.

So, of course Ybor now offers Chicken Yoga, a unique take on the animal yoga craze that has predominately centred on goats but has included creatures such as dogs, cats and even sloths.

“I’m not going to lie, I was nervous,” said Mackenzie Fox, director of lifestyle at Ybor’s Hotel Haya, where the inaugural event was held and hosted by Union Three Studio. “But it went really well. It was a unique experience that perfectly embodies Ybor.”

The combination of animal therapy and yoga is said to be relaxing. During the more mainstream goat yoga, the creatures walk on attendees’ backs and allow cuddles.

The chickens did neither, Fox said, but were friendly.

“Frankenstein was definitely making some fun noises, which was really funny when it was supposed to be a Zen moment,” she said. “They didn’t go on top of people but were chilling and walking around people. They were definitely a lot more social than I thought they were going to be.”

The participating birds are “domesticated,” Fox said. They live in the backyard of the Ybor Misfits Microsanctuary that cares for domesticated chickens abandoned in Ybor.

The chickens and rooster were bathed before the event and diapered to prevent a mess.

“We get the diapers from Etsy and they wrap over the wings and under the legs for a perfect fit,” said Dylan Breese, who runs the sanctuary and whose Ybor Chickens Society seeks to bring unity between the fowl and Ybor residents and businesses. “Once snapped over the back, they’re ready for some crescent lunges and warrior poses.”

Chickens date to Ybor’s inception in the late 1800s as a community built by immigrants primarily from Cuba, Spain and Italy. Residents throughout Ybor kept the birds for food. The East Ybor neighbourhood boasted farms. 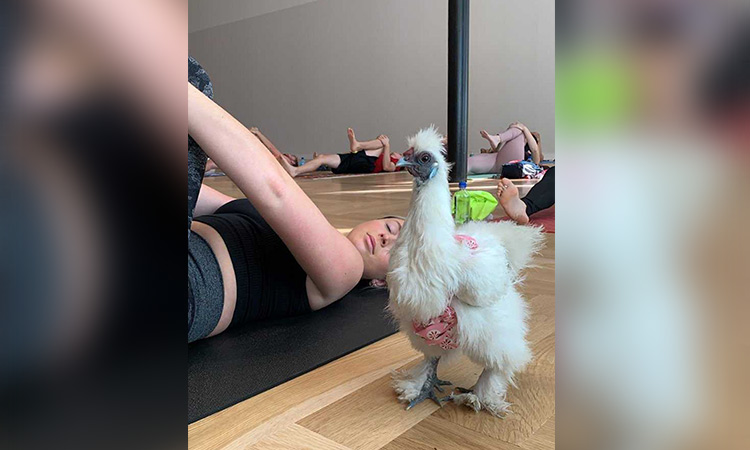 Some believe that descendants of the original chickens walk the streets.

Cephas Glbert, who runs a juice bar on Seventh Avenue, claims today’s red feathered chickens are related to birds he once kept in a coup on Fourth Avenue. He says a storm in the 1980s destroyed his Ybor chicken coup, allowing 40 birds to roam free and birth future generations.

Breese said chickens are also abandoned in Ybor by those who tire of caring for the birds at their homes.

The chickens have been a source of controversy over the years. Opponents want to trap and remove them for population control. Others want to physically shoo them from private property. Neither is allowed.

A 1989 ordinance declaring all of Tampa a bird sanctuary protects the birds from being trapped or bothered.

“I’ve seen cat yoga, goat yoga and I’ve seen dog yoga,” Fox said. “Chickens are such an integral part of Ybor, so why not chicken yoga?”