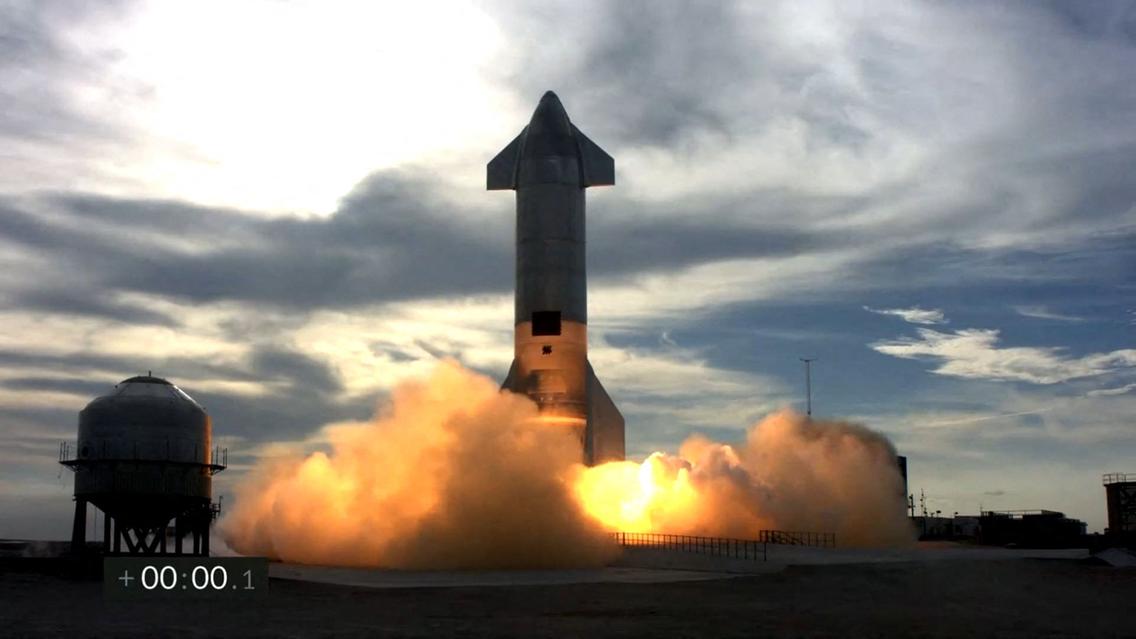 A SpaceX rocket exploded after what seemed to be a successful launch and landing during a test flight in Boca Chica, Texas, on Wednesday.

The Starship prototype, called SN10, performed a high-altitude flight test before coming back to Earth.

As the spacecraft, positioned horizontally, neared land, it turned upright in the air as part of a controlled landing near the launch pad.

Minutes later, the bottom of the rocket was seen to catch fire, move off its landing position and explode.

Watch this video to learn more about the selection process. It also contains a special message from @elonmusk #dearMoon

The March 3 flight was the Starship spacecraft's first successful landing.

Mr Musk congratulated the craft – pointing out in one tweet that it landed "in one piece" – even though it then blew up.

The Starship project is a huge undertaking by the company, which aims to eventually take human beings to the Moon and Mars.

Hopes are that in two years, a Starship rocket will be able to safely carry the first civilian passengers on a lunar mission, alongside Japanese billionaire Yusaku Maezawa.

The planned 2023 flight, called dearMoon, is a private lunar flight funded by Mr Maezawa, which has space available for up to eight people.

He is calling for people to apply online by March 14. They will have to go through interviews and medical reviews as part of the process to get a seat on the flight.

"I’m inviting you to join me on this mission, eight of you from all around the world," said Mr Maezawa, founder of Japanese online fashion store Zozo. "I will pay for the entire journey."

SpaceX is still a way off from being able to safely complete a lunar flight, with the completion of a full orbital mission scheduled for some time this year.

Reports say the company is already working on an SN11 prototype.

Mr Musk is optimistic about the future of the Starship.

“I’m highly confident that we will have reached orbit many times with Starship before 2023 and that it will be safe enough for human transport by 2023,” he said in a video with Mr Maezawa.