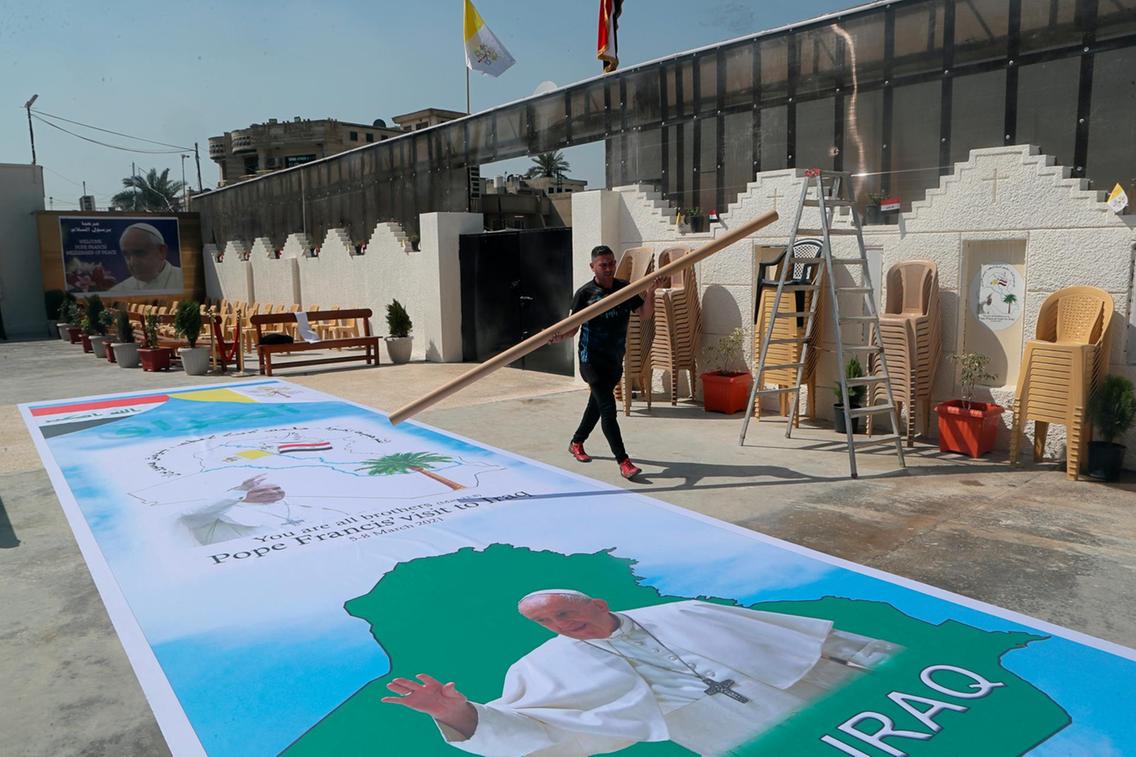 Pope Francis said on Wednesday that he will embark on a historic trip to Iraq in two days' time, despite rocket attacks on a military base hosting US forces.

"The day after tomorrow, God willing, I will go to Iraq for a three-day pilgrimage. For a long time I have wanted to meet these people who have suffered so much," the 84-year-old Pontiff said in his weekly Wednesday address.

The Pontiff is expected to arrive in Baghdad on March 5 for a three-day, five-city visit that will take him to historic sites around the country.

It will be his first foreign trip abroad since the start of the coronavirus pandemic and the first papal trip to Iraq.

"The Iraqi people are waiting for us, they were waiting for Saint John Paul II, who was forbidden to go. One cannot disappoint a people for the second time. Let us pray that this journey will be successful,” he said.

Pope John Paul had to cancel a planned trip in 2000 after a breakdown in talks with the government of former dictator Saddam Hussein.

The Pontiff made no mention of the country’s security situation where on Wednesday morning nearly 10 rockets landed on a military air base that is hosting US, coalition and Iraqi forces.

"For some time I have wanted to meet that people who suffered so much, and meet that martyred Church," Pope Francis said.

The Pontiff was referring to the Baghdad’s Lady of Salvation church that turned into a scene of slaughter on October 31, 2010, when armed men burst in on the congregation gathered for a Sunday service. They killed 58 people including two priests.

“Pope Francis is determined to visit Iraq despite the Vatican’s ambassador to Iraq Mitja Leskova testing positive for Covid-19 days before the trip,” Cardinal Sako said in Baghdad. 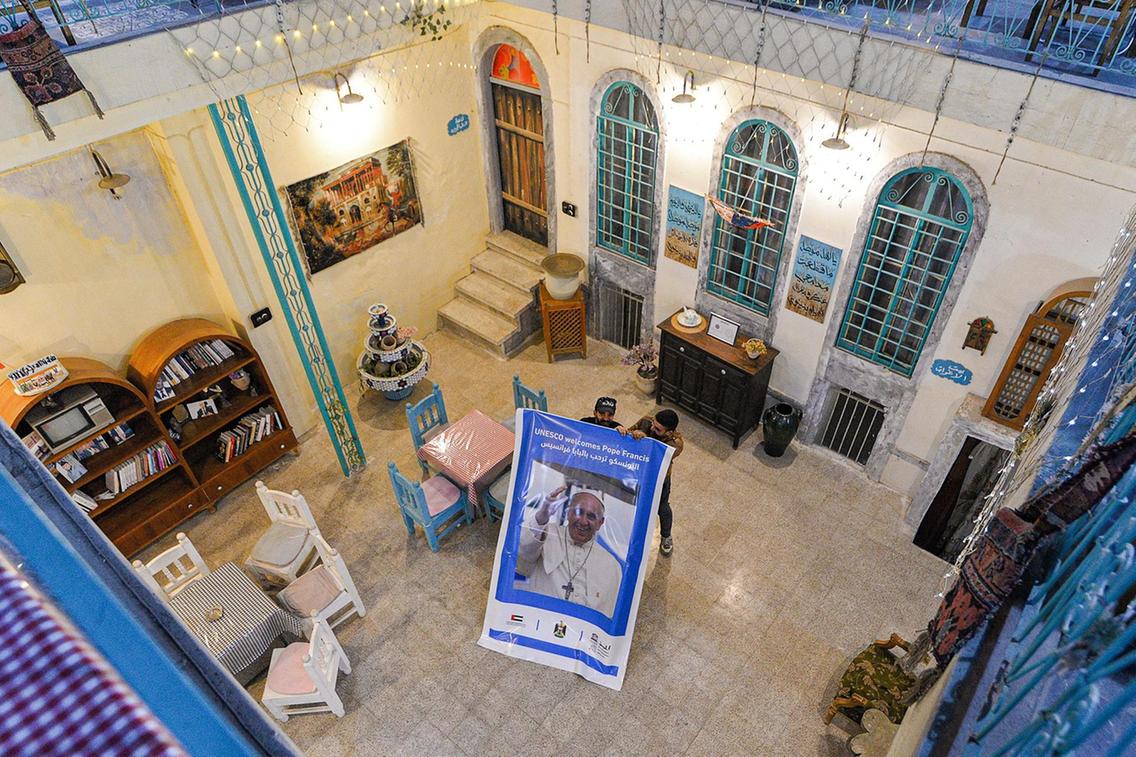 “It will not impact the visit,” he said.

As apostolic nuncio to Baghdad, Mr Leskovar throughout had been traveling across the country in recent weeks to prepare for the pope’s visit, including visits to Mosul in the north, the shrine city of Najaf and the southern site of Ur.

The visit is a "gesture of love and solidarity with all Iraqis, he's coming for all Iraqis and not only the Christians," Cardinal Sako said.

During his time in Iraq the Pope will visit the war-torn city of Mosul that was seized by ISIS in 2014.

The message from Mosul is to "see the results of extremism and terrorism that are only solved through constructive dialogue,” Cardinal Sako said.

The Pope will also visit the northern town of Qaraqosh to "encourage Christians to stay, to hold on to hope, to build trust with their neighbours and to cooperate for a better future."

He will also visit Ur, birthplace of the prophet Abraham, who is revered by Christians, Muslims and Jews, and meet Iraq's top Shiite cleric, Grand Ayatollah Ali Al Sistani.

"In the land of Abraham, together with other religious leaders, we also will take another step forward in fraternity among believers," Pope Francis said.

Iraq records an unprecedented toll of new infections of Corona