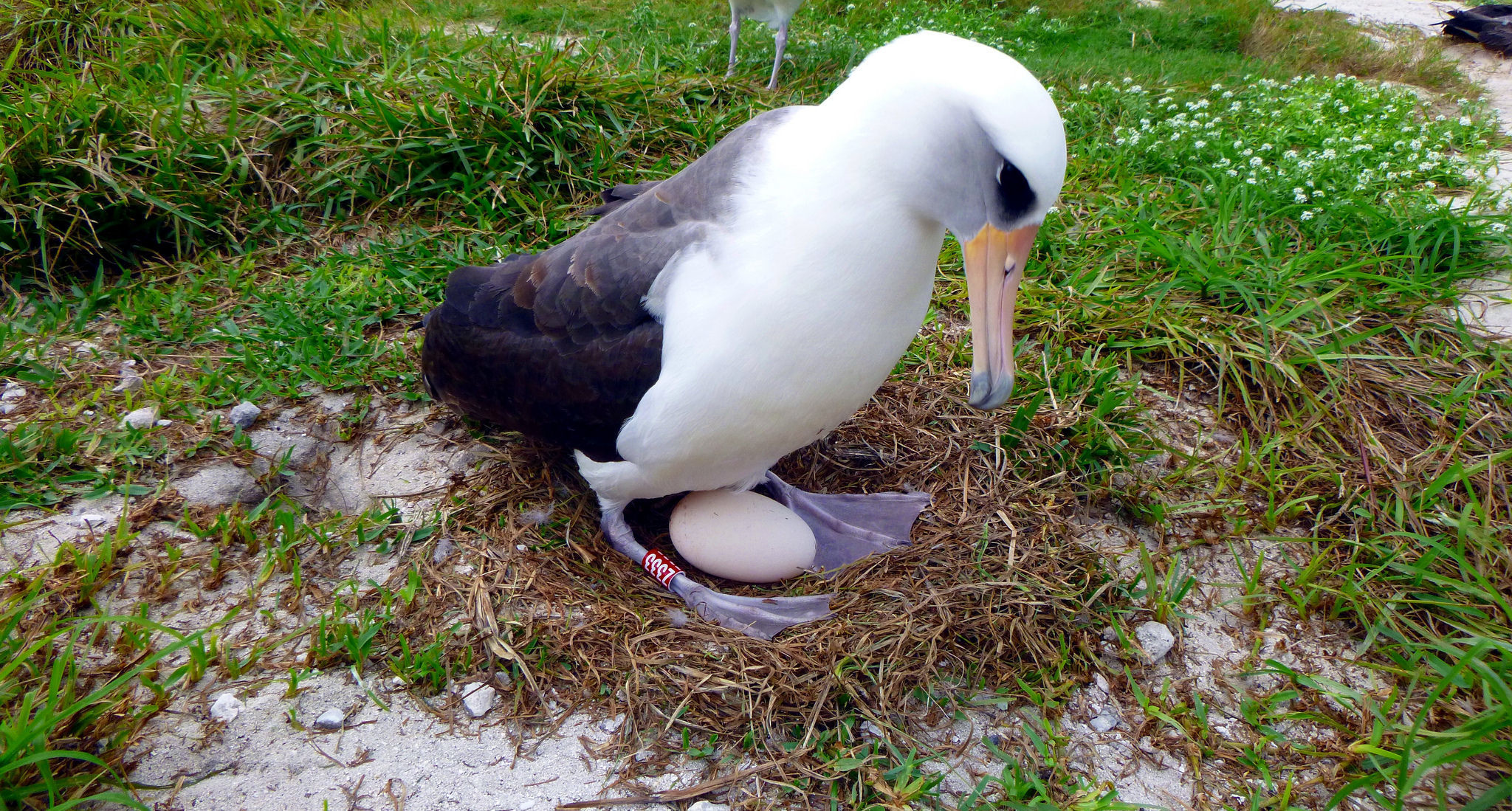 The world’s oldest known wild bird – a Laysan albatross named Wisdom – not only turned 70 this year, but has also reared what is at least her 40th chick, in a feat which is stretching the boundaries of human knowledge of how birds live.

Wisdom, who was banded in 1956, is the oldest known wild bird in history – and may be even older than 70, as she was estimated to be just five years old at the time – the earliest age an albatross reaches maturity.

Last month her new chick hatched on the Midway Atoll – a tiny scrap of land, 1,300 miles northwest of Hawaii in the middle of the North Pacific Ocean.

The septuagenarian seabird has been raising chicks with her current mate, named Akeakamai, since at least 2010, according to the US Fish and Wildlife Service (USFWS).

Laysan albatrosses are regarded as species which partner up for life, but due to Wisdom’s longevity she has had to find several new mates after she has outlived her companions.

Her return to the atoll – which forms part of a wildlife reserve – in late November was an exciting arrival for the wildlife officials, who anticipated she might reach her milestone birthday and rear another chick.

“Each year that Wisdom returns, we learn more about how long seabirds can live and raise chicks,” US Fish and Wildlife Service biologist Beth Flint told Hawaii’s Star Advertiser.

“Her return not only inspires bird lovers everywhere, but helps us better understand how we can protect these graceful seabirds and the habitat they need to survive into the future.”

Until the early 21st century, it was thought Laysan albatrosses lived to be around 40 years old. But Wisdom has rewritten the natural history books.

In 2002, biologist Chandler Robbins of the USFWS, who was working on the Midway Atoll, noticed a bird with a ragged ring which needed replacing. To his astonishment he found not only was the bird in question 51 years old, but also that he himself had been the man who had banded her in 1956.

Laysan albatrosses spend about 90 per cent of their entire lives in the air or on the sea as they roam the wild waters of the North Pacific.

The vast majority of humans’ scientific knowledge of the birds comes from what we are able to observe during the meagre 10 per cent of their time when the birds come to their colonies in the Pacific to find a mate and rear their young.

Wisdom’s feat is remarkable given the extraordinarily tough lives albatrosses lead, and the growing range of threats they face – not only from storms, tsunamis and natural predation by sharks, but also from the climate crisis, worsening levels of plastic pollution and other waste.

Albatrosses do not usually lay eggs every year and when they do, they lay just one – so each valuable chick which hatches and survives into adulthood makes a difference for the future of the albatross population.

“We don’t know exactly how many chicks she’s raised, but certainly at least 35 based on what we know about her recent years performance,” Dr Flint toldHawaii News Now.

Wisdom’s remarkable longevity and extraordinary late-life chick-rearing has won her internet fame, and in Hawaii, the species, which is known as mōlī, are a key part of indigenous culture, representing the agriculture god Lono, who symbolises rain, fertility and music.