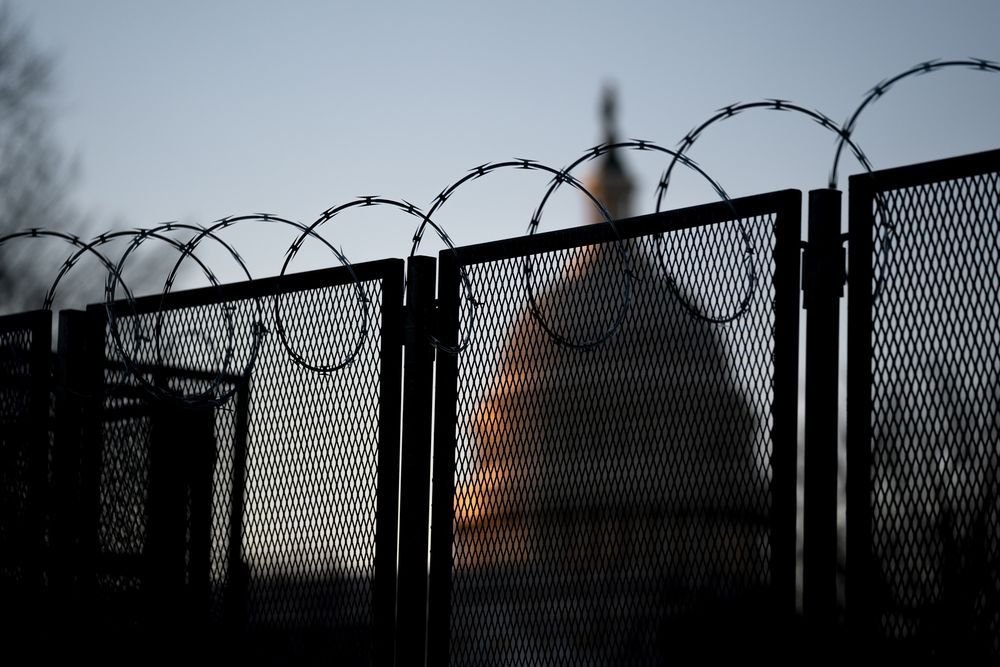 Law enforcement officials in the US said that a militia group may be plotting to attack the Capitol on March 4, the date of “true inauguration day" in fringe political circles.

“We have obtained intelligence that shows a possible plot to breach the Capitol by an identified militia group on Thursday, March 4,” US Capitol Police said on Wednesday. “We are taking the intelligence seriously.”

Separately, the Department of Homeland Security and the FBI issued a joint intelligence bulletin on Tuesday about extremists discussing attacks in the Capitol from March 4 to 6, Melissa Smislova, a senior homeland security official, told two Senate committees on Wednesday.

The police warning did not give details, citing the “sensitive nature of this information” that came to them about two months after an attack on the Capitol by extremist supporters of former president Donald Trump which led to at least five deaths.

Capitol Police and federal law enforcement agencies were criticised for not acting faster on intelligence that the January 6 protests could become violent.

The warning came a day after Timothy Blodgett, acting Sergeant at Arms at the House of Representatives, told politicians that Capitol Police had no indication that groups would travel to Washington to protest or commit acts of violence.

However, Mr Blodgett said there would be heightened security on Thursday because of conspiracies circulating among extremists.

Alaina Gertz, a spokeswoman for Washington’s Metropolitan Police Department, said that the department “does not discuss operational tactics. However, we will continue to monitor and assess information in collaboration with our local and federal partners to ensure the public’s safety".

In a sign of lingering tension in the US capital, about 5,000 National Guard troops remain following the January riot.

Pentagon officials said they were scheduled to leave next week unless asked to remain.

In addition, the Capitol grounds remain ringed by tall, razor wire-topped fencing with limited access points, a perimeter that was established after January 6.

The latest alerts followed warnings from US national security officials, including FBI Director Christopher Wray, that domestic extremists pose the greatest terrorist threat to the US and are intent on carrying out attacks, especially after the riot, which sought to disrupt the ratification of President Joe Biden’s Electoral College victory.

“The problem of domestic terrorism has been metastasising across the country for a long time now and it’s not going away anytime soon,” Mr Wray said during a Senate hearing on Tuesday.

Read More: Biden pays respects to Capitol officer as he lay in honor

The FBI declined to comment on the latest threat warning from the Capitol Police.

March 4 had been the official day for presidential inaugurations until 1933, when the 20th Amendment to the constitution designated January 20 as the day a president is sworn into office following an election, according to the Library of Congress.

People associated with the far-right conspiracy movement QAnon circulated a claim that Mr Trump will inaugurated on March 4.

“We have already made significant security upgrades to include establishing a physical structure and increasing manpower to ensure the protection of Congress, the public and our police officers.”

Politicians and congressional staff are being asked to carry identification, report any threats or suspicious activity and keep emergency numbers on hand.

Tight security around the Capitol will remain in place as officials assess threats.

Wendy Sherman confirmed as US deputy secretary of state

US to pause Johnson & Johnson vaccine distribution amid clotting concerns