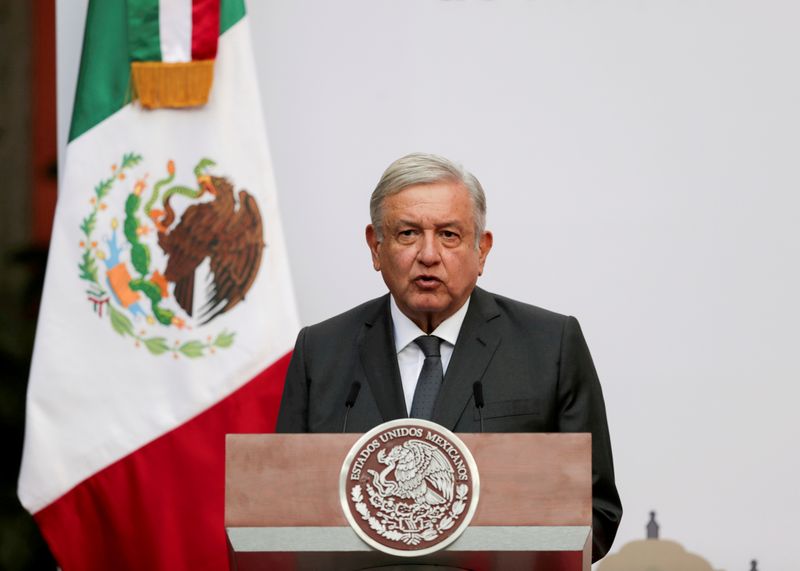 Mexican President Andres Manuel Lopez Obrador said he hoped his U.S. counterpart Joe Biden would heed a request by Mexico on COVID-19 vaccines when the two hold a virtual meeting later on Monday that is also likely to encompass immigration and trade.

Reuters over the weekend reported Lopez Obrador is expected to ask Biden to consider sharing part of the U.S. vaccine supply, with Mexico aiming to pay back Washington once pharmaceutical companies have delivered on their orders.

Mexico has been frustrated by bottlenecks in supply and raised concerns that wealthy countries are hoarding vaccines.

“We’d like to get an answer on a request that we’ve already made ... about the vaccines,” Lopez Obrador told a regular news conference while discussing the Biden meeting. “Provided he’s of the view the matter should be addressed. We must be respectful.”

He did not elaborate on the request, but said vaccines were very important to Mexico. Mexican magazine Proceso said Lopez Obrador had asked Biden for help on vaccines in January.

On Monday, Lopez Obrador said he wanted to broker an agreement that covered all kinds of workers, including “professionals.”

Reporters also asked the president if the two would discuss a contentious bill he has championed, which strengthens state-run electricity utility, the Comision Federal de Electricidad (CFE).

Lopez Obrador responded by saying their dialogue would be open, but that Biden respected Mexico’s sovereignty.

The Mexican president has cast the legislation as a matter of national sovereignty, arguing that past governments skewed the electricity market in favor of private operators.

Business groups have condemned the bill, saying it risks violating the USMCA and endangers Mexico’s renewable energy targets because it puts wind and solar generators at a disadvantage against the CFE, a heavy user of fossil fuels.