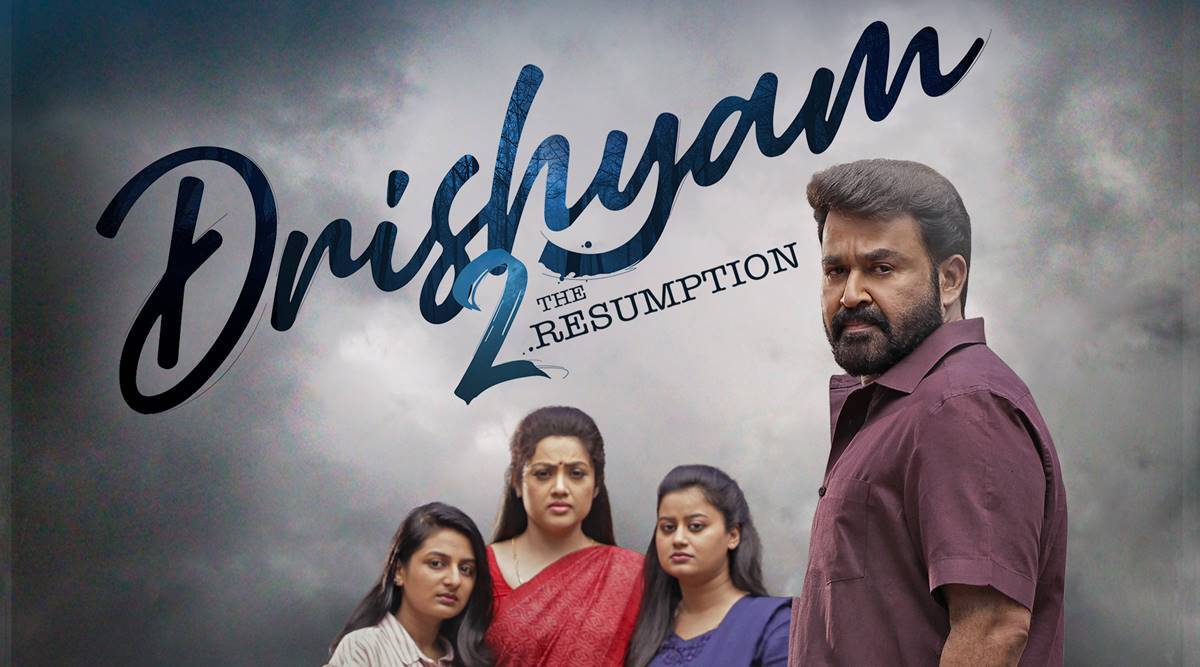 There is a reason why the Malayalam-language film Drishyam, released in 2013, was remade in four Indian languages – Hindi, Kannada, Telugu and Tamil, as well as in Sinhalese and Mandarin. An intelligent and gripping thriller that keeps you on the edge of your seat, it follows the trials and tribulations of a family accused of murdering a teenage boy.

In the sequel, Mohanlal reprises his role as patriarch George Kutty, as do Meena who plays his wife, Rani, Ansiba who plays his oldest daughter Anju and Esther Anil who plays his youngest, Anu. The film is set six years after the events in Drishyam (a must-watch before you dive into the sequel) and shows George as a successful businessman who owns a movie theatre and is working on making his own film.

The first hour of the film moves slowly as it focuses mostly on the repercussions the events of the first film had on the family, and how the elder daughter now suffers from epilepsy and the women in the house live in constant fear of the police. Rani's only confidant is her neighbour of two years, whom she trusts and expresses her fears to, as George dismisses her and refuses to speak of the murder.

There are also a lot of rumours going about town about the events that took place on the night of the murder, with each person narrating their own version. At this point, just when you think director Jeetu Joseph has failed to live up to the expectations of the original film, the twists start coming in and interest builds up again.

The new Inspector General in town, Thomas Bastin (Murali Gopy), is intent on reinvestigating the case, ensuring the killers are convicted. He leaves no stone unturned (literally) and with his team of shadow officers is able to gather enough evidence against the family.

Without giving much away, watch this film for the sheer brilliance of Joseph's writing and direction. Mohanlal is flawless in his portrayal of the protective patriarch, and often does not even need to say anything to make an impact.

Drishyam 2 is about two and a half hours long, and while the first hour does feel a bit cumbersome, the rest of the film more than makes up for it and does so brilliantly.

Set in a small town in Kerala, India, this thriller requires no fancy locales, graphics or music to be powerful.