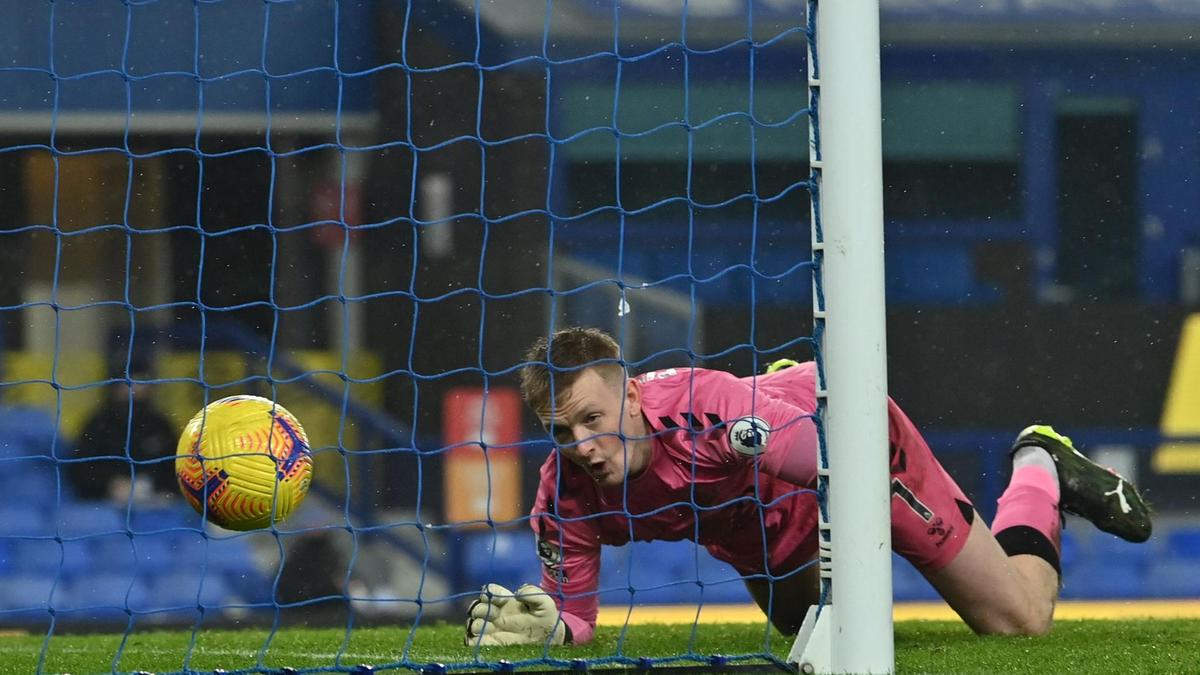 Everton playmaker James Rodriguez’s moment of quality was cancelled out by an error from goalkeeper Jordan Pickford as Leicester secured a 1-1 draw in the Premier League on Wednesday.

Carlo Ancelotti’s side had soaked up a huge amount of pressure following Rodriguez’s 30th-minute opener, a right-footed shot from the edge of the area that flew in off the post.

However, Everton was undne when Pickford, England’s first-choice goalkeeper who was being watched by national-team manager Gareth Southgate inside Goodison Park, failed to keep out Youri Tielemans’ low shot in the 67th minute.

Pickford might have seen the ball late as it came through a crowd of players, but he got both hands to it and only succeeded in pushing it in via the post.

It was the least Leicester deserved after the interval, in particular, as the hosts struggled to get out of their own half, dropping deeper and inviting pressure on themselves.

Leicester stayed third but trimmed the gap to first-place Man City to two points, and is now five points clear of fifth-place Liverpool in the race for Champions League qualification.

Everton is in seventh place, six points behind Leicester.

West Ham up to fourth as troubled Spurs crash again

Is the Worst Over for Covid-19?