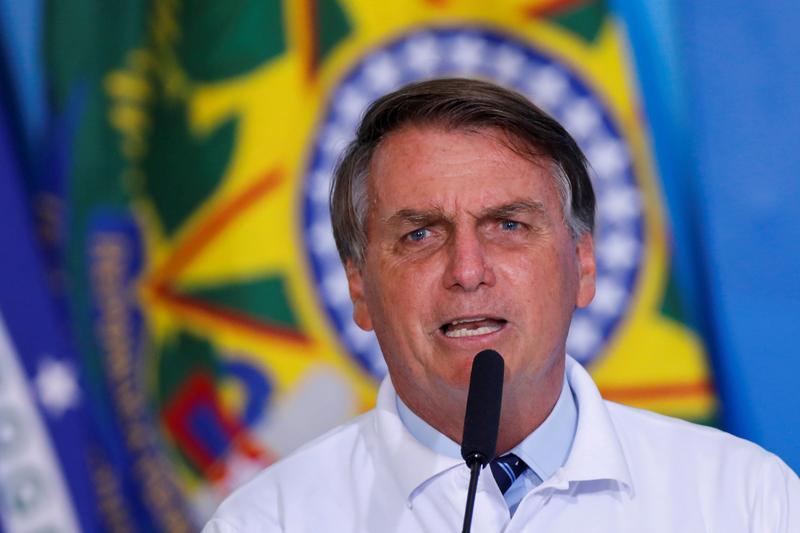 Brazil’s President Jair Bolsonaro on Tuesday said he has approved a group of private sector companies to buy 33 million vaccine doses from AstraZeneca Plc, something the British drugmaker firm said cannot happen “at this moment.”

Speaking at a virtual event hosted by Swiss investment bank Credit Suisse, Bolsonaro said half of the shots would be for employees of the companies buying them, and the other half would go to the government’s national immunization program.

Newspaper Folha de S. Paulo reported that the proposal came from a group of business leaders on a conference call on Monday to discuss which firms and organizations would participate.

AstraZeneca, however, said in a statement on Tuesday that all of its vaccine supply “at this moment” is only available to governments and multilateral organizations around the world. “It is not possible to make vaccines available to the private sector,” it said.

Several companies denied reports that they had joined the initiative, including hospital group DASA SA, which said in a statement it is seeking to understand the commercial availability of vaccines through its suppliers.

Brazil’s nationwide vaccination process got underway just over a week ago but has been slow and patchy thus far, with shipments of doses from India and China subject to delay.

Bolsonaro said the business group made its proposal to the government last week. One of Bolsonaro’s conditions in return for his support is that private sector employees are not obliged by their companies to take the vaccine.

Bolsonaro, who has played down the severity of COVID-19, has insisted he will not take a vaccine.

Meanwhile, Brazilian biomedical center Butantan expects supplies for around 8.5 million doses of China’s CoronaVac vaccine made by Sinovac Biotech to arrive by Feb. 3, its director said on Tuesday.

Butantan Director Dimas Covas said he hopes the initial shipment of about 5,400 liters of active ingredients, enough to fill and finish some 8.5 million doses, would be followed by a similar load shortly after.

He also said Butantan plans to have a factory fully producing the Chinese vaccine by early next year.

Brazil approves Pfizer's COVID-19 shot, but has none to use