Biden administration suspends some Houthi sanctions for one month 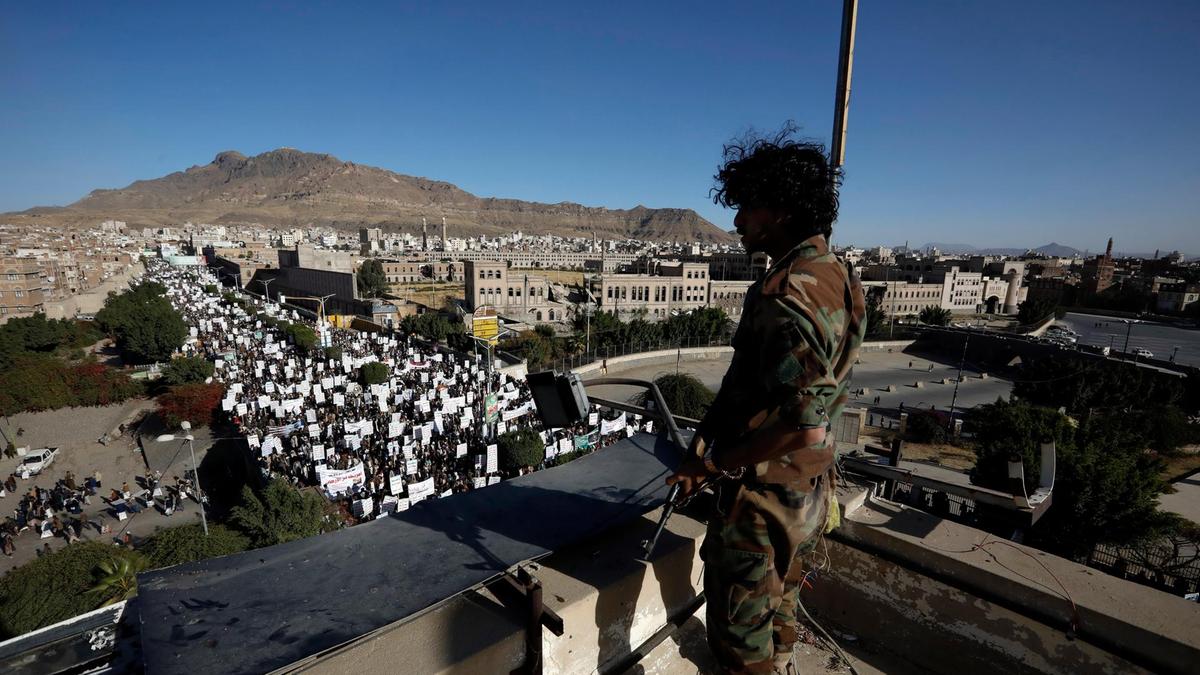 The US government has suspended some sanctions placed on Yemen’s Houthis by the Trump administration while a review into the designation is carried out, the US Treasury said on Monday night.

The former secretary of state Mike Pompeo issued the designation labelling the Iran-backed rebels as a Foreign Terrorist Organisation on January 10. While the move was welcomed by members of Yemen’s government and its allies, aid groups said the move could complicate efforts to reach vulnerable communities living in areas under rebel control.

Critics said the sanctions would exacerbate what is already one of the world’s worst humanitarian crises by barring aid deliveries to civilians in the war-torn nation.

The Treasury Department’s Office of Foreign Assets Control issued a general licence for transactions with entities owned by the Iran-backed Houthis, giving an exemption for certain transactions with the rebels, for one month until February 26.

Mr Pompeo’s sanctions took effect on January 19, only a day before President Joe Biden was inaugurated.

On Monday, Yemeni Prime Minister Maeen Abdulmalik Saeed praised the sanctions and said the designation “should be built upon by the European Union and the international community to put an end to the Houthi militias’ recklessness towards political solutions, and their insistence on executing Iran’s agenda without caring about the suffering and the lives of the Yemeni people.”

The US Treasury’s licence does not reverse Mr Pompeo’s designations and does not apply to specific members of the Houthi group, who have been otherwise been subjected to sanctions.

The Iranian-backed Houthis control the capital and much of Yemen’s north, where the majority of the population lives, following a coup in 2015. The takeover of the capital led to the Saudi-led Coalition of Arab states intervening at the request of the internationally recognised government of President Abdrabu Mansur Hadi to remove the rebels from the city.

But the conflict has caused what the UN calls the world’s worst humanitarian crisis with more than 80 per cent of the population reliant on aid.

With the Houthi rebels controlling much of the north and the capital – where the majority of the population lives – aid agencies are reliant on the group for access to those in need. Most of the aid is imported through the Houthi-controlled port of Hodeidah.

The UN says 13.5 million out of Yemen’s 30 million population already face acute food insecurity, a figure that could rise to 16 million by June.

Washington’s designation of the rebels was part of the Trump administration’s broader effort to isolate and cripple Iran.

Saudi Arabia has advocated the terrorism designation, hoping it would pressure the rebels to reach a peace deal. Past rounds of peace talks and ceasefire agreements have faltered over technicalities, despite efforts to achieve a lasting solution.