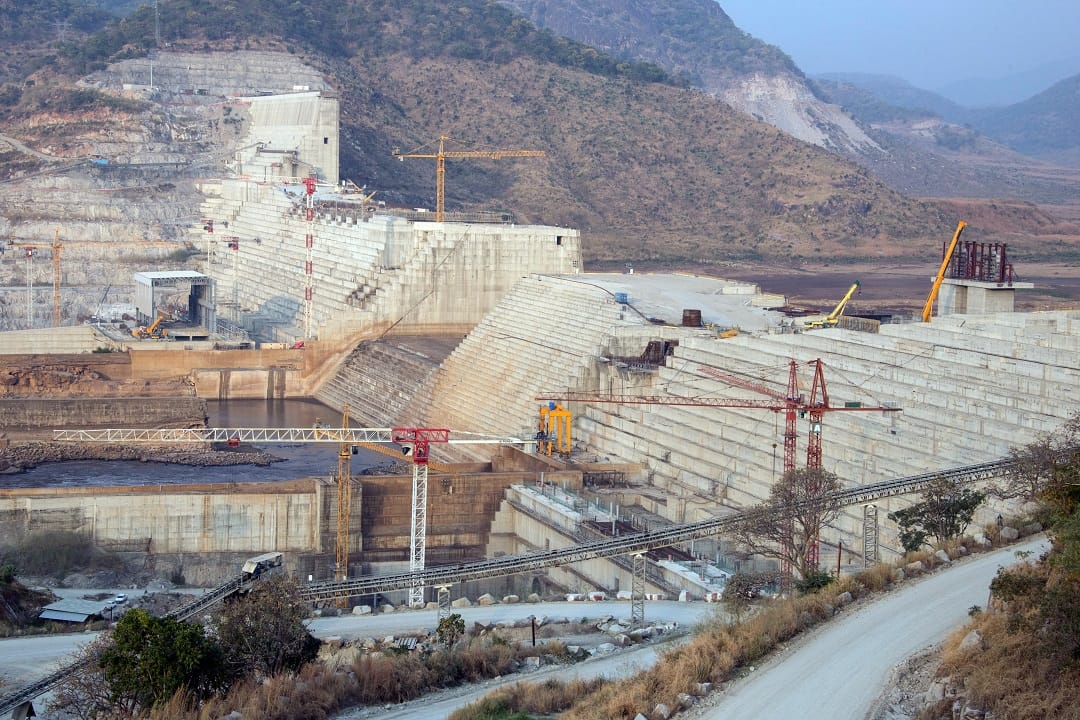 CAIRO: The Egyptian Minister of Irrigation and Water Resources Mohamed Abdel-Ati has accused Ethiopia of being responsible for the paused negotiations on the Grand Ethiopian Renaissance Dam (GERD) and the failure to reach an agreement.

The minister told the Egyptian parliament that “there is stubbornness on the Ethiopian side in the Renaissance Dam negotiations issue. It retreats from the terms that were agreed upon.”

He said that the GERD delay is a problem for the Egyptian state, noting that the Ministry of Irrigation works on the technical side of the dam, while the Ministry of Foreign Affairs handles political and legal aspects.

Abdel-Ati said that the US mediating side initially assisted in a draft agreement, which Egypt signed, but Ethiopia rejected the draft.

“Four meetings were held under the auspices of the African Union and five six-way meetings, in the presence of the ministers of irrigation and foreign affairs, and no agreement was reached,” he added.

Abdel-Ati noted that Egypt had responded to the initiative of the Sudanese prime minister, and many tripartite meetings were held, but they did not result in any progress.

The Sudanese Minister of Water Resources and Irrigation Yasser Abbas confirmed that there is a direct threat from the GERD to the Rossiris Dam, whose storage capacity is less than 10 percent of the Renaissance Dam’s capacity.

Abbas’ statements came during Khartoum meetings organized by the Ministry for Foreign Ambassadors to explain Sudan’s position on the Renaissance Dam.

Abbas stressed that this vicious cycle of talks cannot be continued indefinitely.

Less than six months remain before Ethiopia begins implementing its plan to start the second filling of the GERD next July, even without an agreement or daily exchange of data with Sudan.

Abbas said: “And because war is not an option, the Sudanese side started from an early stage a diplomatic move to put the international community before its responsibility from the Ethiopian threat and its threat to the lives of half of Sudan’s population on the Blue Nile.”

The minister sent a special message to Ethiopia that Sudan would not allow the filling and operating of the dam without a binding legal agreement that would secure the safety of its facilities and the lives of the Sudanese.

In recent years, Egypt and Sudan — the two downstream countries — fought negotiations with Ethiopia, the upstream country, to agree on the GERD that Addis Ababa is building on the Blue Nile, with Cairo and Khartoum fearing its negative effects.

The negotiations have stalled on several occasions, with the most-recent meeting at the end of last year. It remains unclear how to resolve the GERD issue, which presents the three countries with a national security issue.

Recently, Ethiopia announced the completion of 76.3 percent of the dam, stressing that it is aiming for development without harming the downstream countries.

Thousands of COVID vaccines from UAE arrive in Gaza