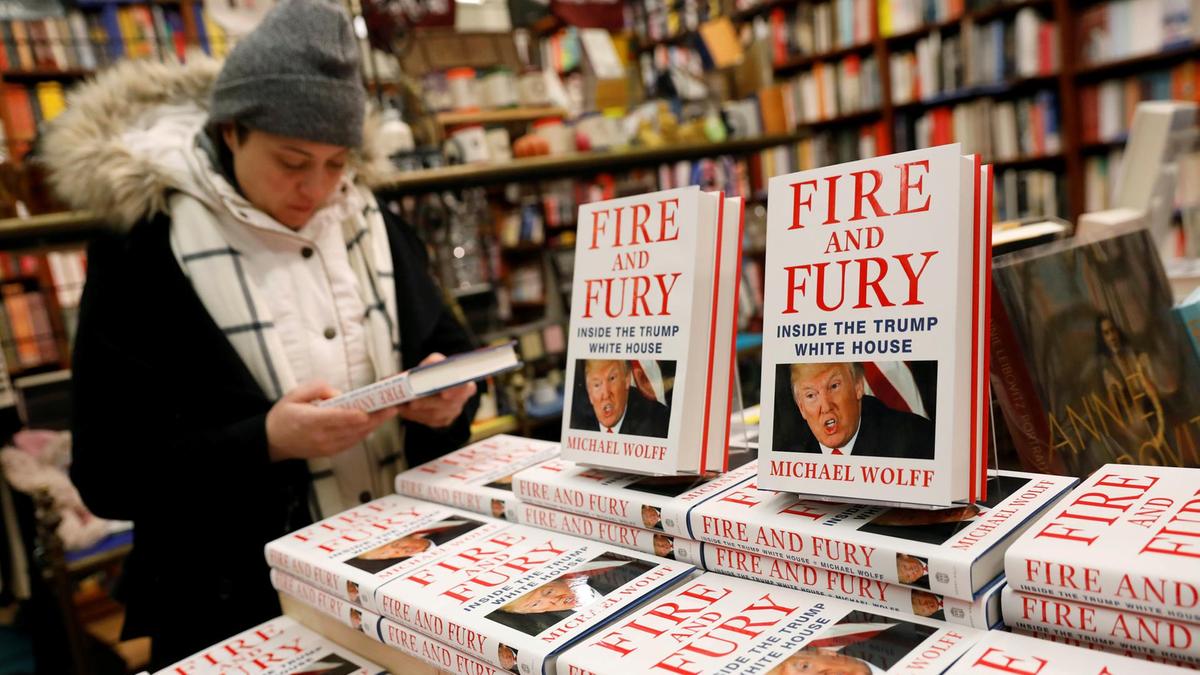 Five hundred authors and literary professionals in the US have signed an open letter urging publishers not to grant book deals to any members of the Trump administration.

The letter, fronted by author Barry Lyga, has been signed by a growing list of writers including the likes of Little Fires Everywhere author Celeste Ng, Star Wars author Chuck Wendig and American writer and commentator Charlie Jane Anders.

“Our country is where it is in part because publishing has chased the money and notoriety of some pretty sketchy people, and has granted those same people both the imprimatur of respectability and a lot of money through sweetheart book deals,” the letter begins.

It says that participation in outgoing President Donald Trump’s administration should be considered a “uniquely mitigating criterion” for publishing houses when considering book deals.

“No participant in an administration that caged children, performed involuntary surgeries on captive women and scoffed at science as millions were infected with a deadly virus should be enriched by the almost rote largesse of a big book deal. And no one who incited, suborned, instigated, or otherwise supported the January 6, 2021 coup attempt should have their philosophies remunerated and disseminated through our beloved publishing houses,” it states.

It goes on to cite the US’ “Son of Sam” law, which prevents criminals from benefiting financially from writing about their crimes.

“In that spirit, those who enabled, promulgated and covered up crimes against the American people should not be enriched through the coffers of publishing,” the letter continues.

“We are writers, editors, journalists, agents and professionals in multiple forms of publishing. We believe in the power of words and we are tired of the industry we love enriching the monsters among us, and we will do whatever is in our power to stop it.”

It comes after the Rupert Murdoch-owned New York Post claimed in November that Trump was “being bombarded with book and TV deals that could be worth a staggering $100 million”.

Hello, friends who signed the open letter for #NoBooksforTraitors! The letter is out now, with coverage in both @PublishersWkly and @latimes! Well done, all of you!

Earlier this month, Missouri senator Josh Hawley was forced to find a new publisher for his book, The Tyranny of Big Tech, after it was dropped by Simon & Schuster over his backing of claims of election fraud.

However, there are some concerns over the impact such moves could have on free speech in the country.

America’s National Coalition Against Censorship spoke out following Simon & Schuster’s decision. “Cancelling the book weakens free expression … It is crucial that publishers stand by their decision to publish, even when they strongly disagree with something the author has said,” the organisation said.

“Cancelling a book encourages those who seek to silence their critics, producing more pressure on publishers, which will lead to more cancellations. The best defence for democracy is a strong commitment to free expression.”

'The Apollo Murders': What we know about retired astronaut Chris Hadfield's first novel

'We Are All Birds of Uganda': Merky Books prizewinner tells story of intergenerational trauma felt by immigrants