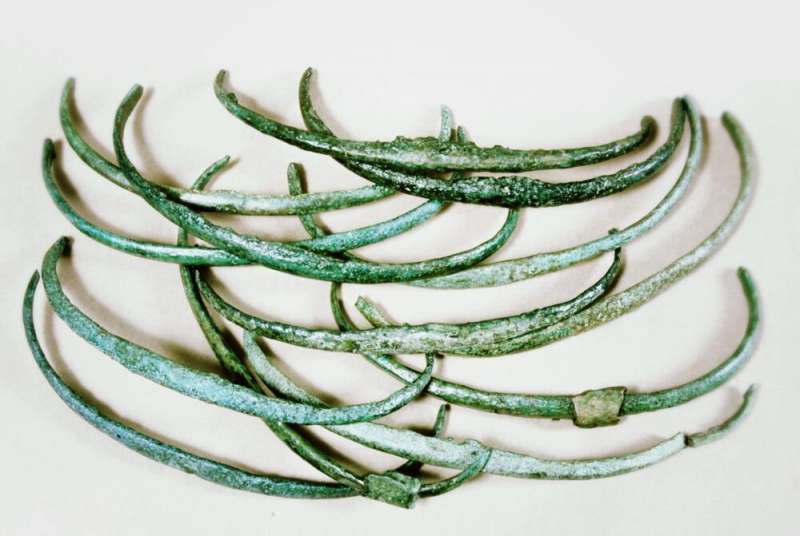 In the Early Bronze Age of Europe, ancient people used bronze objects as an early form of money, even going so far as to standardize the shape and weight of their currency, according to a study published January 20, 2020 in the open-access journal PLOS ONE by Maikel H. G. Kuijpers and Catalin N. Popa of Leiden University, Netherlands.

Money is an important feature of modern human society. One key feature of money is standardization, but this can be difficult to identify in the archaeological record since ancient people had inexact forms of measurement compared with today. In this study, the authors assessed possible money from the Early Bronze Age of Central Europe, comparing the objects based on their perceived—if not precise—similarity.

The objects studied were made of bronze in shapes described as rings, ribs, and axe blades. The authors examined more than 5,000 such objects from more than 100 ancient hoards. They statistically compared the objects' weights using a psychology principle known as the Weber fraction, which quantifies the concept that, if objects are similar enough in mass, a human being weighing them by hand can't tell the difference. 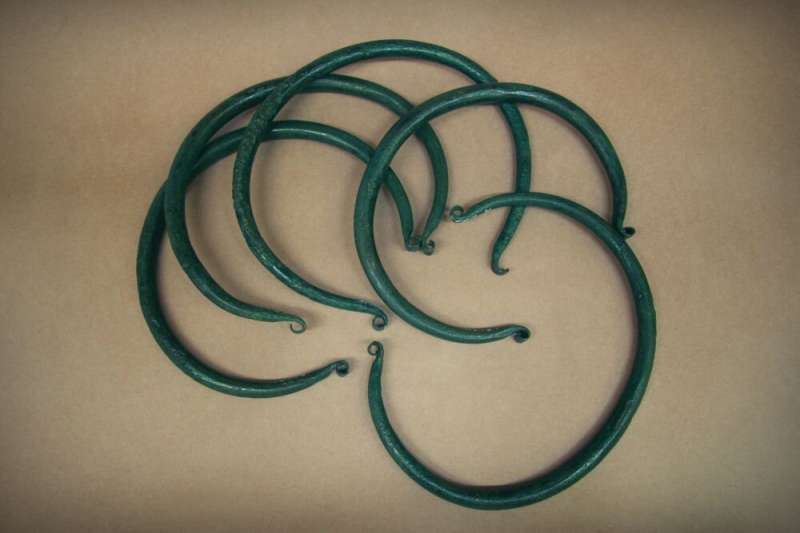 They found that even though the objects' weights varied, around 70% of the rings were similar enough to have been indistinguishable by hand (averaging about 195 grams), as were subsets of the ribs and axe blades.

The authors suggest that this consistent similarity in shape and weight, along with the fact that these objects often occurred in hoards, are signs of their use as an early form of standardized currency. Later, in the Middle Bronze Age of Europe, more precise weighing tools appear in the archaeological record along with an increase in scrap bronze, pointing to a developed system of weighing.

The authors add: "The euros of Prehistory came in the form of bronze rings, ribs and axes. These Early Bronze Age artefacts were standardized in shape and weight and used as an early form of money."