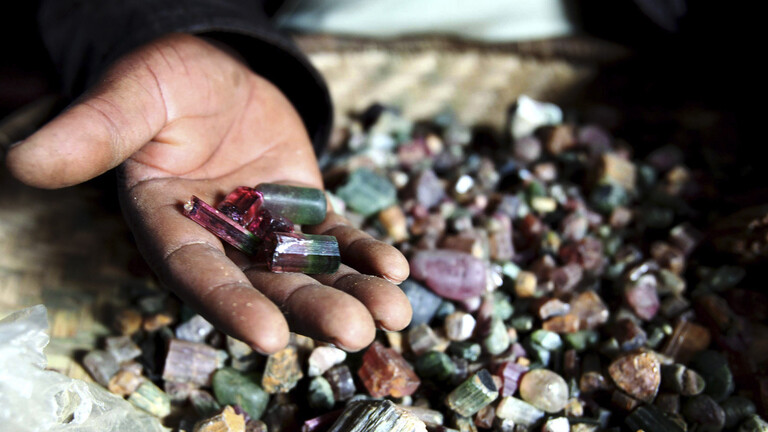 Uruguayan miners found a gemstone that resembles a purple heart, and the advantage of it is that it does not require any polishing, carving or polishing process.

According to the "Good News" website, after the precious stone that was found on the borders of Uruguay and Brazil was opened by miners, the prospectors were astonished to see what nature pronounced and appeared in the form of two "amethyst" hearts after splitting the stone.

Returning to the origin of the discovery, the responsible company began excavation work at the "Santa Rosa" mine in the Catalan region of Artigas, and it was not certain at the time whether anything of value would be revealed.

The land, with its terrain, provided difficult conditions for work, but the workers ’struggle was rewarded with the discovery of a precious jewel, the first time that the company had found a" stone of age ".

It is worth noting that the stone is currently for sale, which is a valuable opportunity for gem lovers and enthusiasts to acquire it.

The company shared the photos of the discovery with its followers on the media, as the audience was surprised, with many reactions that showed people amazed, and others said that this may be a sign of love from this planet.