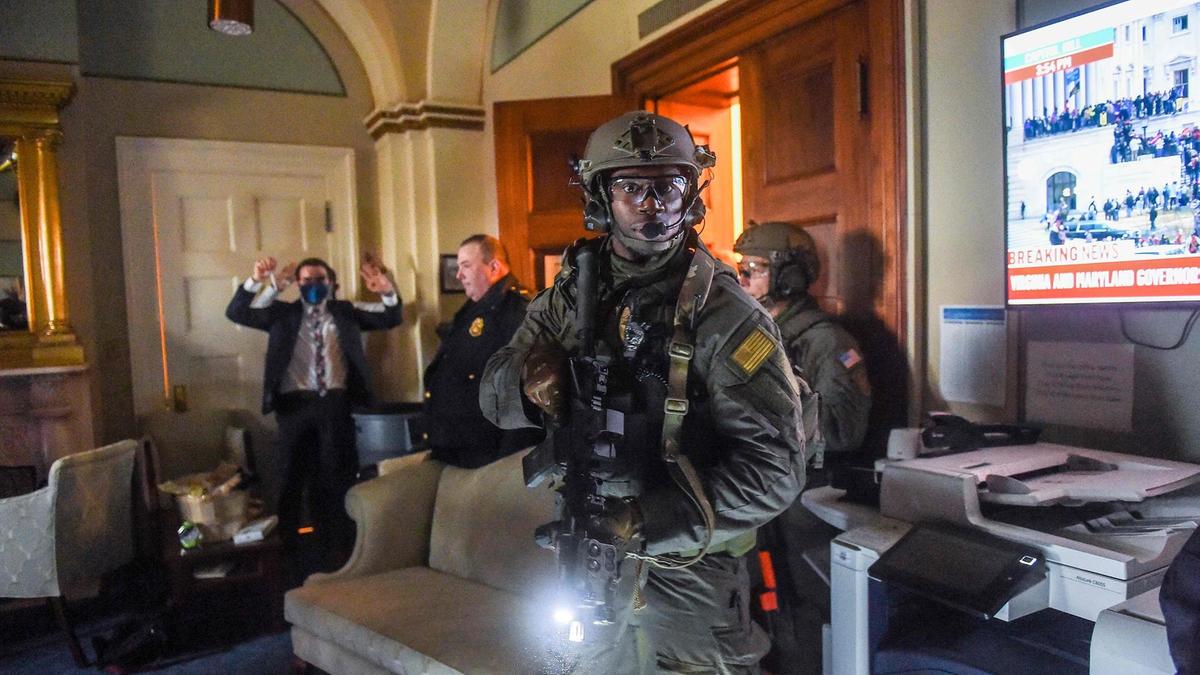 young woman is accused of storming the US Capitol and stealing a laptop from the office of top Democrat Nancy Pelosi with the hope of selling it to a Russian spy agency.

The FBI filed a complaint against Riley June Williams of Pennsylvania late on Sunday in a US District Court in Washington. She faces charges including "violent entry and disorderly conduct on Capitol grounds".

Relying on several photos and videos of the chaotic January 6 intrusion, an FBI agent said Ms Williams was seen near the office of Ms Pelsoi, the Speaker of the House of Representatives.

A witness, identified in the court document as W1 but who claimed to be "the former romantic partner of Riley June Williams", accused Ms Williams of planning to send the laptop to a friend in Russia to sell it to the country's foreign intelligence agency.

That sale "fell through for unknown reasons, and Williams still has the computer device or destroyed it", the affidavit said.

The FBI said it was still investigating.

The complaint says Ms Williams' mother, who lives in the city of Harrisburg, was shown pictures taken in the Capitol and confirmed a thin, brown-haired woman with glasses was her daughter.

She said her daughter had "taken a sudden interest in President Trump's politics".

Ms Williams travelled to Washington with her father, although the two were separated during the chaos that day.

The complaint said that after Ms Williams returned home, she packed a bag and told her mother she was leaving "for a couple of weeks".

"It appears that Williams has fled," the complaint said.

Dozens of those who forced their way into the Capitol have been arrested, usually with the help of photos and videos posted on social media.

The Capitol remains on lockdown before president-elect Joe Biden is inaugurated on Wednesday as president – an event the rioters had hoped to prevent.