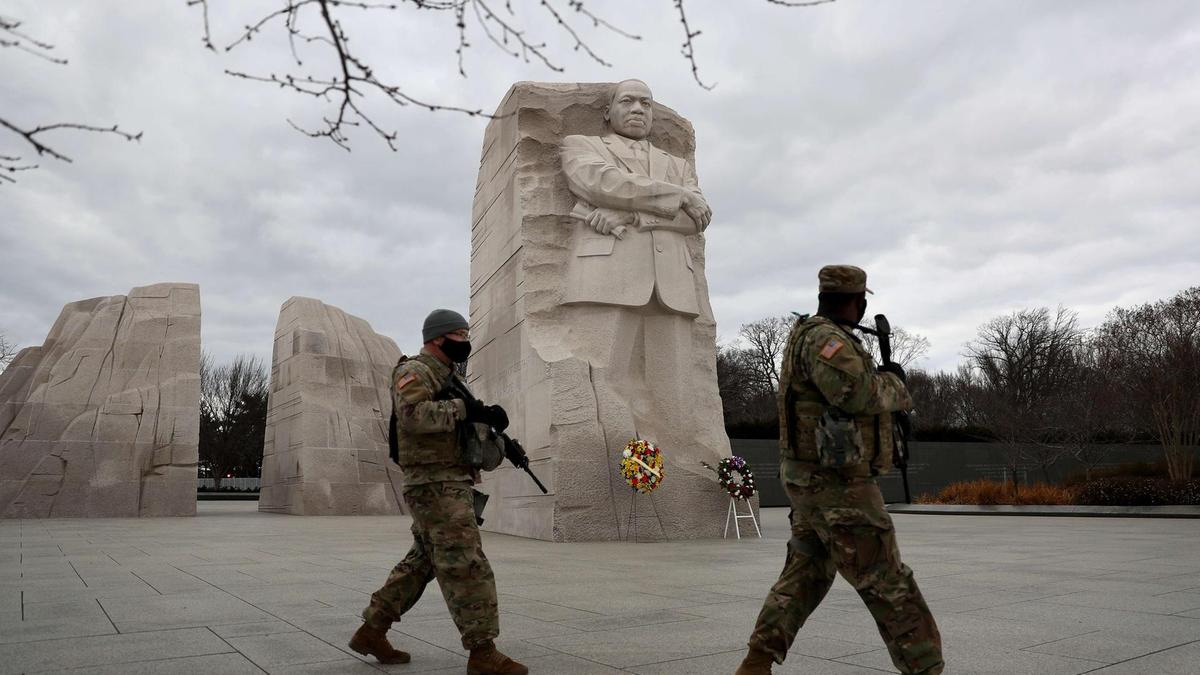 The memorial to Martin Luther King Jr was closed on his own holiday amid an unprecedented shutdown in downtown Washington in the lead-up to president-Elect Joe Biden’s inauguration on January 20.

“The National Park Service and the US Secret Service remind the public that security restrictions persistent to the 59th presidential inauguration have closed public access to the Martin Luther King Jr memorial through January 21,” the two agencies said on Sunday.

The monument lies along the serene tidal basin adjacent to the National Mall. The US Park Service took the rare step of closing the entire National Mall on Saturday amid fears that extremists could carry out violent attacks during inauguration day on Wednesday.

Rioters loyal to President Donald Trump stormed the US Capitol on January 6 in a failed attempt to prevent Congress from certifying Mr Biden’s election victory.

The National Guard has mobilised and formed an extensive security perimeter around downtown Washington that extends several city blocks past the National Mall, where King delivered his famous "I have a dream" speech.

Police arrested a Virginia man on Friday after he attempted to enter the secure area with a handgun and 500 rounds of ammunition by using a fake inauguration credential.

Twitter users lamented the closure of the memorial to the civil rights hero.

"White Supremacy seeks to destroy Americans' honour of our institutions – from Congress to national memorials," one user wrote.

Another called the action "sad and tragic".

The memorial’s closure is especially significant after mass Black Lives Matter protests throughout the country last year, including in the capital.

Please don’t act like everyone loved my father. He was assassinated. A 1967 poll reflected that he was one of the most hated men in America. Most hated. Many who quote him now and evoke him to deter justice today would likely hate, and may already hate, the authentic King. #MLK pic.twitter.com/yGdQXL5MJ3

Dr King’s daughter, Bernice King, drew a direct parallel to the backlash against her father during the US civil rights movement and modern criticism of the Black Lives Matter marches.

“He was assassinated. A 1967 poll reflected that he was one of the most hated men in America. Most hated. Many who quote him now and evoke him to deter justice today would likely hate, and may already hate, the authentic King.”