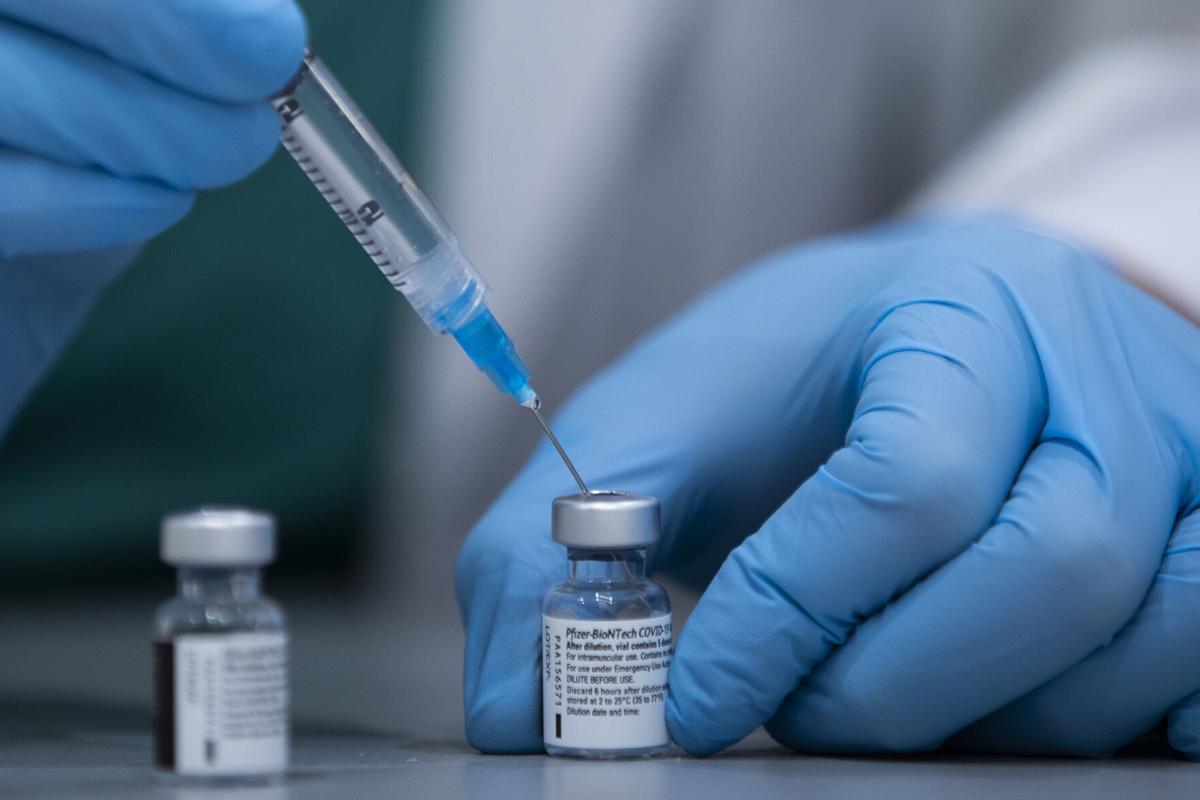 BEIRUT: Lebanon finalized a deal with Pfizer on Sunday for 2.1 million doses of the coronavirus vaccine amid surge in infections that has overwhelmed the country’s health care system.
The doses are to arrive in Lebanon starting early February, according to Lebanon’s health ministry.
The government’s statement said the Pfizer vaccines will be complemented with another 2.7 million doses from the UN-led program to provide for countries in need. It gave no date for when those doses are expected to arrive but said the agreement was signed in October.
A lawmaker earlier told The Associated Press the Pfizer deal being negotiated is for $18 a dose, a price that takes into consideration Lebanon’s economic troubles, and is expected to cover 20% of the population for free. A World Bank loan is to cover most of the cost.
Another 2 million doses are being negotiated in coordination with Lebanon’s private sector and the other international pharmaceutical companies that have developed the vaccines, the ministry said. It named Oxford-Astrazeneca and China’s Sinopharm as the international sources.
Lebanon, a country of more than 6 million, including at least 1 million refugees, has seen a massive climb in infections since Christmas and New Year holidays. The surge has overwhelmed hospitals and the health care system.
During the holiday season, restrictions in place for months to combat the virus were eased to encourage spending by some 80,000 expatriates who returned home to celebrate. The pandemic has hit Lebanon at a time when it already was struggling with a crippling economic and financial crisis. The combination has sent the country’s currency tumbling, banks putting informal controls on withdrawals and businesses shuttering around the country.
As infections increased and ICU beds filled up, authorities imposed the strictest lockdown yet starting last Thursday, hoping that restrictions in place until February 1 could help contain the rise.
In recent weeks, between 4,000 and 5,000 infections were recorded a day and a rise in daily death tolls, up from numbers that hovered around 1,000 since November.
In the first 11 days of January alone, Lebanon’s Red Cross said it has transported over 1,200 COVID-19 patients to hospitals.

Lebanon has so far recorded 249,158 infections and some 1,866 deaths.
Many have expressed concern the measures have come too late — many hospitals have already reached maximum capacity for coronavirus patients, some have run out of beds, oxygen tanks and ventilators while others have halted elective surgeries.
There are already calls to extend the lockdown beyond Valentine’s Day on February 14— another widely celebrated holiday in Lebanon.
Following bureaucratic delays, the country now is putting hopes on vaccines. Parliament approved on Friday the law that allowed for signing the final deal with Pfizer, offering guarantees for pharmaceutical companies for emergency rollout of the vaccine. Lebanon has at least 12 refrigerators to store the vaccine.
Gulf countries, along with Israel, were the first in the Middle East to secure vaccines and begin inoculating their populations. Iran, which has struggled with the worst outbreak in the region, announced it is banning the import of American and British vaccines and had began in December the human test phase of its homemade vaccine.
Neighboring Syria, torn by the 10-year conflict, is waiting for securing vaccines through the UN-led program but President Bashar Assad said he will discuss with ally Russia securing the vaccine developed there. Iraq said it secure Pfizer vaccines by early this year, but has not released any more information, including inoculation plans.
In Egypt, the Arab world’s most populous country, health authorities said earlier this month the Chinese vaccine has been approved for emergency use, and inoculations would begin within two weeks. It is also negotiating with Pfizer and Oxford-Astrazeneca.
The second stage targets people who are over 50, health practitioners, and those who have asthma, diabetes, chronic kidney disease, chronic heart disease including coronary artery disease, chronic obstructive pulmonary disease, or active cancer, and those with a BMI of between 30 and 40.
The final stage targets all citizens and residents wanting to take the vaccine.
The Ministry of Health on Thursday reported 11 new COVID-19-related deaths. The death toll is now 6,091.
There were 181 new cases reported in the Kingdom, meaning 360,516 people have now contracted the disease. There are 3,060 active cases, 453 of which are in a critical condition.
According to the ministry, 45 of the newly recorded cases were in Riyadh, there were 37 in Makkah, and 26 in Madinah. The total number of recoveries in the Kingdom has increased by 173 to 351,365. Saudi Arabia has conducted more than 10.5 million PCR tests so far, with 39,441 carried out in the past 24 hours.