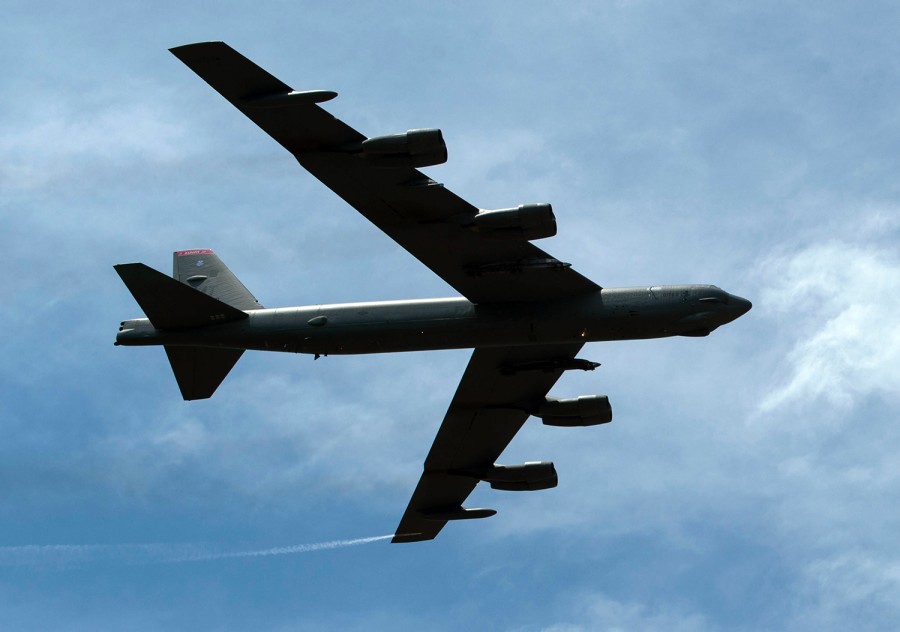 US B-52H Stratofortress bombers flew over the Middle East on Sunday in a show of military strength amid heightened tensions with Iran.

The “presence patrol” mission took place a a day after two Iranian ballistic missiles reportedly landed within 100 miles of a US aircraft carrier strike group in the northern Indian Ocean.

It is the fifth time in recent months that the US Air Force has flown similar missions over the region as tensions between Tehran and Washington escalated.

US Central Command, which oversees American military operations in the region, said aircrews successfully completed the mission on Saturday.

Earlier reports in Israeli media said two of the giant aircraft were seen flying over Israel.

“Short-term deployments of strategic assets are an important part of our defensive posture in the region,” he said. “The training opportunity and continued integration with regional partners improves readiness and delivers a clear and consistent message in the operational environment to both friends and potential adversaries, alike.”

Newspaper: Russia is armed with the longest submarine in the world