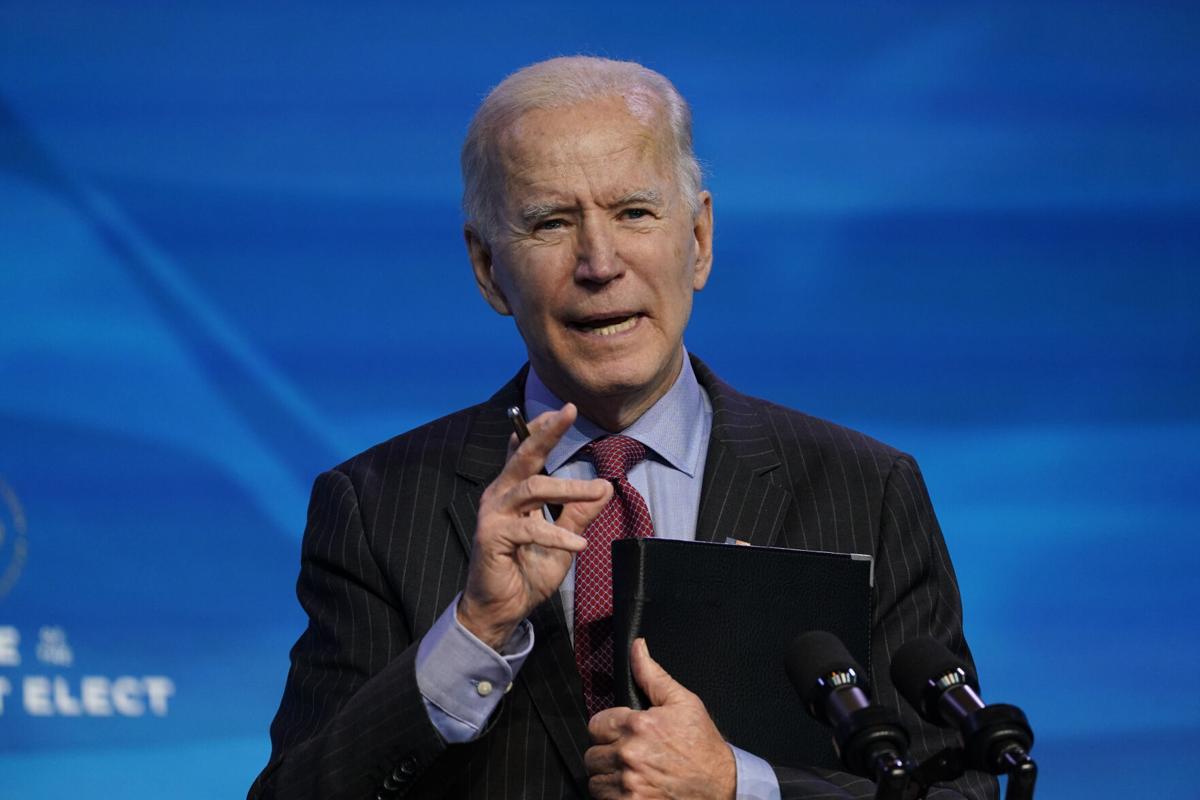 President-elect Joe Biden will on Friday outline his plan to ramp up vaccinations against COVID-19 as he prepares to take office amid soaring infection rates and an early rollout by the Trump administration he called “a dismal failure.”

Biden has promised to take more serious action to curb the virus than his predecessor, President Donald Trump, and get 100 million vaccine shots into the arms of Americans during his first 100 days in office.

“The vaccines offer so much hope ... but the vaccine rollout in the United States has been a dismal failure thus far,” Biden said in remarks late on Thursday as he unveiled a $1.9 trillion stimulus plan to tackle the virus and revive the pandemic-hit economy.

The Democrat, who takes office on Wednesday, is expected to set out in more detail his plan to stem the coronavirus that has killed more than 385,000 people in the United States and infected nearly 7% of the population.

He will set out the plan on Friday afternoon near his home in Wilmington, Delaware.

In announcing his stimulus proposal, which includes $20 billion for vaccine distribution as well as $50 billion for coronavirus testing, Biden pledged to “move heaven and earth” to vaccinate more Americans.

“This will be one of the most challenging operational efforts we’ve ever undertaken as a nation,” Biden said.

The Trump administration had aimed to give vaccine doses to 20 million Americans by the end of 2020, but fell far short of that target.

Only 11.1 million coronavirus shots had been administered as of Thursday out of more than 30 million doses distributed to states, according to data from the U.S. Centers for Disease Control and Prevention.

The Trump administration said this week it was releasing millions of COVID-19 vaccine doses it had been holding back for second shots and urged states to offer them to all Americans over age 65 or with chronic health conditions in an effort to speed up distribution. The administration says it expects to reach 1 million shots a day by the end of next week.