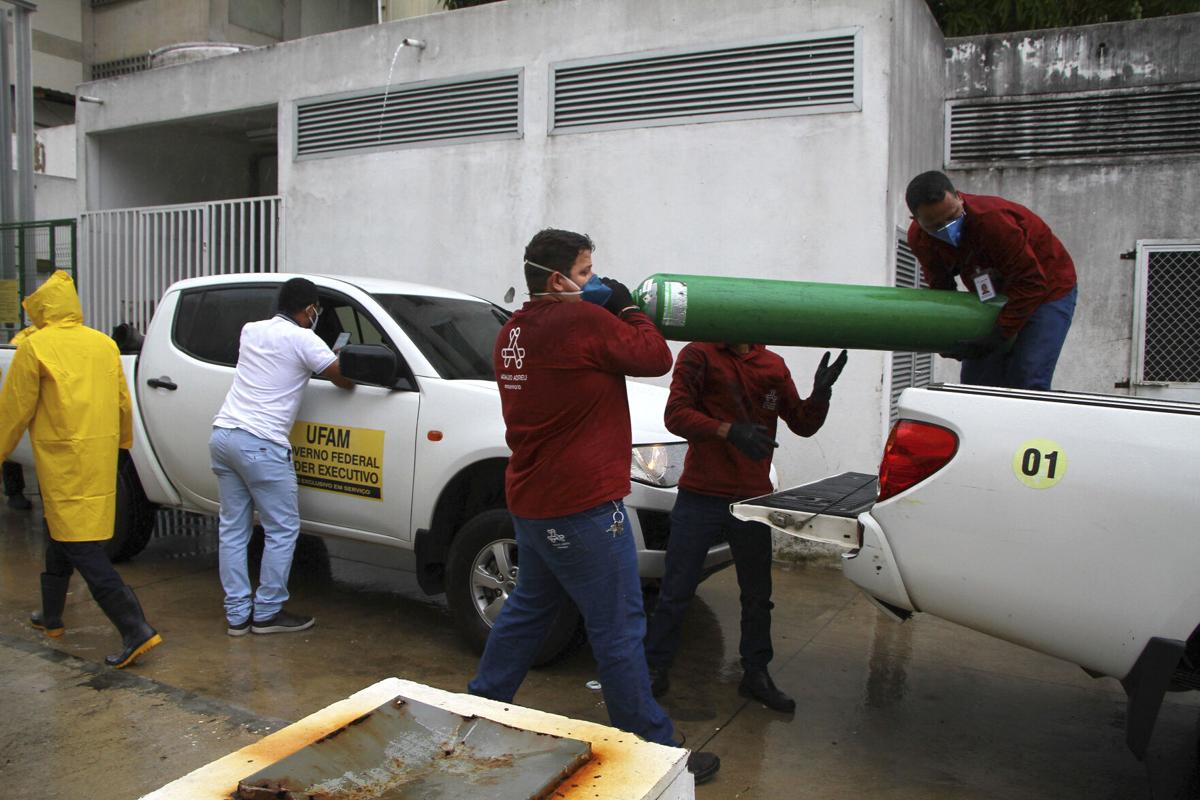 The Brazilian state of Amazonas is running out of oxygen during a renewed surge in COVID-19 deaths, its government said on Thursday, with media reporting that people on respirators were dying of suffocation in hospitals.

The state has made a dramatic appeal to the United States to send a military transport plane to the capital city Manaus with oxygen cylinders, Amazonas Congressman Marcelo Ramos said.

“They took my father off the oxygen,” Raissa Floriano said outside the 28 de Agosto hospital in Manaus, where people protested that relatives suffering serious cases of COVID-19 were being unhooked from ventilators for lack of oxygen.

Sobbing, Floriano said she was looking for an oxygen cylinder to save her 73-year-old father Alfonso.

Brazil is home to the world’s second-deadliest coronavirus outbreak after the United States, and Manaus was one of the first Brazilian cities struck by a spiraling death count and case load from the first wave of the pandemic last year.

With emergency services pushed to breaking point, Governor Nelson Lima announced a 7 p.m. to 6 a.m. statewide curfew to stop the spread of coronavirus in a devastating second wave.

Health authorities said oxygen supplies had run out at some hospitals and intensive care wards were so full that scores of patients were being airlifted to other states.

People in Manaus are again dying at home from COVID-19.

To make matters worse, a new variant of the virus was detected in Japan on Sunday in four people who had come from Amazonas.

Researchers have not established how infectious or lethal the variant is, but biomedical center Fiocruz said it had detected the virus in a 29-year-old woman who had already tested positive nine months earlier.

The neighboring state of Pará announced on Thursday it was banning travel boats coming down the river from Amazonas, citing a rise in cases and the identification of the new variant.

Amazonas health secretary Marcellus Campelo said the state needs almost three times more oxygen that it can produce locally and appealed for supplies from other states.

Public health experts gave dramatic accounts of people dying of COVID-9 in ICUs with no oxygen.

“The oxygen ran out and the hospitals have turned into suffocation chambers,” Fiocruz-Amazonia researcher Jesem Orellana told the Folha de S.Paulo newspaper. “Patients who manage to survive could suffer permanent brain damage,” he said.

Brazil approves Pfizer's COVID-19 shot, but has none to use