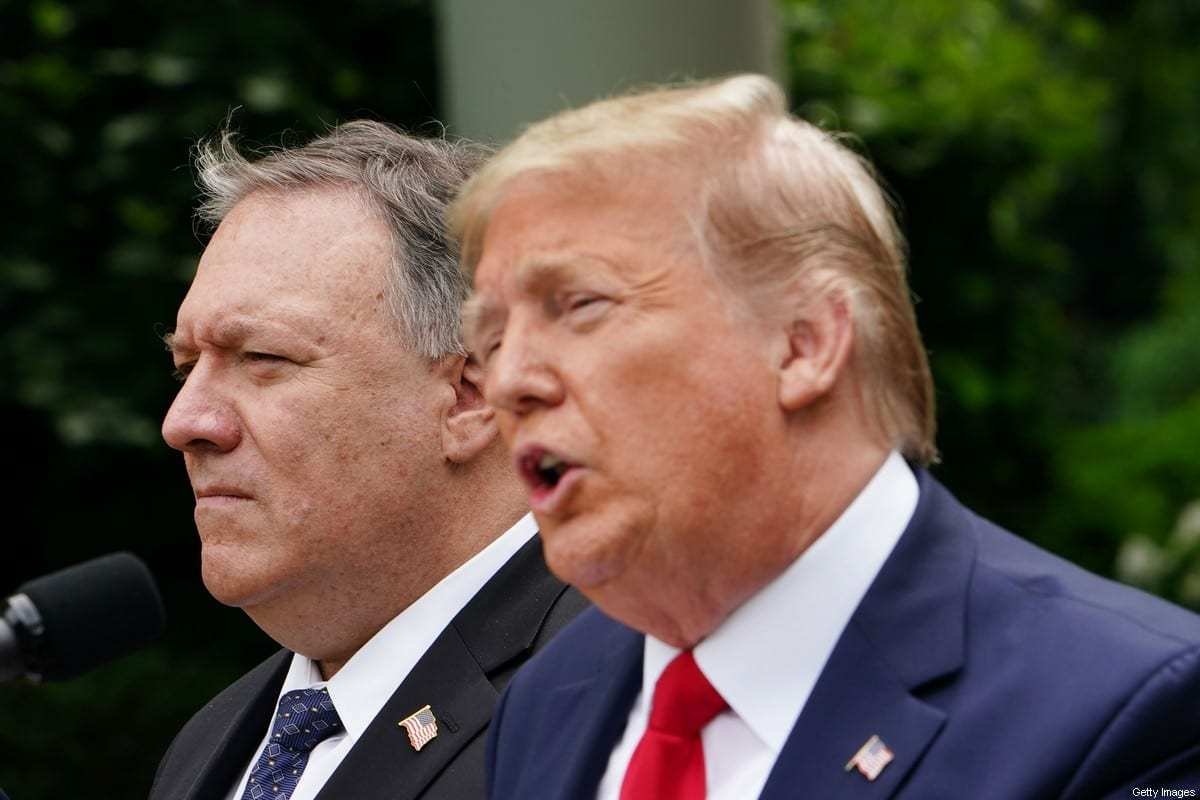 US State Secretary Mike Pompeo has suggested that outgoing President Donald Trump should be awarded the Nobel Peace Prize for promoting harmony between Arab countries and Israel.

This comes despite Trump facing trial in the Senate after becoming the first US president to be charged with misconduct in office for a second time.

The trial will be held after the president leaves office next Wednesday.

Pompeo's suggestion was made on his official Twitter account, with a photo of Trump waving from a White House balcony with Israeli Prime Minister Benjamin Netanyahu and senior officials from the United Arab Emirates (UAE) and Bahrain and a message that only included a link to the Nobel committee.

This comes after Netanyahu and Abu Dhabi's Crown Prince Mohammed Bin Zayed were put forward for the award by Nobel laureate Lord David Trimble last year for normalising relations between Israel and the UAE.

Following the signing, a far-right Norwegian politician, Christian Tybring-Gjedde, said he had also nominated the US president for the award.

"For his merit, I think he has done more trying to create peace between nations than most other Peace Prize nominees," Tybring-Gjedde, who heads Norway's delegation to NATO, told Fox News.

Tybring-Gjedde wrote in his nomination letter to the Nobel Committee that "as it is expected other Middle Eastern countries will follow in the footsteps of the UAE, this agreement could be a game changer that will turn the Middle East into a region of cooperation and prosperity," the report said.

The UAE was the first Arab country to establish diplomatic ties with Israel last year, it was quickly followed by Bahrain, Sudan and, more recently, Morocco. The agreements were slammed by Palestinian officials.

The winner of the 2021 Nobel Peace Prize, which is selected by a panel of five people appointed by the Norwegian parliament, will be announced in October.

Ethiopian Prime Minister Abiy Ahmed was named the 2019 Nobel Peace Prize laureate in recognition of his efforts to make peace with foe Eritrea.