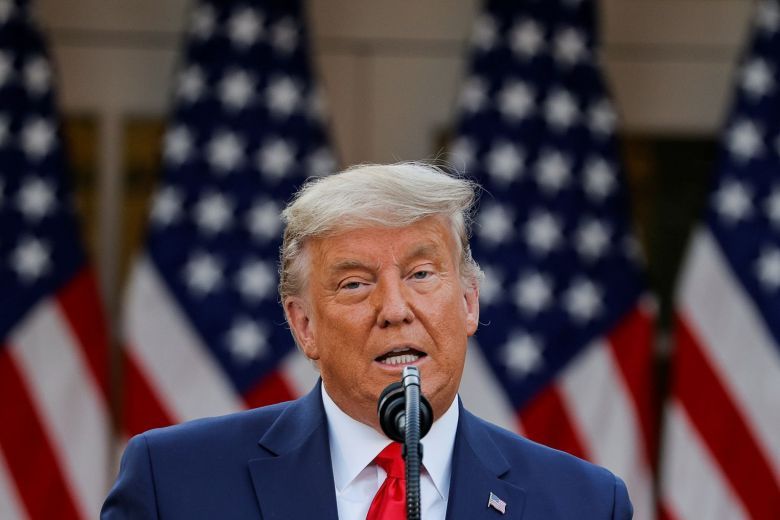 US President Donald Trump posted a new video on Twitter condemning supporters who rioted at the US Capitol on Wednesday.

He also appeared to recognise the results of the 2020 presidential election after weeks of contesting the race.

"Now, Congress has certified the results, and a new administration will be inaugurated on January 20," he said.

The president did not mention the name of his opponent, president-elect Joe Biden, in the video, but he acknowledged the Congressional certification that resulted in Mr Biden's favour.

"My focus now turns to ensuring a smooth, orderly and seamless transition of power," he said. "This moment calls for healing and reconciliation."

No credible evidence of such fraud has been discovered.

The president still has yet to formally concede the election and the video appears to be his first acknowledgement of the election's results.

"Like all Americans, I am outraged by the violence, lawlessness and mayhem," Mr Trump said. "The demonstrators who infiltrated the Capitol have defiled the seat of American democracy."

He addressed a rally of supporters on the Eclipse lawn near the White House early Wednesday afternoon.

At the gathering, Mr Trump repeated unsubstantiated claims of how the 2020 presidential election had been stolen and he encouraged supporters to march down to the Capitol.

The rallygoers, many armed, then walked to the Capitol, where hundreds violently stormed the legislative building.

The actions led to four deaths, as well as dozens of arrests.

Authorities say they are continuing to identify and bring criminal charges against those who were involved in the acts of insurrection in Washington, DC.

Mr Trump claimed that he "immediately deployed the National Guard and federal law enforcement to secure the building and expel the intruders" in the video.

Multiple US news organisations, including CNN, report that this was not the case. US senators and representatives also confirm that this is not true.

The video comes after multiple White House officials resigned over the violence on Wednesday, including a Cabinet member, Secretary of Transport Elaine Chao.

Democratic Senate leader Chuck Schumer and Speaker of the House Nancy Pelosi have called for Cabinet members to invoke the 25th Amendment, which puts into action the removal of the president from office.

Ms Pelosi threatened to start the process to impeach the president in the House if movement was not made towards enacting the 25th Amendment.

"Serving as your president has been the honour of my lifetime," he concluded. "And to all of my wonderful supporters, I know you are disappointed, but I also want you to know that our incredible journey is only beginning."

The video is the first tweet Mr Trump made after a 12-hour ban from Twitter, which also ordered him to delete two incendiary tweets posted on Wednesday.