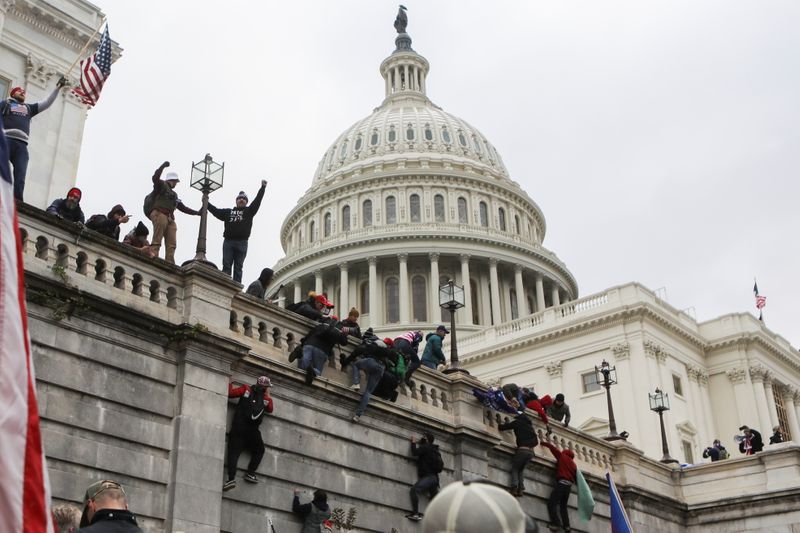 Members of the U.S. Congress on Thursday asked why the police force charged with protecting them allowed hundreds of supporters of President Donald Trump to burst into the Capitol, smashing windows, stealing and sending lawmakers fleeing.

Officers in the 2,000-member Capitol Police fell back as the crowds advanced on Wednesday, allowing Trump supporters angry about his election defeat into the chambers of Congress to disrupt Congress’ certification of President-elect Joe Biden’s victory.

Trump supporters ransacked members’ offices, stole at least one computer and left threatening messages as they roamed through the building for hours in a rampage that left four people dead - one shot by police and three who died of medical emergencies.

The images of the crowd racing through the building - many with Trump flags and his signature red hats - stood in sharp contrast to the handling of anti-racism protests near the White House this summer.

The White House was surrounded by multiple blocks of buffer and law enforcement officers used tear gas, projectiles and at one point the downward blast of a helicopter’s rotor to push back protesters separated from the building by multiple rings of fencing.

In contrast, the streets around the Capitol were open on Wednesday morning, and scatterings of Capitol Police stood at low metal barriers resembling bicycle racks.

“There was a severe systemic failure in securing the building’s perimeter and in the response once the building was breached,” House Appropriations Committee Chairwoman Rosa DeLauro and Representative Tim Ryan, who is leading a probe, said in a statement.

“We must get to the bottom of these breakdowns and prevent them from ever happening again,” they added.

When she joined dozens of House of Representatives members in the safe room where they sheltered on Wednesday night after protesters attempted to burst into their chamber, Speaker Nancy Pelosi vowed to review how long it had taken reinforcements for the Capitol Police to arrive. 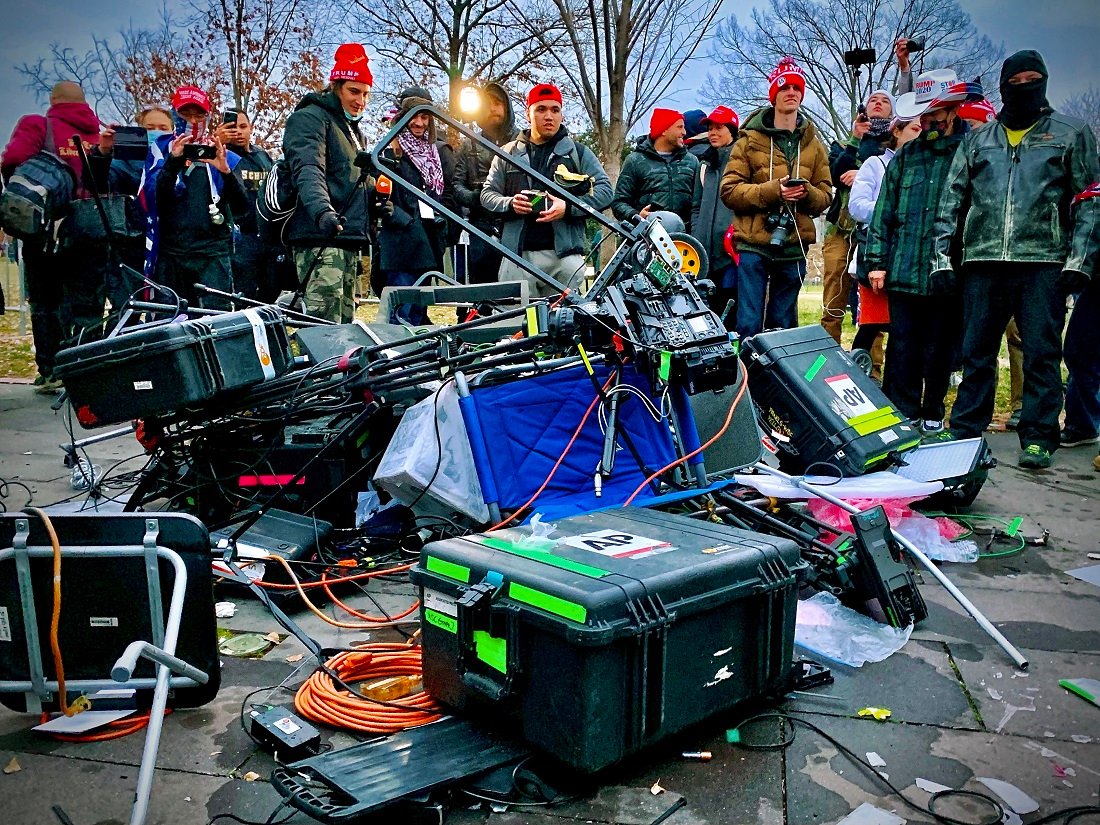 Pelosi said she had had a steady stream of calls all day asking why reinforcements including the National Guard had not been dispatched to the building more quickly.

“Why are they not coming now? Almost a constant flow of calls,” Pelosi said. “That is something to review.”

Pelosi and other lawmakers also praised the Capitol Police for having protected them, their staff and the news media during the incident. Many officers were injured.

Democratic Senate Leader Chuck Schumer on Thursday told Politico he would fire the Senate Sergeant-at-arms, Mike Stenger, when his party takes the majority this month if Stenger has not quit by then.

Capitol Police officials did not respond to inquiries about why they had not cordoned off the area around the Capitol or brought in more support officers to protect the complex ahead of the protests, which had been public knowledge for weeks and which Trump himself urged to be “wild.”

The FBI sought the public’s help in identifying the rioters. Some of the 68 people arrested after Wednesday’s incidents were due in court on Thursday, with most facing initial charges of violating a curfew imposed to quell the unrest.

On Thursday, crews installed seven foot (2 m) fencing around the Capitol building. Police nearby said they had been instructed not to talk to reporters.

Capitol Police Chief Steven Sund in a statement that the officer who shot dead female protester Ashli Babbitt, who was part of a group trying to force their way into the House chamber, was placed on administrative leave while the shooting is investigated.

Sund praised his officers, saying they “responded valiantly” when demonstrators attacked them with “metal pipes, discharged chemical irritants and took up other weapons” and also faced two pipe bombs.

“The actions of the USCP officers were heroic given the situation they faced,” Sund said in a statement. He also said police would review security plans for Biden’s inauguration on Jan. 20. 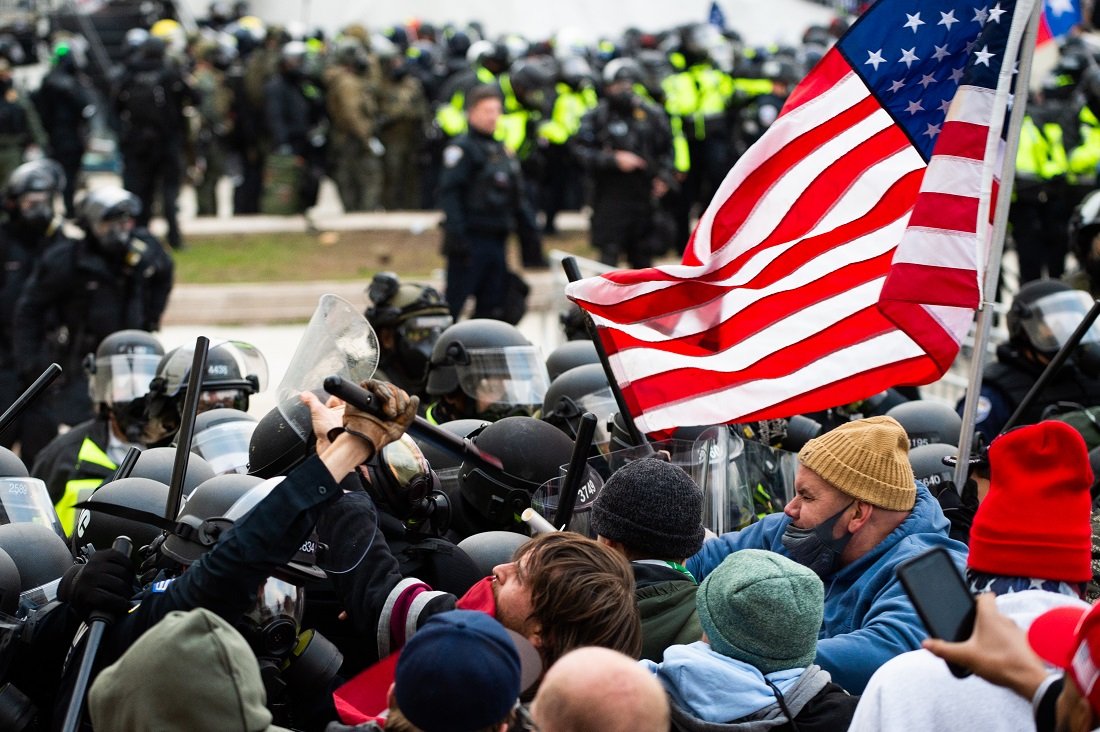 A senior administration official said the Capitol Police had rejected offers for additional training from the Department of Defense ahead of the incident.

“DOD was in touch with Capitol Police and urged them to accept help in training and preparedness,” said the official, who asked for anonymity to discuss security matters. “There was concern about having too much of a militarized presence, but this was about training and how to set up the perimeters and a layered defense, and they turned that down too.”

Small knots of Trump supporters remained outside the Capitol on Thursday as the new fence went up.

“We will have a secure inauguration,” Acting Homeland Security Deputy Secretary Ken Cuccinelli told Fox News. “You won’t see a repeat” of Wednesday he added, “I expect that this is going to be a one-time event. It’s been learned from.”

Does Abbas intend to run for president after all?