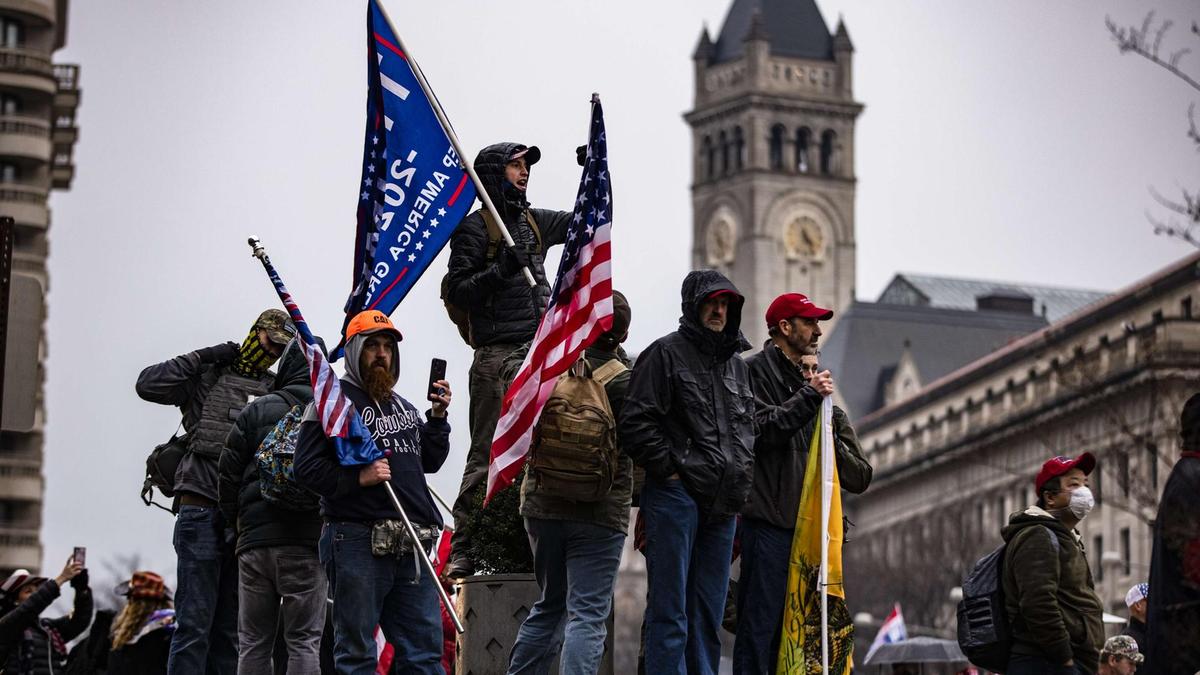 President Donald Trump will address a gathering of his supporters in Washington DC on Wednesday as he seeks to rally support for his last-ditch efforts to overturn his loss to president-elect Joe Biden.

The White House confirmed Tuesday that Mr Trump would speak at a rally on the Ellipse, south of the White House.

He made the appearance official with a tweet on Tuesday evening.

The protests coincide with Wednesday’s congressional vote expected to certify the electoral college results, which Mr Trump continues to dispute.

I will be speaking at the SAVE AMERICA RALLY tomorrow on the Ellipse at 11AM Eastern. Arrive early — doors open at 7AM Eastern. BIG CROWDS! pic.twitter.com/k4blXESc0c

With Washington businesses boarding up their windows, Mayor Muriel Bowser has requested a limited National Guard force to bolster the Metropolitan Police Department.

On Monday, Ms Bowser urged local residents to stay away from the city centre and avoid confrontations with anyone who is “looking for a fight".

But she said: “We will not allow people to incite violence, intimidate our residents or cause destruction in our city.”

Election officials from both parties, governors in battleground states and Mr Trump’s former attorney general, William Barr, have said there was no widespread fraud in the election.

Nearly all the legal challenges from Mr Trump and his allies have been dismissed by judges, including two rejected by the Supreme Court.

A pro-Trump rally on December 12 ended in violence as hundreds of his supporters, wearing the black and yellow of the Proud Boys faction, sought confrontations with local activists trying to bar them from Black Lives Matter Plaza near the White House.

On Monday, police arrested the leader of the Proud Boys, Henry “Enrique” Tarrio, 36, after he arrived in Washington before this week’s protests.

Mr Tarrio was accused of burning one of the Black Lives Matter banners in December.

Organisers planned to rally on Tuesday evening at Freedom Plaza and all day Wednesday on the Ellipse, including a 1pm Wednesday march to the Capitol.

Expected attendees include high-level Trump supporters such as Texas Attorney General Ken Paxton and Republican strategist Roger Stone, a long-time devotee whose three-year prison sentence was commuted by the president.

Mr Stone was convicted of repeatedly lying to Congress during the investigation into Russian interference in the 2016 election.

A November pro-Trump rally drew about 15,000 participants. The December 12 rally drew smaller numbers, but a larger contingent of Proud Boys.

Acting police chief Robert Contee on Monday said sealing the area again was “a very real possibility” but said that decision would depend on the circumstances.

“We know that historically over the last few demonstrations that BLM Plaza has been a focal point,” Mr Contee said.

“We want to make sure that that is not an issue.”