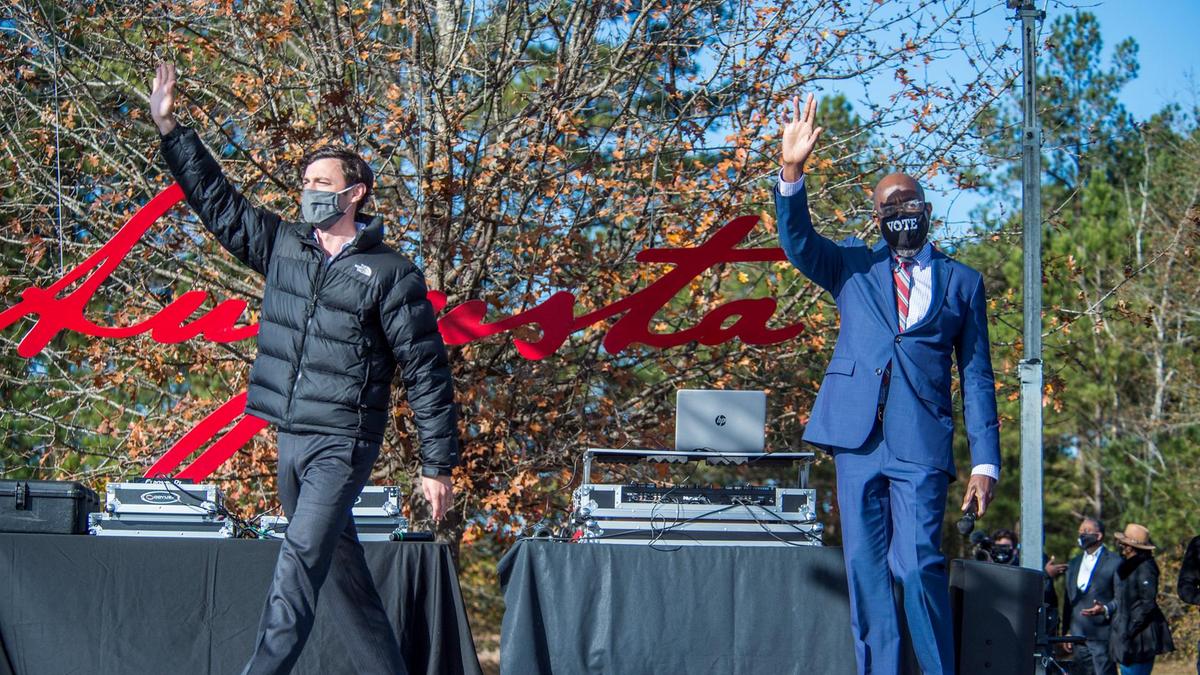 NBC News and Associated Press have projected that Democratic candidate for US Senate in Georgia, Raphael Warnock, will defeat Republican incumbent Kelly Loeffler in a hotly contested special run-off election.

With 97 per cent of the votes counted in the state, Warnock leads Loeffler by approximately 40,000 votes.

It's one of two special-runoff election in which the Democrats need to win to gain control of the US Senate, which currently has a Republican majority.

Democratic candidate Jon Ossoff, also recently took a slim lead against incumbent Republican senator David Perdue, although that race has not yet been called.

US President-elect Joe Biden on Wednesday congratulated Mr Warnock's victory and was confident "John Ossoff will also be victorious".

"I congratulate the people of Georgia, who turned out in record numbers once again, just as they did in November, to elect two new Senators, demand action, and call on our elected leaders to end the gridlock and move us forward as a nation," Mr Biden said in a statement.

"I also congratulate the twin powers of Georgia, Stacey Abrams and Keisha Lance Bottoms, who have laid the difficult groundwork necessary to encourage turnout and protect the vote over these last years. And I want to thank the local and state election officials and poll workers who yet again in a pandemic, with historic turnout, and under immense political pressure, upheld their duty to hold a free and fair election."

An Ossoff victory will give an incoming Biden administration a major boost, putting control of the House of Representatives, Senate and White House in the Democratic party's column.

If Republicans hold the second seat, they would effectively wield veto power over Biden's political and judicial appointees as well as many of his legislative initiatives in areas such as economic relief from the coronavirus pandemic, climate change, healthcare and criminal justice.

Mr Trump's relentless but flailing efforts to overturn the election in Georgia and nationally will move to Congress on Wednesday, when Vice President Mike Pence presides over the counting of electoral votes to certify Biden's victory.

Mr Trump's supporters plan to rally in the streets of Washington. Trump has repeatedly called on Pence to throw out the results in states he narrowly lost, although Pence has no authority to do so.

Trump's attacks on the November election split his party and drew condemnation from critics who accused him of undermining democracy. Gabriel Sterling, a Republican and a top official in the Georgia Secretary of State's Office, told CNN that if Democrats won, the losses would "fall squarely on the shoulders of President Trump and his actions since November 3."

The victory by Warnock, a preacher at Atlanta's Ebenezer Baptist Church legendary in Georgia because of its role in the civil rights movement under King, was the first win by a Democrat in a US Senate race in the state in 20 years.

The result underscored the state's political transformation in recent years, made evident by Biden's narrow statewide win over Trump in the November 3 election - the first victory for a Democratic presidential candidate in Georgia since 1992.

"We were told that we couldn’t win this election. But tonight, we proved that with hope, hard work and the people by our side, anything is possible," Mr Warnock told supporters in a livestream message before he was projected the winner.

"I am going to the Senate to work for all of Georgia, no matter who you cast your vote for in this election."