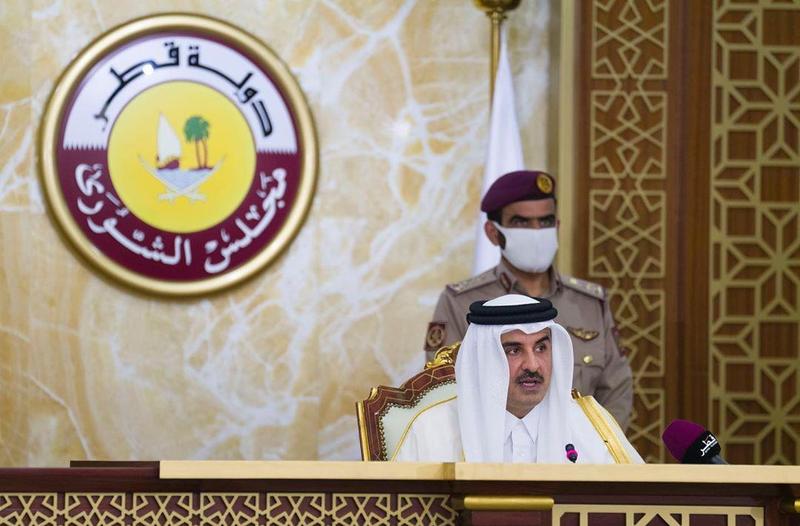 The media quoted the Amiri Diwan as saying that Sheikh Tamim bin Hamad Al Thani would lead the delegation of the State of Qatar to participate in the meeting of the forty-first session of the Supreme Council of the Cooperation Council for the Arab States of the Gulf, which will be held tomorrow, Tuesday, in Al-Ula, Saudi Arabia.

Earlier, Kuwaiti Foreign Minister Sheikh Ahmed Al-Nasser announced that it had been agreed to open the airspace and the land and sea borders between Saudi Arabia and Qatar, starting this evening.

Read More: Turkey welcomes the decision to open the land, sea and air borders between Qatar and Saudi Arabia

And it was announced that the Emir of Kuwait, Sheikh Nawaf Al-Ahmad, had contacted the Emir of Qatar, Sheikh Tamim bin Hamad and the Saudi Crown Prince, Prince Muhammad bin Salman, and it was confirmed during the call to reunite and start with a bright page.

Kuwait also announced the agreement to sign the "Al-Ola Statement," stressing that it would be a new page in fraternal relations.

Saudi Arabia is hosting the 41st Gulf Summit of leaders of the Gulf Cooperation Council states on Tuesday in Al-Ula.