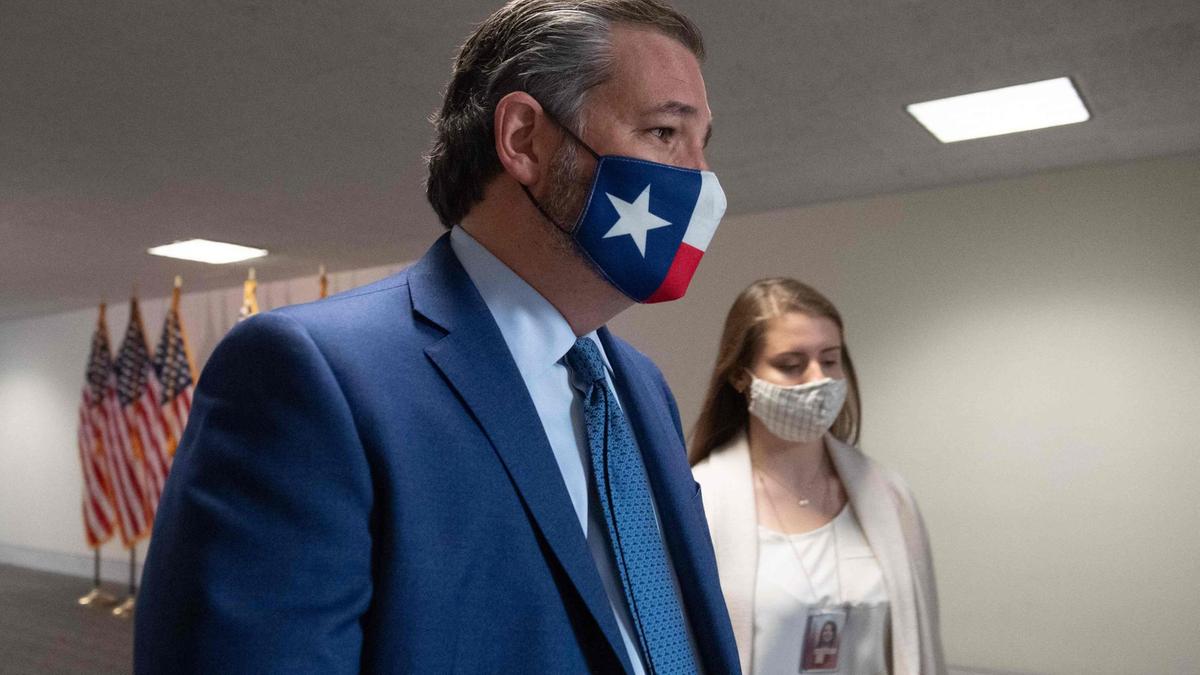 A group of 11 Republican senators say they will back a last-ditch effort by President Donald Trump to challenge the outcome and undermine the integrity of the US presidential election.

The move pits them against their own Senate leadership, and has very little, if any, chance of doing anything but delaying the inevitable.

President-elect Biden won the US electoral college, the state by state race to win the US presidency, 306-232 and this week Congress will be certifying the results.

President Trump’s continued refusal to accept his election defeat is becoming a defining moment for Republicans.

Majority Leader Mitch McConnell, the Senate’s top Republican, has acknowledged Mr Biden's victory, and has urged other Senate Republicans to refrain from objecting in the January 6 certification.

So, on Saturday, the 11 senators, which included one-time presidential hopeful Ted Cruz, referred to unfounded allegations of voter fraud and promised to challenge the certification.

They said they intended to reject electors from states where they claimed “unprecedented allegations of voter fraud, violations and lax enforcement of election law” arose until a 10-day audit of the election results in each state has been completed.

“Voter fraud has posed a persistent challenge in our elections, although its breadth and scope are disputed.

“By any measure, the allegations of fraud and irregularities in the 2020 election exceed any in our lifetimes,” the group said.

“These are matters worthy of the Congress, and entrusted to us to defend. And every one of us should act together to ensure that the election was lawfully conducted under the constitution and to do everything we can to restore faith in our democracy."

In response to President Trump’s unfounded claims of voter fraud, election officials and Mr Trump’s then-Attorney General William Barr have said there was no evidence of widespread fraud and the election ran smoothly.

Other Republicans senators also said the challenge to the election results was wrong.

“There’s good constitutional and other legal grounds to say: You had your day in court, 60 different lawsuits in state courts, you had a chance to appeal those to the Supreme Court, and as I read the law once a state certifies its electoral vote it’s conclusive. So that’s sort of the lay of the land,” said Senator John Cornyn, who also represents Texas.

Michael Gwin, a spokesman for the Biden campaign, dismissed the move as theatre.

"This stunt won’t change the fact that President-elect Biden will be sworn in on January 20, and these baseless claims have already been examined and dismissed by Trump’s own attorney general, dozens of courts, and election officials from both parties," he said.

Mr Trump has continued encouraging Republicans to prevent Mr Biden from taking office, although there is no viable mechanism for them to do so.

The other senators who have signed up to the statement are: Ron Johnson, James Lankford, Steve Daines, John Kennedy, Marsha Blackburn, Mike Braun, along with Senators-elect Cynthia Lummis, Tommy Tuberville, Bill Hagerty, and Roger Marshall.

Before Saturday statement, Josh Hawley was the first Republican senator to say he would challenge the election result.