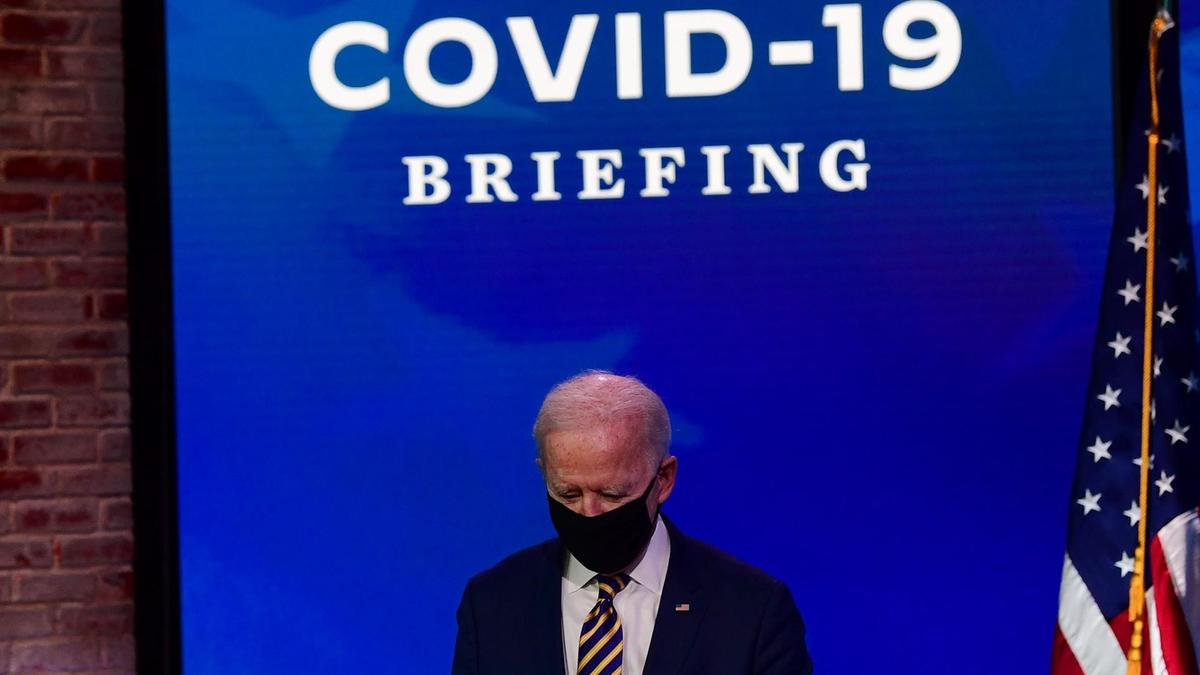 US president-elect Joe Biden says he will activate the Defence Production Act to speed up America’s Covid-19 vaccine distribution.

The 1950 act is used to boost manufacture and the supply of essential goods and services in the event of a national emergency.

“The Trump administration’s plan to distribute vaccines is falling behind,” Mr Biden said in Wilmington, Delaware, on Tuesday.

“As I long feared and warned, the effort to distribute and administer the vaccine is not progressing as it should.”

Mr Biden said the Trump administration’s programme for vaccine production and distribution, Operation Warp Speed, projected 20 million Americans would be inoculated by the end of the year.

But numbers from the Centres of Disease Prevention and Control show only about two million people have received their first dose, despite 11 million doses having been distributed to health centres nationwide.

“At the pace the vaccination programme is moving now, it would take years, not months, to vaccinate the American people,” Mr Biden said.

He outlined his administration’s plans to take over the Covid response in the US, repeating his promise to vaccinate 100 million Americans in the first 100 days of his presidency.

“I will move heaven and Earth to get us going in the right direction,” Mr Biden said.

“I will use my power under the Defence Production Act to order private industry to accelerate the making of materials needed for the vaccine.”

Included in his Covid response is making the vaccine free with equal access, requesting further funding from Congress, and conducting a public education campaign to address vaccine concerns in many of the country’s ethnic-minority populations.

“This is going to be the greatest operational challenge we’ve ever faced as a nation,” Mr Biden said. “But we’re going to get it done.”

The US has a record number of people in hospital with Covid-19 – at least 124,000 patients – the Covid Tracking Project showed on Wednesday.

It has the world’s deadliest coronavirus outbreak, with almost 20 million cases including more than 346,000 deaths, Worldometer showed.

There is concern for another surge on top of the current one after the Christmas holidays.

Yet Mr Biden is keeping a positive outlook.

“As we end one of the most difficult years as a nation, I remain optimistic about our future,” he said.

“The vaccines have been discovered and developed. There’s more to come, we believe. Gives us enormous hope.

“Our economy is poised to come back and come alive. I can see a return to normalcy in the next year.

“I also see incredible opportunities for our nation in the years ahead.”