Series of explosions target police in Kabul; at least 4 dead 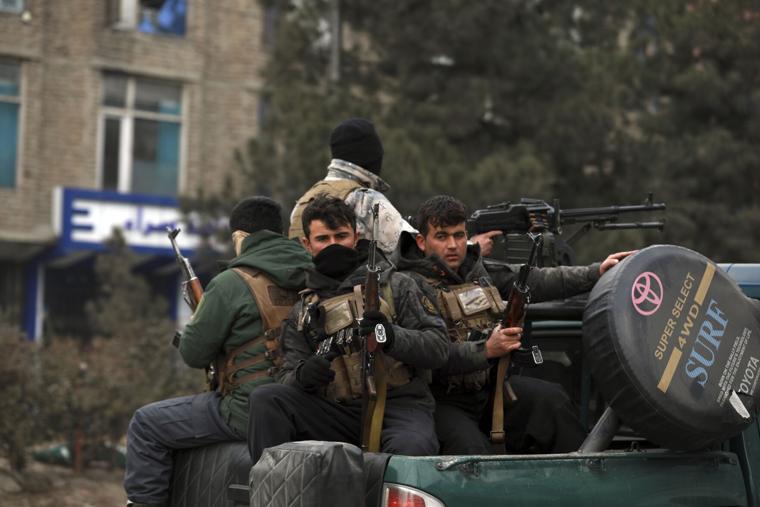 KABUL: A series of explosions hit the Afghan capital on Saturday morning, killing at least four people including two police officers, officials said.
The deaths were caused by a sticky bomb attached to a police vehicle detonated in western Kabul, police spokesman Ferdaws Faramarz said. The explosion wounded two civilians.
Two other police officers were wounded when a bomb attached to their car exploded earlier Saturday in southern Kabul, Faramarz said.
Maooma Jafari, deputy spokeswoman for the health ministry, said that four corpses and four wounded people were taken to hospital following the two explosions.
A third sticky bomb detonated in eastern Kabul but caused no casualties, he said.
There were reports of at least two other blasts elsewhere in the city but police had no immediate details.
In a separate report form northern Balkh province, a senior army officer was killed when his vehicle hit a roadside bomb, said Arif Iqbali, a Sholgara district police chief.
Iqbali said that Mohammad Tareq, the garrison commander of the army brigade in Balkh was the apparent target who was killed in the attack.

The latest attacks came as Taliban and Afghan government negotiators held talks in Qatar, trying to hammer out a peace deal that could put an end to decades of war.
No one has immediately claimed responsibility for the attacks in Kabul. The Daesh group has claimed responsibility for multiple attacks in the capital in recent months, including on educational institutions that killed 50 people, most of them students.
The talks in Doha have been suspended until early January and there is speculation they could be further delayed.
At the same time, Taliban militants have waged bitter battles against Daesh fighters, particularly in eastern Afghanistan, while continuing their insurgency against government forces and keeping their promise not to attack US and NATO troops.
Daesh has also claimed responsibility for last week’s rocket attacks targeting the major US base in Afghanistan. There were no casualties.