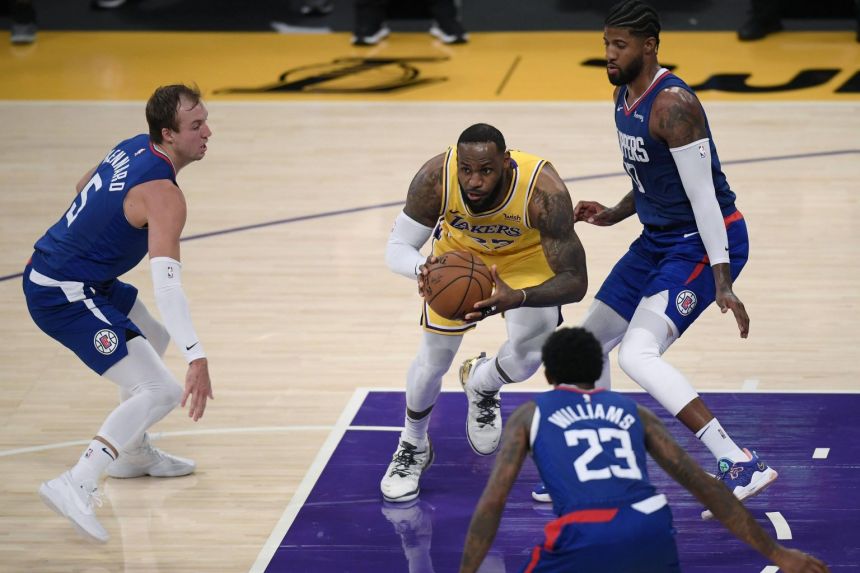 LOS ANGELES: The Los Angeles Lakers sure didn’t have long to savor their 17th NBA title.

Little more than two months after the Lakers locked up the 2020 crown with a Finals win over the Miami Heat, they were back to the grind in a 116-109 loss to the Los Angeles Clippers on the opening night of the 2020-21 campaign on Tuesday.

Paul George led the Clippers, less than two weeks after signing a four-year contract extension worth a reported $226 million.

George scored 26 of his 33 points in the second half as the Clippers kept the Lakers at bay.

“I got into a good rhythm making plays for the team,” George said. “That’s how I catch fire — I let the game come to me. I took the shots when they were available.”

Kawhi Leonard added 26 points for the Clippers, who are out to expunge the memory of their agonizing Western Conference semifinals loss to the Denver Nuggets, who trailed 3-1 in the series but won in seven games.

The night at Staples Center started with the Lakers receiving their diamond and amethyst championship rings.

There were no fans in attendance, but family members — and some frontline healthcare workers who are Lakers fans — delivered heartfelt recorded messages of congratulations to the team prior to the game.

But they were on the back foot early, trailing from start to finish in a game the Clippers led by as many as 22 points in the first quarter.

“The game comes quick, and you’ve got to get focused,” Lakers coach Frank Vogel said of shifting gears after the ring ceremony. “I think our guys were able to do that, although we obviously didn’t play well that first quarter.”

The game was one of two on the opening-day slate, which also featured Kevin Durant’s long-awaited Brooklyn Nets debut.

It didn’t disappoint, the two-time NBA Finals MVP teaming seamlessly with Kyrie Irving in a 125-99 blowout over the Golden State Warriors.

Durant hadn’t played since suffering a devastating torn Achilles tendon playing for the Warriors against Toronto in game five of the championship series on June 10, 2019.

He was still recovering from surgery when he bolted for the Nets as a free agent and sat out all of the pandemic-disrupted 2019-20 campaign.

“It felt good,” Durant said. “I didn’t approach it any different. The pre-season games I kind of felt the same energy, but it’s good to get a win.”

The win also gave two-time NBA MVP Steve Nash a victory in his first game as a head coach.

Canada’s Nash was a surprise pick for the Nets job after five years as player development coordinator for the Warriors.