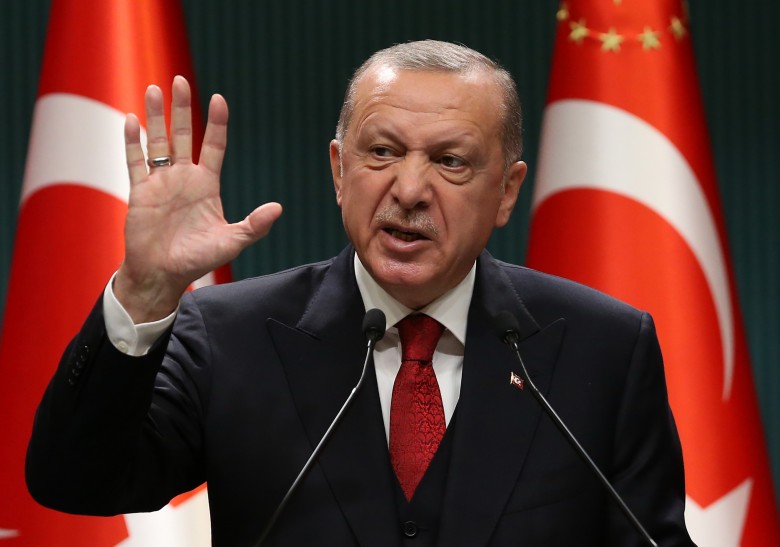 Former US Defense Secretary Robert Gates published an article in the "New York Times", in which he welcomed the recent sanctions imposed on Ankara, calling for continued accountability from allies before moving to the opponents.

Gates, who took over the US Department of Defense between 2006 and 2011, saw a need to intensify pressure not only on geopolitical opponents, but also on the closest allies, focusing in this context on Turkey and Germany, which have begun to allow themselves a lot!

The former US Defense Secretary expressed his support for the sanctions imposed on Turkey a few days ago, noting that they are nothing more than a "good start."

Gates pointed out that if the picture with Germany is not yet completely clear in light of the behavior of the next administration, but it is possible to speak with confidence about Turkey, it will face difficult times, and it will be forced to defend its right to pursue a sovereign policy.

The former US minister described the move as a painful blow to Ankara, because Demir is one of the closest confidants to the Turkish president. More importantly, the military-industrial complex in Turkey, in which Erdogan personally invested a lot of efforts, relies critically on cooperation with the West, on issues of licensing and the supply of components.

The article pointed out that Ankara's warning bells have been ringing for a long time, and for example, that a large contract with Pakistan to export Turkish military helicopters T129, which was for months on the verge of collapse, all because the Americans prevented the licensing of the engines that were equipped with the tanks. .

The Canadians also stopped supplying the Turks with their photovoltaic systems used in the "TB2 Bayraktar" aircraft, which declared itself loudly during the recent exacerbation of the situation in Karabakh.

Germany did the same, cutting off oxygen to the serial production of Altai tanks, which is why Turkish officials accused them of breaching contractual obligations.

Gates concluded that the sanctions imposed by the United States on Ismail Demir, will undoubtedly exacerbate the industrial difficulties, because the Turks cannot replace the imports.

Worst of all, according to the US Secretary of Defense, the S-400 system is not the only stumbling block in Ankara's relations with Washington and other Western capitals. Over several years, the Turkish leadership managed to accumulate many quarrels and quarrels with almost all partners.

In his article, Gates pointed out that Turkey should also be held accountable for actions in Libya, the eastern Mediterranean and Syria, because it "conflicts with the interests of other NATO allies and complicates efforts to achieve peace."

The issue lies not only in the content of the existing contradictions, but also in the form in which Ankara declares its position. Often it is insulting if we don't say he's rude to the opposite parties.

Read More: The New Yorker: The nephew of the North Korean leader of the CIA

Thus, not only did the Turkish leadership quarrel with almost everyone at the same time, but also aroused in a number of world leaders a deep personal motive to show Erdogan where the lobster spends the winter.

And it seems that this moment has arrived. And the West, by setting other internal tensions aside, has moved to a united attack against Ankara with the aim of punishing it for the steps already taken and forcing it into total submission to the "great comrades" in the future.

Gates stressed that there is no room for Turkey to compromise on the "S-400", noting at the same time that Washington "does not need a separate concession, but rather it needs Ankara's unconditional surrender."

And if the desire to punish the vocal Erdogan in Western Europe rests largely on an emotional basis, then for the globalists returning to the White House, it is a purely pragmatic question of immediate vital importance.

In the summary, the former US Secretary of Defense said, "Western unity with the unconditional supremacy of the United States collapses before our eyes. To restore discipline in the domestic ranks, it is necessary to show an example of it to impose order. Turkey in this sense is the most appropriate goal, because against it it is possible to unite all others." , And then move on to other "apostates".