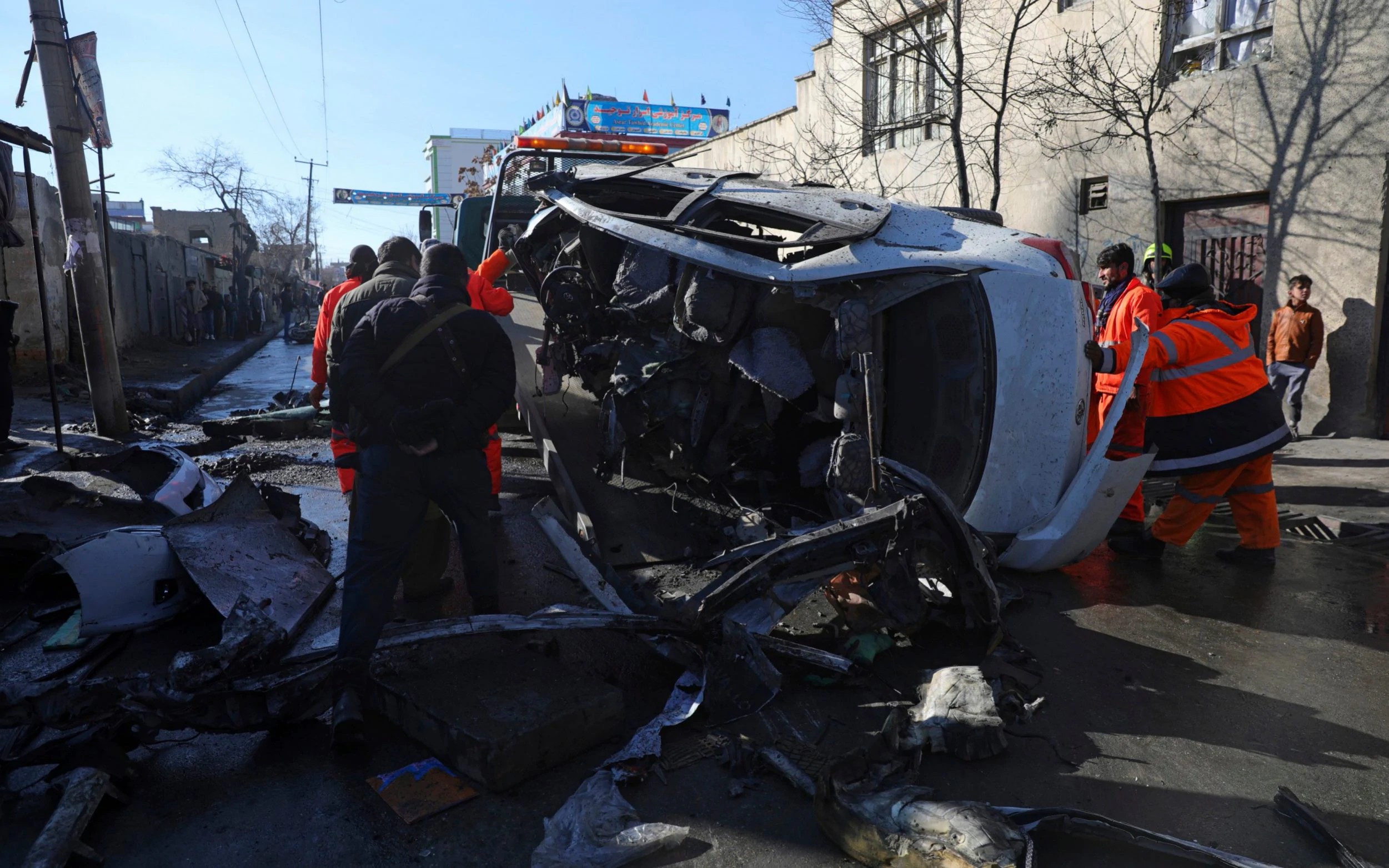 KABUL, Afghanistan: A roadside bomb tore through a vehicle in the Afghan capital of Kabul Tuesday, killing at least five people, four of them doctors, police said.
The doctors worked at the Puli Charkhi prison, Kabul’s main penitentiary, and were killed as they were on the way to their office in the city’s Doghabad neighborhood. It was not immediately clear if the doctors were targeted in the attack.
The car, a white sedan, did not appear to have any markings on it that indicated that its passengers were medical workers. The vehicle was almost completely destroyed in the blast.
Ferdaws Faramarz, a spokesman for the Kabul police chief, said two others were wounded in the attack. The identity of the fifth person killed was not immediately known.
No one immediately claimed responsibility for the attack, which damaged nearby buildings and shops.

Read More: Five rockets fired at US air base in Afghanistan

The Daesh group has claimed responsibility for multiple attacks in the capital of Kabul in recent months, including on educational institutions that killed 50 people, most of them students.
Daesh also claimed responsibility for Saturday’s rocket attacks at the major US base in Afghanistan. There were no casualties in that assault, according to NATO and provincial officials.
On Sunday at least nine people were killed and around 20 others including a member of the parliament were wounded in Kabul when the MP Khan Mohammad Wardak’s convoy was targeted by a car bomb, according to the Afghan Interior Ministry.
Violence in Afghanistan has spiked even as the Taliban and Afghan government negotiators hold talks in Qatar, trying to hammer out a peace deal that could put an end to decades of war.
At the same time, the Taliban have waged bitter battles against Daesh fighters, particularly in eastern Afghanistan, while continuing their insurgency against government forces.