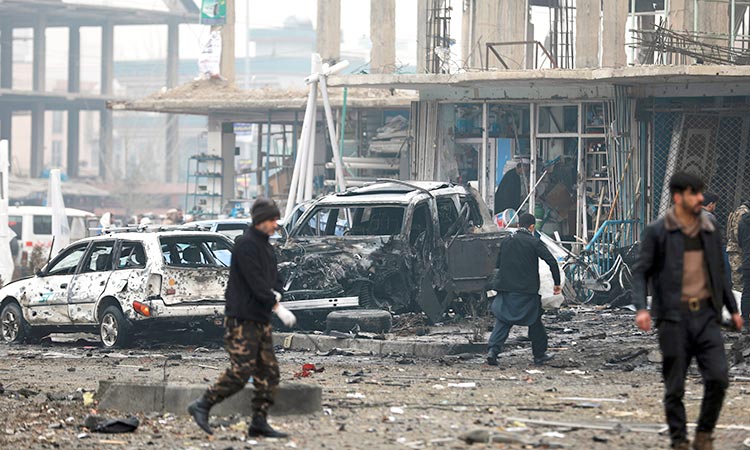 Officials said, "The terrorists have carried out a terrorist attack in Kabul city. Unfortunately, eight of our countrymen were killed and more than 15 others were wounded."

Earlier on Friday, a bomb rigged to a rickshaw killed at least 11 children and wounded 20 others in eastern Afghanistan, a provincial official said, as violence in the war-weary country continued to surge.

"It was a powerful explosion that has caused a lot of damage to houses in the vicinity," the source said.
Television footage showed at least two cars on fire, with plumes of thick black smoke billowing into the sky.

No group has so far claimed responsibility.

The militant Daesh has claimed responsibility for some of the recent attacks in the capital.

In a separate attack in northern Balkh province, a civilian vehicle hit a roadside bomb on Saturday, killing four people, according to Tariq Arian, the spokesman for Afghanistan's Interior Ministry.

A security source said the car bomb detonated in the west of the capital. A health ministry official also confirmed the blast.