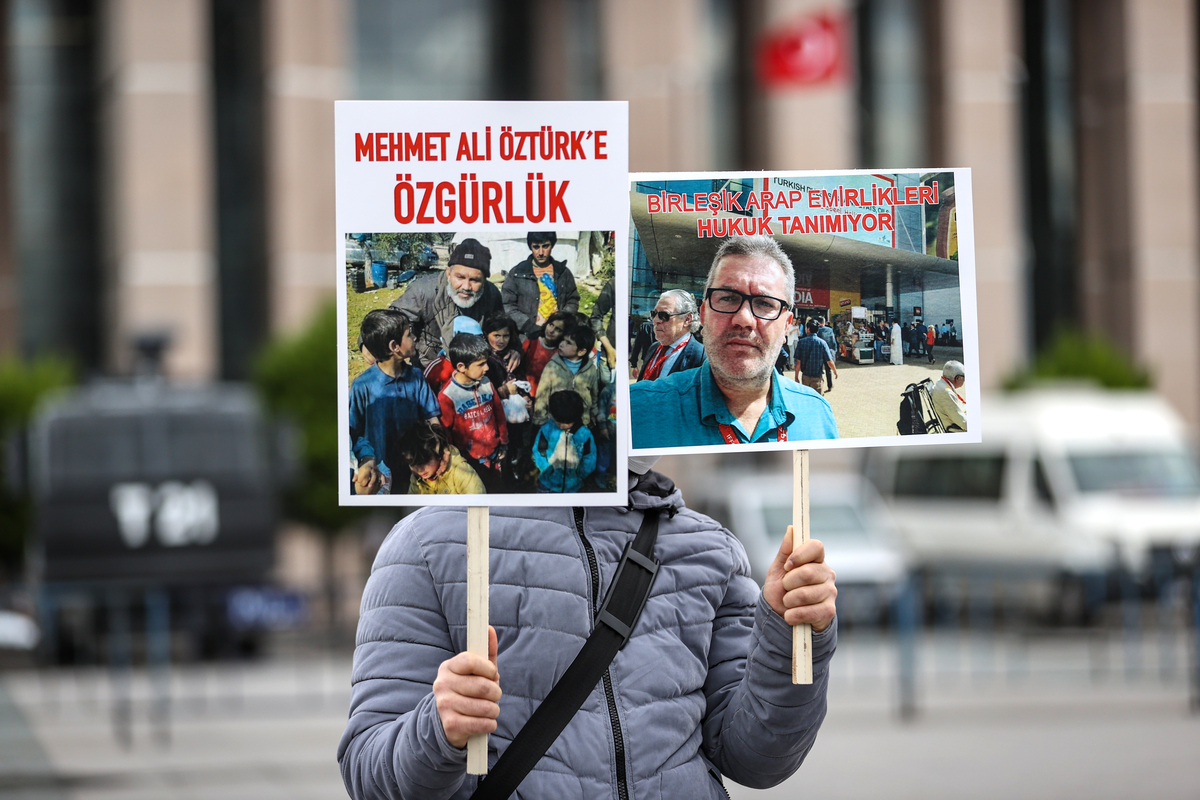 Lawyers of Turkish businessman Mehmet Ali Ozturk, who has been detained in the UAE for three years, have applied to the Human Rights and Equality Institution of Turkey (HREIT) and the National Mechanism to Prevent and Combat Torture (MNCPT) to put pressure Abu Dhabi to release their client.

According to a statement issued by lawyers, Matta Kanger and Golden Sonmaz, the request contained information about the detainee's wife, Amina Ozturk, and when Mehmet Ali Ozturk was detained in Dubai and what he endured as a result.

The statement stressed that the request contained details of the "torture and cruel treatment" that Ozturk was subjected to in police custody during his interrogation at the hand of the UAE intelligence service, as well as data on the detention of his son Abdullah Ozturk, a US resident, by the Federal Bureau of Investigation (FBI) at the same time.

"Due to the violations to which Ozturk and his family have been subjected, such as torture, abuse and cruelty, being constantly exposed to the risk of death through torture, death threats, arbitrary arrest, forced disappearance, restriction of freedom and violation of the right to a fair trial, the HREIT has been requested to support Ozturk's judicial process, who has been victimized because of the UAE's hostile policies towards Turkey.

Ozturk was arrested while participating in a food exhibition in the UAE in February 2018.

In an earlier statement to Anadolu Agency, his wife, Amina Ozturk, said that a group of people wearing civilian clothes tied her and her husband's hands before taking them to an unknown location. The husband remained in custody while she was released and sent to Turkey. He was later sentenced to 25 years in prison.

"Ozturk was transferred to a place in the desert where we knew nothing about him for a year. His wife was released the next day, without being informed of her husband's situation," Kanger told reporters.

He added: "During this period, Ozturk was subjected to many acts of torture. He was forced to make statements against the Turkish Republic and President Recep Tayyip Erdogan. The UAE authorities also extracted confessions from Ozturk under torture about Turkish-Qatari relations and Turkey's role in Syria."

On 11 December, the businessman's family filed a lawsuit in the Turkish courts against Abu Dhabi.