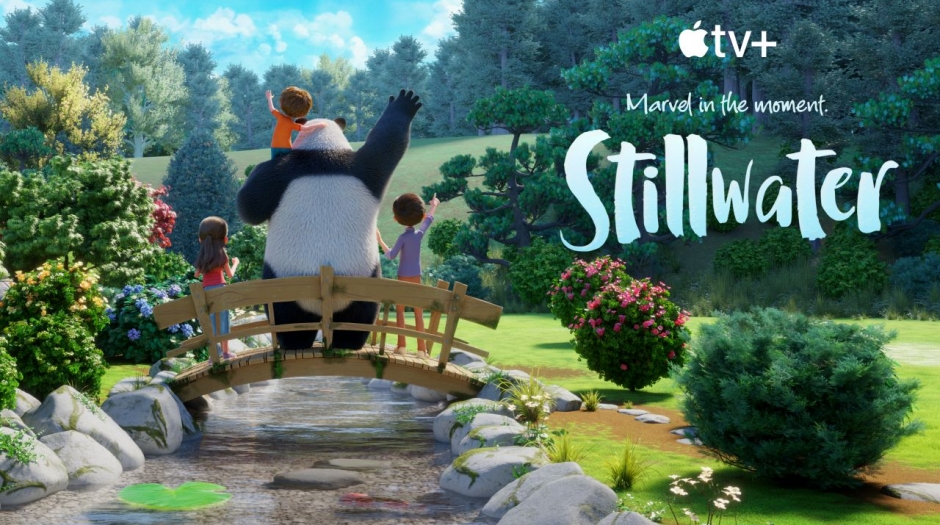 There’s a dreamy calmness about Apple’s new animated children’s series. A trio of kids – Karl, Addy and Michael — live a relatively idyllic life, engaging in wholesome pursuits including board games, jumping in puddles, or building cardboard rocket ships. Out the back of their picturesque house, their adventures often cross paths with their kindly neighbor Stillwater — who not only keeps a watchful eye over them, but is always ready with a story or anecdote relevant to whatever obstacles their playtime encounters.

Stillwater, by the way, is a giant panda who practices the flute, enjoys sitting contemplatively in the rain, and segues seamlessly into those morally forthright parables with the ease of a kindly grandfather. Any and all real-world questions — Why don’t the kids go to school? Where are their parents? How does a panda afford that beautiful house which appears to be an effortless synergy of Eastern design and Western convenience? — simply fade into insignificance as the episodes roll by, and it becomes clear that this show is nothing more complicated than it initially appears to be: A beautifully animated series of moralistic tales with a wholesome, family-friendly message and no reason for parents to worry about leaving their kids to watch it. 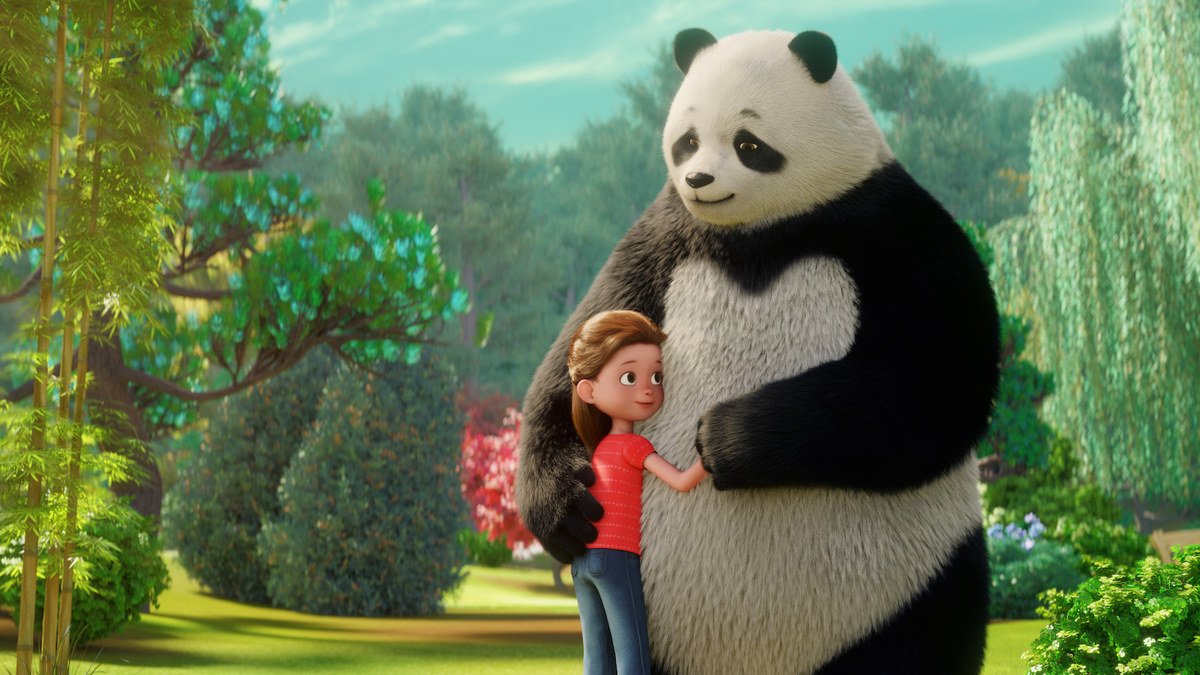 The sumptuous, Pixar-like visuals are perfectly juxtaposed with the striking 2D animations of Stillwater’s beautiful stories. James Sie’s voice work as the wise panda is exemplary — he stays just the right side of saccharine, but imbues Stillwater with the kind of easy wisdom that enthralls kids, those in the show and those watching at home. Unlike Pixar movies, there’s no double-layered ‘adult’ humor that will appeal to parents while flying over the heads of their kids, but that’s no bad thing.

This is a kids’ show, pure and simple, with uncomplicated, heartfelt messages at its very core: Be thoughtful, mindful and kind. In a world riddled with complexities, such a straightforward approach is not to be sniffed at.