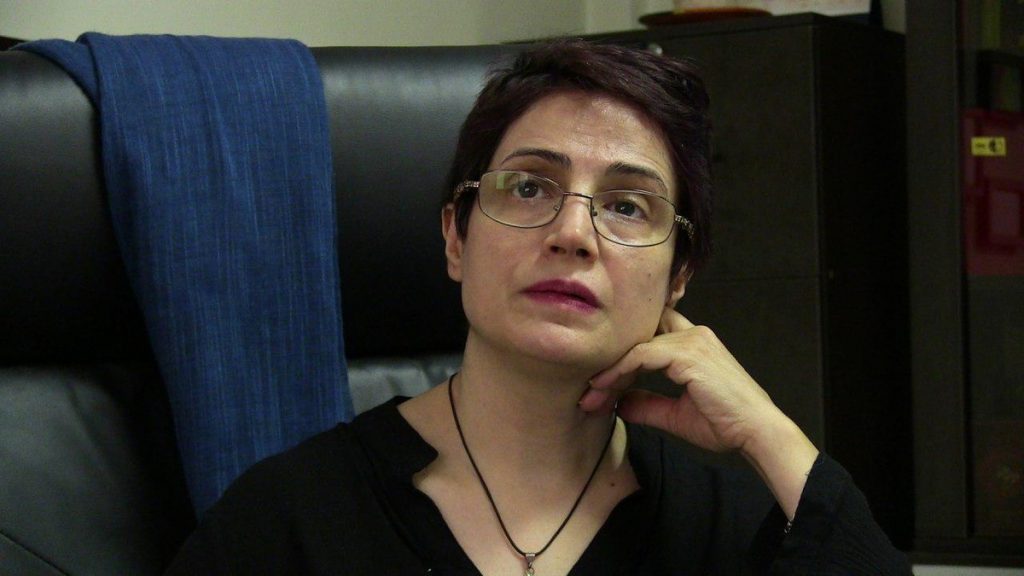 UN experts have demanded that Iran release women’s rights figure and lawyer Nasrin Sotoudeh after she was returned to prison in the country.

The appeal comes amid growing scrutiny over Tehran’s treatment of political prisoners and the high-profile release of Australian academic Kylie Moore-Gilbert last month.

“We are dismayed that the authorities willingly chose to again place Nasrin Sotoudeh at heightened risk by ordering her return to prison at this time, despite her positive coronavirus test and the concerned opinions of medical professionals,” the group of independent experts appointed by the UN Human Rights Council said. “By ordering her return to prison, Iranian authorities have taken an action that may have life-threatening consequences for her and have further extended her arbitrary imprisonment, in violation of their obligations under international human rights law.”

On Dec. 2, Iran’s Prosecutor’s Office ordered Sotoudeh to return to Qarchak prison the same day, after she had been temporarily released on Nov. 7.

Read More: Calls on UN to intervene on behalf of Egypt detainees

Following her positive coronavirus test, an initial five-day temporary release granted to her was extended by two weeks. At the end of November, doctors prescribed a rest period of an extra two weeks due to her deteriorating health.

“We repeat our call to the Iranian authorities to release Nasrin Sotoudeh as a matter of urgency and to allow her to receive the healthcare and rest she requires,” the experts said. “We deeply regret that despite calls by the UN and the international community, Iran continues to criminalize Sotoudeh for her work in defense of human rights.”

The experts urged Iranian authorities to quash her convictions and ensure her release while reviewing her criminal case, which several human rights groups have condemned as “outrageous.”

Sotoudeh is serving a prison sentence following a conviction on seven charges in March last year.

Her charges and subsequent imprisonment were linked to her legal work and defense of women’s rights activists. Grave concerns have been raised by UN experts who say that her detention is “arbitrary.”