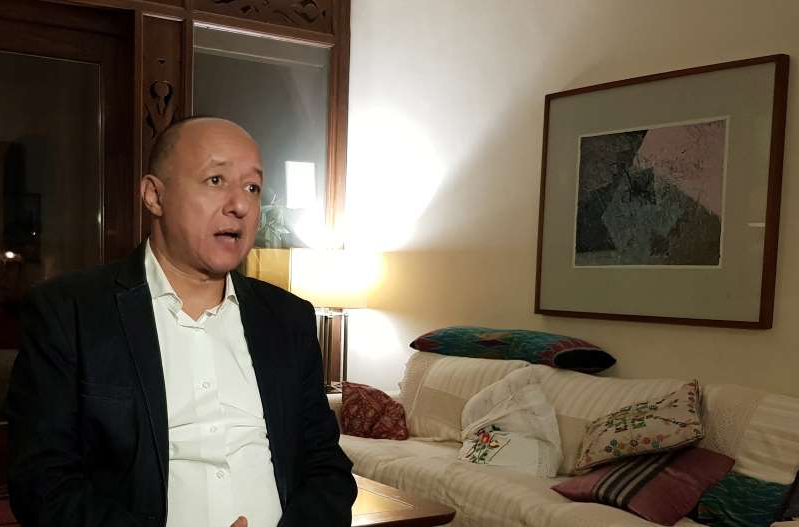 The head of a leading Egyptian human rights group who was held for two weeks on terrorism charges said on Saturday he hoped that the campaign to secure his release would help others still jailed on similar allegations.

Activists saw the detention last month of Gasser Abdel Razek, executive director of the Egyptian Initiative for Personal Rights (EIPR), and two of the group’s other staff, as the latest escalation of a broad crackdown on political dissent under President Abdel Fattah al-Sisi.

Egypt’s foreign ministry had said EIPR was operating illegally, an accusation the group denies. There has been no official statement from public prosecutors since Abdel Razek’s release, and officials could not be reached for comment.

The arrests, which came after EIPR hosted a briefing on human rights for 13 senior diplomats in Cairo on Nov. 3, sparked rare public criticism from Western states and an international campaign on social media.

Abdel Razek said he was unclear why he had been held beyond the officially stated charges of belonging to a terrorist group, spreading false news and misusing social media - accusations made in the past against figures from across the political spectrum.

Abdel Razek said it would be “business as usual” for EIPR.

“We’re hitting the third decade of the 21st Century, human rights work will continue in Egypt and elsewhere,” he said in an interview at his home in Cairo.

“I’m hoping that our speedy release would have some sort of effect on the hundreds of people that are going through the same situation.”

While the total is unclear, rights groups say tens of thousands have been detained in a clampdown on political opposition since Sisi ousted the Muslim Brotherhood from power in 2013.

Sisi has said Egypt holds no political prisoners, that security is paramount and that the government is promoting human rights by working to provide basic needs such as jobs and housing. The president and his backers say the detentions over recent years are necessary to stabilise Egypt.

The three EIPR staff were freed on Thursday. Patrick Zaki, an EIPR researcher who was a graduate student in Italy before his arrest in February, remains in jail.

Abdel Razek said he had been very cold for the first few nights in solitary confinement in Cairo’s Tora prison, but had not suffered any physical mistreatment.

“It’s a great feeling to be around my kids, my wife and friends, but it’s very painful to leave the people behind, so let’s hope we can pressure to get them all out.”