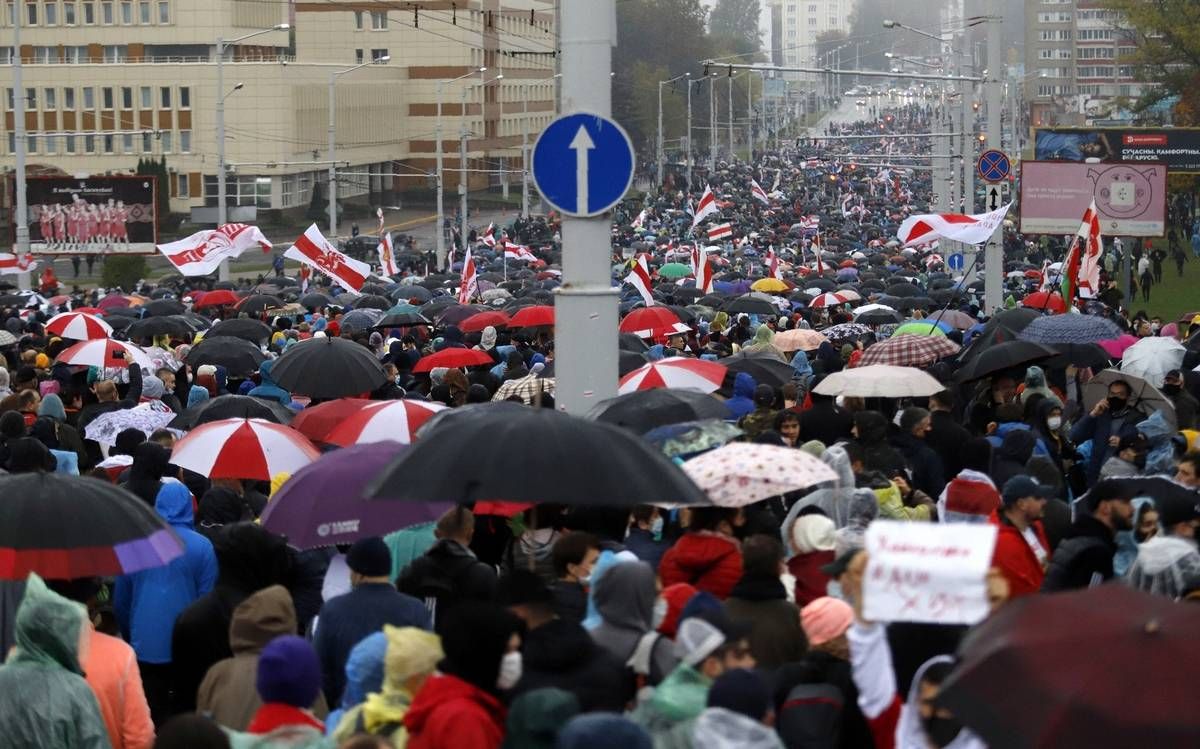 The United Nations' human rights chief lamented a deteriorating situation in Belarus and said Friday that reported beatings of protesters by security forces may in some cases amount to torture.

Michelle Bachelet, the high commissioner for human rights, told the UN Human Rights Council there has been no improvement since a September debate about Belarus and “recent weeks have seen continued deterioration, particularly with respect to the right of peaceful assembly.”

Belarus has seen mass protests triggered by President Alexander Lukashenko’s election to a sixth term in an Aug. 9 election that the opposition said was riddled with fraud.

Police have cracked down hard on the largely peaceful demonstrations, using stun grenades, tear gas and truncheons to disperse protesters.

Thousands of people have been detained and many of them badly beaten since the protests began, human rights advocates said, The Associated Press reported.

The rallies have continued despite the tough police response. The United States and European Union have introduced sanctions against Belarusian officials accused of involvement in vote-rigging and the post-election crackdown.

“The penalties imposed on protesters appear to be growing more severe," Bachelet said. She pointed to the “unnecessary or disproportionate use of force” police used to “systematically, and in most cases, violently” disperse protest crowds that were “overwhelmingly peaceful.”

There are “multiple and credible reports of people beaten by members of the security forces during and after their transport to police stations or detention centers,” Bachelet said.

“If confirmed, such incidents would constitute ill-treatment and, in some cases, may amount to torture.”

She said she was “alarmed by the numerous allegations of torture and other cruel, inhuman or degrading treatment in custody,” by the harassment and arrests of many journalists and human rights advocates, and by disciplinary action against teachers and students.

The Belarusian ambassador to the UN in Geneva, Yury Ambrazevich, said that “not all the protests were peaceful, and in response law enforcement agencies used force, used detentions and special means.”

He asserted that police use force more frequently in western Europe, and he accused Poland, Lithuania and Ukraine of using the situation in Belarus to “line their pockets.”

“Those who protest in the streets today are individuals who reject the opportunities that have been created for direct dialogue with the government,” he said.

Opposition leaders in Belarus have sought discussions with the government about a transfer of power or a new election, which Lukashenko has rejected.