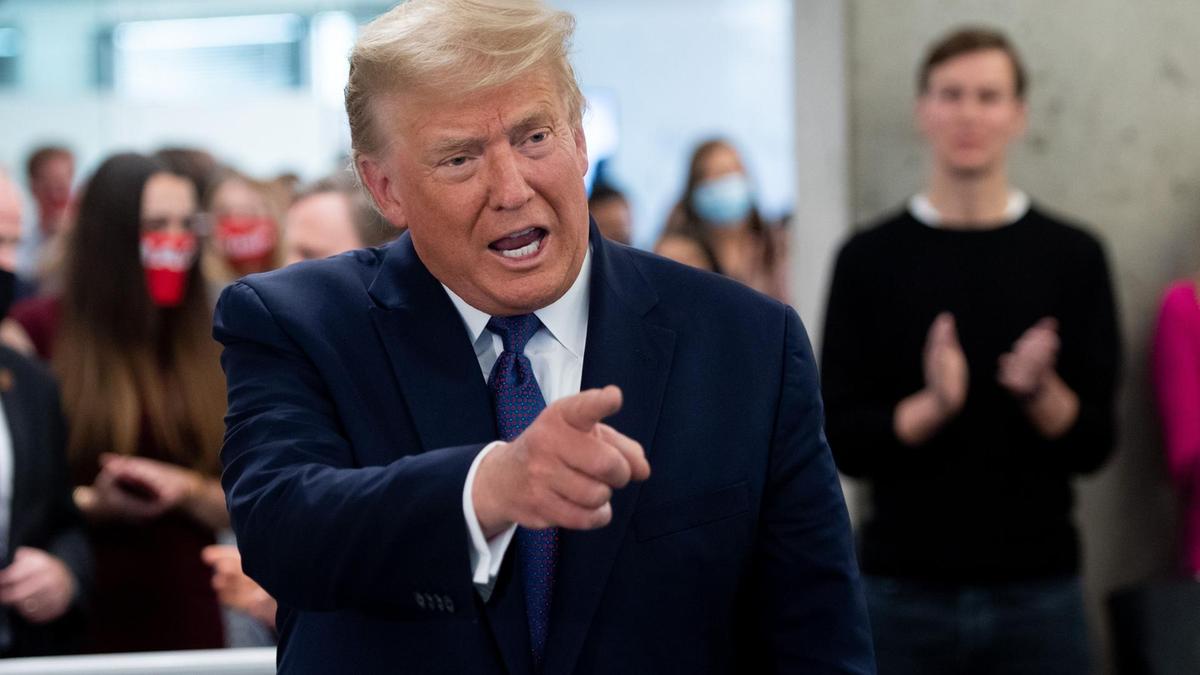 Section 230 of the Communications Decency Act legally distances social media companies from the content posted by their users, providing a shield for companies such as Facebook and Twitter.

Both platforms have been the target of Mr Trump's anger after they began enforcing fact checks on his social media posts before the US election.

Both limited the reach of many of his posts, notably those in which he rejected his election defeat or questioned the integrity of the voting process.

Disclaimers have been attached to false posts from Mr Trump that claim he lost last month's election because of voter fraud.

He has been waging war against social media companies for months, claiming they are biased against conservative voices.

He pushed to abolish the statute that offers platforms protection from legal action.

“Section 230 ... represents a serious threat to our national security and the integrity of the elections," Mr Trump tweeted on Tuesday night.

"Therefore, if the very dangerous and unfair Section 230 is not completely terminated as part of the National Defence Authorisation Act, I will be forced to unequivocally veto the bill."

Section 230, which is a liability shielding gift from the U.S. to “Big Tech” (the only companies in America that have it - corporate welfare!), is a serious threat to our National Security & Election Integrity. Our Country can never be safe & secure if we allow it to stand.....

Senate armed services committee chairman Jim Inhofe, a Republican, said on Wednesday that despite the veto threat, the bill would move forward without including a repeal of the liability shield.

Some of Silicon Valley's biggest companies have come under fire from both sides of the political spectrum for their handling of content during a bitter US presidential campaign this year.

Read More: Biden breaks a record and gets more than 80 million votes

In October, Mr Trump signed an executive order directing agencies to ask independent rule-making bodies, including the Federal Communications Commission and the Federal Trade Commission, to study whether they could place new regulations on the companies.

Republican officials have accused them of censoring conservative voices and grilled Facebook and Twitter chief executives Mark Zuckerberg and Jack Dorsey in congressional hearings in November.

President-elect Joe Biden has also said Section 230 should be "revoked" but has offered no details of any plan to reform it.

Twitter said that after Mr Biden is sworn-in as president on January 20, Mr Trump will be subject to the same rules as any other user.

Facebook said that in January, Mr Trump’s account will no longer be exempt from review by the platform’s third-party fact-checkers.