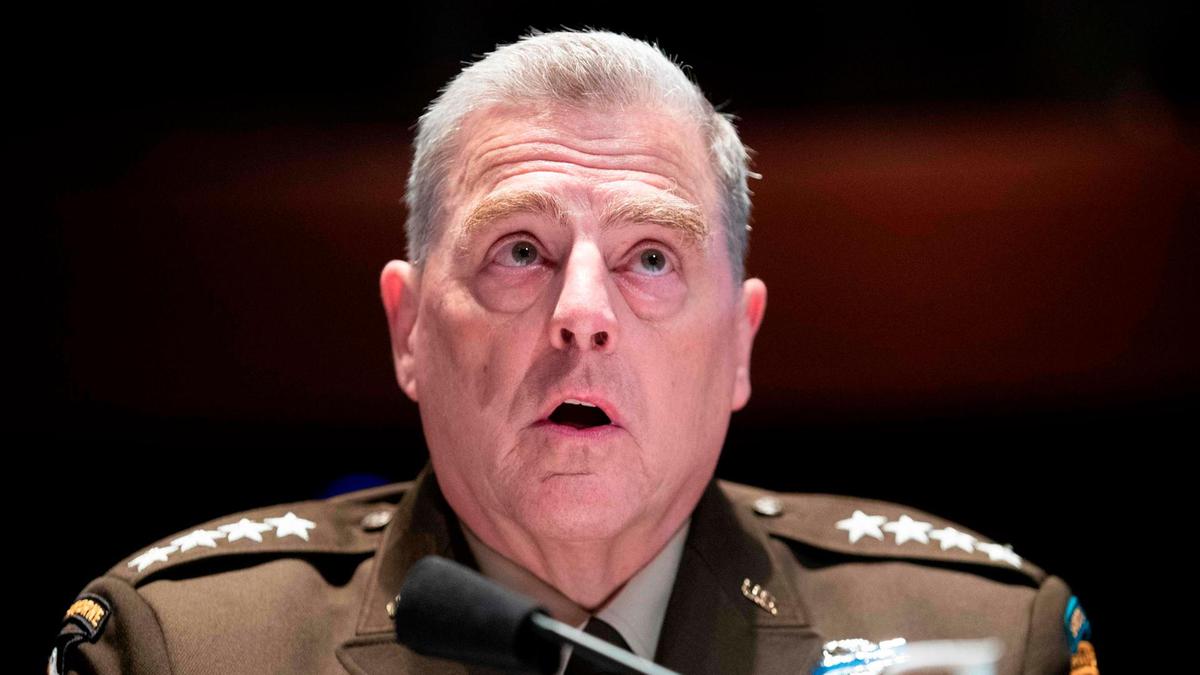 Gen Mark Milley, chairman of the Joint Chiefs of Staff and highest-ranking military officer in the US, repeated on Wednesday the military’s determination to “defend the Constitution and protect the American people and their way of life".

Speaking at the Brookings Institution during a tumultuous transition of power from departing President Donald Trump to president-elect Joe Biden, Gen Milley said no one should underestimate the might and determination of the US military.

“As far as our military goes, I don’t want anyone to mistake it," he said. "Our military is very, very capable.

"We are ready for whatever comes our way. We are determined to defend the US Constitution and to protect the American people and their way of life. No one should doubt that."

His assurances followed a retweet by former national security adviser Michael Flynn, who was pardoned by Mr Trump last week, which contained a call for the White House to declare martial law and re-run the past month's presidential election.

Mr Trump has not conceded but the US government’s General Services Administration has authorised the transition to begin, while the Justice Department has flatly rejected claims of widespread fraud in the election.

Gen Milley also indicated that a new administration would take office on January 20.

He said the armed forces would follow Mr Trump's decision to withdraw 2,500 troops from Iraq and Afghanistan by January 15.

But Gen Milley said that a new administration would decide the next steps five days later.

“What comes after that, that will be up to a new administration,” he said.

Gen Milley also defended continuing US talks with the Taliban as a way to reach a settlement to the two-decade war.

Read More: Trump calls on his supporters to turn the election for his own good

A negotiated settlement with the militants might appear “odious”, he said, but "that is the most common way insurgencies end".

“We believe that now, after 20 years, we've achieved a modicum of success,” Gen Milley said.

The US presence in places such as Somalia and the Middle East is being reassessed, he said, and pointed to the geopolitical challenge that China posed.

"We are taking a hard look at a repositioning of the force to better enable us to conduct counter-terrorism operations,” he said.

Gen Milley said military bases would be re-examined, depending on their relevance to US interests.

Gen Milley said the challenges to modern societies was centred on a new kind of warfare, especially cyber threats.

Reliance on electricity, attacks in space and infiltration of digital communications systems are all vulnerabilities that the US military is improving its readiness to tackle, he said.

He said he expected the military would be distributing a Covid-19 vaccine in the next three weeks at the latest.