US to withdraw some Baghdad embassy staff as Iran tensions simmer 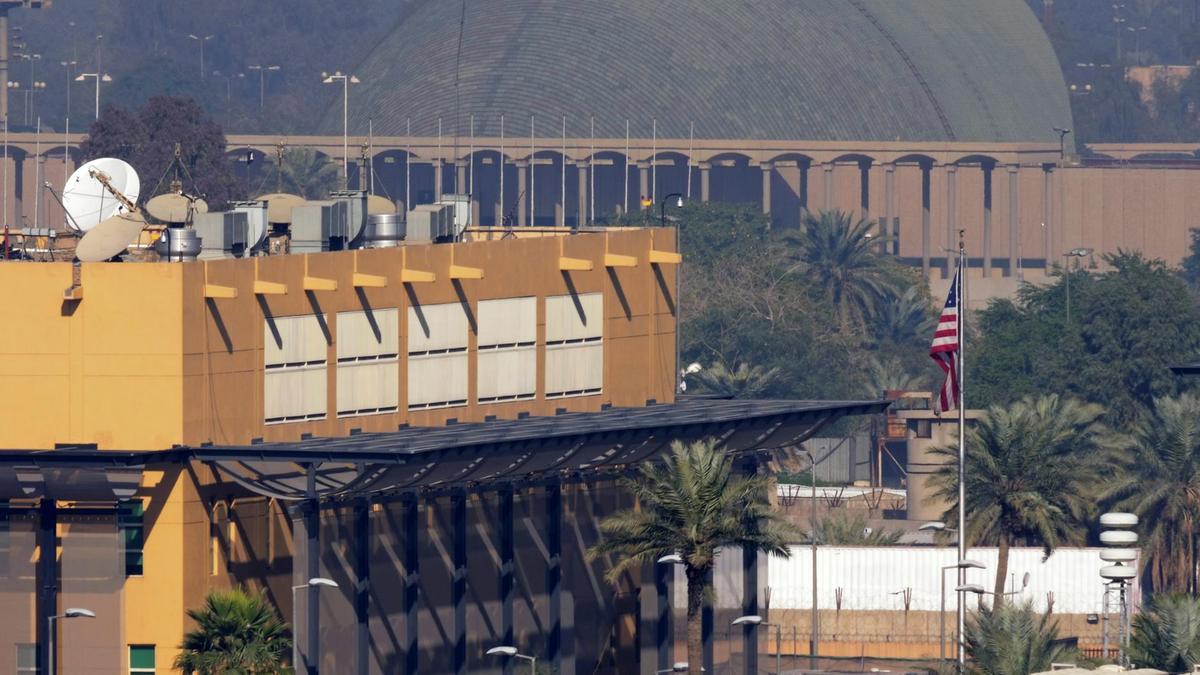 In its final weeks before the transfer of power, the Trump administration has decided to withdraw some staff from the US embassy in Baghdad, officials said.

A person familiar with the matter told The Washington Post that the move as “a temporary de-risking” that will follow the January 3 anniversary of the target killing of Qassem Suleimani, Iran’s most senior military general, by a drone strike in Baghdad.

The number of staff being withdrawn was unclear, the source said.

The embassy in the Iraqi attack is regularly targeted by rockets. Although no group has claimed responsibility for the several attacks that have taken place this year, Washington believes Tehran-backed militas are behind them. US Secretary of State Mike Pompeo has even threatened to withdraw the US embassy from Iraq to pressurise Prime Minister Mustafa Al Kadhimi to further crackdown on Iranian-backed militias there.

The US State Department did not confirm the withdrawal but said that safety a US government personnel was its “highest priority”.

Read More: Biden wants to appoint the widow of the John McCain as Washington’s ambassador to London

“The State Department continually adjusts its diplomatic presence at Embassies and Consulates throughout the world in line with its mission, the local security environment, the health situation, and even the holidays,” a department official said.

US Ambassador Matthew Tueller would remain in Iraq and that the embassy would continue to operate, the official added.

The move takes place as tensions between Tehran and Washington mount. Last week, Iran’s top nuclear scientist Mohsen Fakhrizadeh was killed in a targeted attack in Tehran. Iran has blamed the killing on Israel and the US, and has vowed to avenge his killing.

In recent months, the Trump administration has been increasing its pressure on Iran, slapping it with sanctions that have crippled its economy.

However, President-elect Joe Biden, who comes into power in January 20, has signaled he will return the United States to a nuclear accord with Iran before quickly launching talks on other concerns, reviving diplomacy to ease soaring tensions.

Suileimani was killed in Iran in retaliation for a an attack by Iran-backed militias on the US embassy in late 2019. Only days before on 29 December 2019, US airstrikes targeted weapons depots and command and control installations of Kataib Hezbollah, one of the most influential Iran-backed militia groups, across Iraq and Syria.

Antony Blinken confirmed as US secretary of state

Trump impeachment article to be sent to Senate, triggering trial