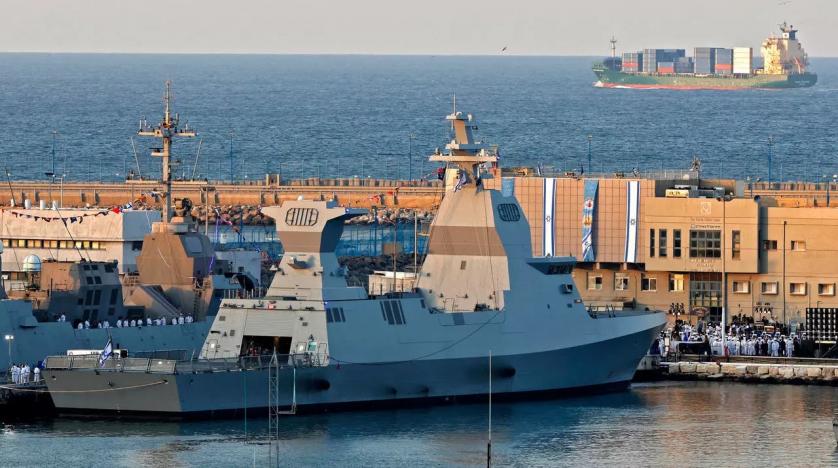 Israel received the first of its new missile boats on Wednesday, with a top naval officer telling AFP the fleet upgrade "dramatically" improves the country's ability to counter regional rivals, including Iran.

The procurement of four naval vessels and three submarines from German industrial giant Thyssenkrupp has been the subject of long-running corruption probes involving top allies of Prime Minister Benjamin Netanyahu.

But graft allegations aside, the ships themselves form a key part of a major naval upgrade in the Jewish state, Israel's head of naval operations, Rear Admiral Eyal Harel, said in an interview last week.

According to Harel, Israel's offshore rigs "are the main objective on the Hezbollah target list for the next war."

The vessels -- Saar 6-class corvettes -- are equipped with "the (most) sophisticated radar on board any vessel in the world," he said.

The first Saar 6, the INS Magen, arrived at Haifa's port on Wednesday.

According to a September article by the Center for International Maritime Security, a Washington-based think-tank, the ships and new submarines will enhance Israel's capacity to launch a direct strike on Iran.

Concern about Iran's alleged nuclear weapons program is constant in Israel, but tensions between the Jewish state and Tehran have spiked again.

Iran has accused Israel of assassinating one of its leading nuclear scientists, Mohsen Fakhrizadeh, outside Tehran last week. Israeli officials have declined to comment on the allegations.

Israel is also concerned about US President-elect Joe Biden's stated goal of reviving the nuclear deal agreed between Tehran and world powers in 2015.

Asked if the Saar 6 will enable Israel to strike Iran directly from the Mediterranean Sea, Harel said: "Directly to Iran is a complicated question and it is not for this interview."

But he said the ships will help counter the Iranian threat more broadly as "Iran is the main sponsor of Hezbollah."

Netanyahu is not accused of wrongdoing in the case, but several of his close associates are suspected for financial impropriety in the procurement process.

Gantz said this week he would pause his inquiry at the request of the attorney general, who is conducting his own probe.