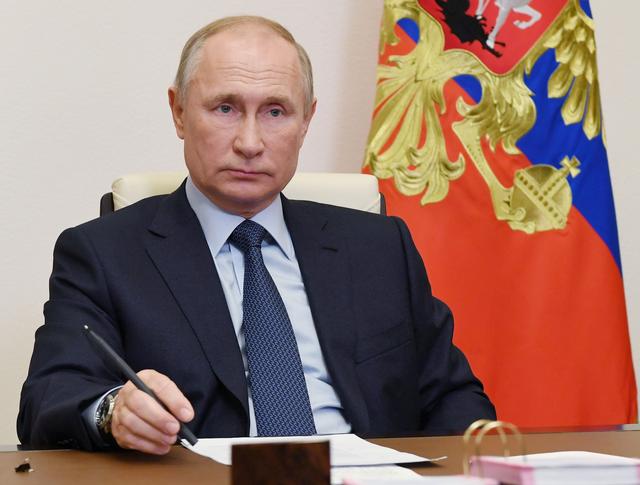 Russian President Vladimir Putin on Wednesday ordered the start of a “large-scale” COVID-19 vaccination by late next week, with doctors and teachers to be the first in line to receive the Sputnik V shots, which have yet to complete advanced studies needed to ensure its effectiveness and safety in line with established scientific protocols.

Putin’s statement comes hours after Britain became the first country in the West to authorize the use of a COVID-19 vaccine from US drugmaker Pfizer and Germany’s BioNTech.

Sputnik V has been touted in Russia as the world’s “first registered COVID-19 vaccine” after it received regulatory approval in early August. However, giving the shots the government go-ahead drew considerable criticism from experts, because at the time they had only been tested on several dozen people.

Putin said Wednesday that more than 2 million doses of the Sputnik V jab “has been produced or will have been produced in the next few days.”

“This gives us the opportunity to start if not mass, but large-scale vaccination, and of course, as we agreed, first of all of the two risk groups — doctors and teachers,” Putin told government officials. He tasked Deputy Prime Minister Tatyana Golikova to “organize the work in such a way so that large-scale vaccination starts by the end of next week.”

Golikova said that the vaccination will be voluntary and free of charge, and that the government was looking to include other demographics, on top of doctors and teachers, into the immunization campaign.

The two-shot Sputnik V vaccine was developed by the Moscow-based Gamaleya Institute. An advanced study among 40,000 volunteers was announced two weeks after the vaccine received government approval. The trial is still ongoing, but the vaccine is already being offered to people in risk groups — such as medical workers — despite expert warnings against its wider use before it completes all the necessary testing. Several high-profile officials have said they have already taken it too.

Health Minister Mikhail Murashko said Wednesday that more than 100,000 people in Russia have been given the shots.

Kirill Dmitriyev, head of the Russian Direct Investment Fund that bankrolled the development of the jab, added that around 25,000 people have been vaccinated “as part of a clinical trial now.” Dmitriyev said that outside of the trial, the vaccine was offered to “volunteers” among medical workers “because we wanted to protect our front-line personnel first.”

Earlier this month, developers of the vaccine said interim analysis of the trial data showed it was 91.4% effective. The conclusion was based on 39 infections among 18,794 study participants that received both doses of either the vaccine or the placebo, which is a much lower number of infections than Western drugmakers looked at when assessing the effectiveness of their vaccines.

Dmitriyev said Wednesday that developers of the vaccine have already applied to the European Medicines Agency to get approval of the jab in Europe, as well as in other countries.

“We understand that it may take some time, but we concurrently, you know, have applied for approval in 40 different countries and we are working very closely with regulators in all of those countries,” Dmitriyev said.

Dmitriyev said earlier this month that more than 1 billion doses of the vaccine are expected to be produced next year outside of Russia. Putin’s spokesman Dmitry Peskov, however, stressed Wednesday that vaccinating Russians “will be the absolute priority.”

Russia has been swept by a rapid resurgence of the outbreak this fall, with numbers of confirmed COVID-19 infections and deaths regularly hitting new highs and significantly exceeding those reported in the spring.

On Wednesday, Russia has registered a record high number of 589 new coronavirus deaths. The previous record of 569 deaths was registered on Tuesday. The government task force has recorded a total of 41,053 virus-related deaths since the start of the outbreak.

Russia’s total of over 2.3 million confirmed cases is currently the fourth-largest caseload in the world. On Wednesday, officials registered 25,345 new infections.