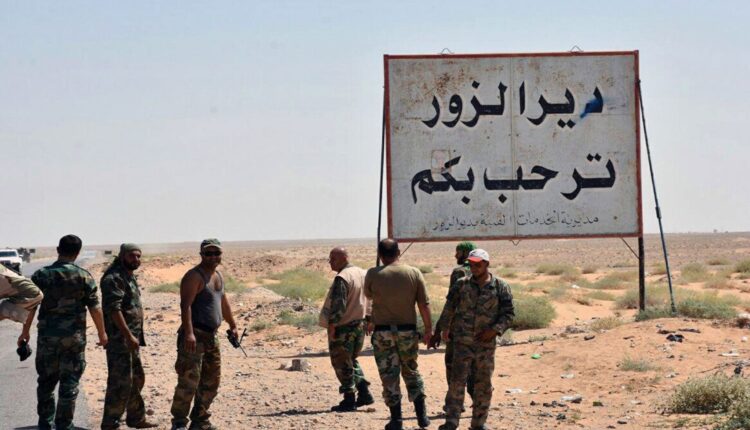 After ISIS was driven out of its capital city in 2019, the eastern Syrian Deir Ezzor governorate fell under the control of multiple international and local military forces.

Pro-regime forces such as the 4th Armored Division and Iranian militias took over one part of the governorate, and US-led International Coalition forces and the Syrian Democratic Forces (SDF) took control over the other.

It goes without saying that some ISIS-supported channels, rings and units remain present in Deir Ezzor.

The multiplicity of spheres of influence has seriously impacted commercial movement in the region, where different neighborhoods pay royalties to different powerful militias.

Nawaf, a 40-year-old shop owner in al-Basira town which is nestled in Deir Ezzor’s eastern countryside, recounts how his store was stormed mid-November by two masked gunmen who demanded he pay $5,000 as tribute to ISIS.

The morning after refusing to pay the sum, Nawaf was shocked by a stun grenade going off in front of his shop. He has since closed shop and been staying home to protect himself.

In al-Basira, shop owners and residents reported citing two masked gunmen riding a motorbike and shouting out orders for locals to pay royalties to ISIS and force women to abide by a specific dress code. The two men threatened that death will be the fate of anyone who violates orders.

In spite of the security campaigns carried out by the International Coalition and the SDF, ISIS threats and assassinations have been on the rise in Deir Ezzor.

Terrorist assaults have become rampant in east of Deir Ezzor and in the nearby Al-Jazirah desert, where concentrations of active cells loyal to ISIS can be found.