New tech can get oxygen, fuel from Mars's salty water 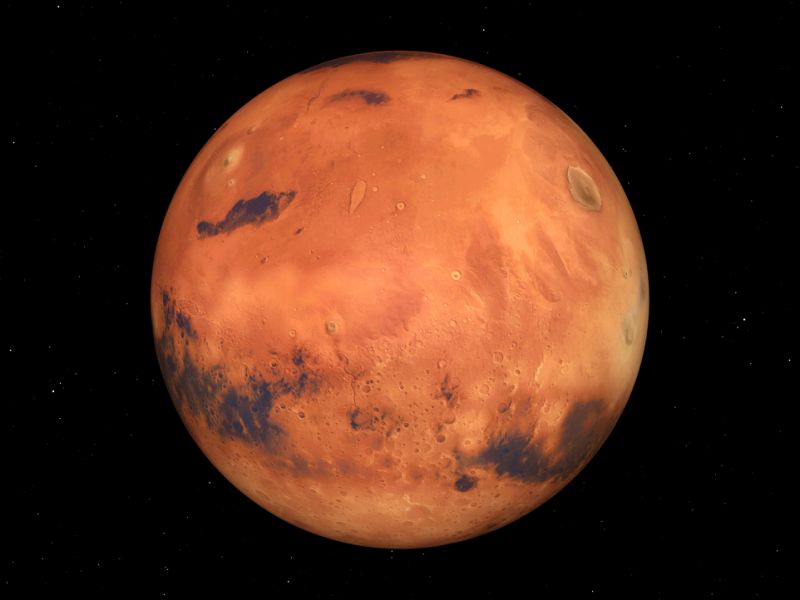 The Red Planet is very cold; water that isn't frozen is almost certainly full of salt from the Martian soil, which lowers its freezing temperature.

You can't drink salty water, and the usual method using electricity (electrolysis) to break it down into oxygen (to breathe) and hydrogen (for fuel) requires removing the salt; a cumbersome, costly endeavor in a harsh, dangerous environment.

If oxygen and hydrogen could be directly coerced out of briny water, however, that brine electrolysis process would be much less complicated—and less expensive.

Engineers at the McKelvey School of Engineering at Washington University in St. Louis have developed a system that does just that. Their research was published today in the Proceedings of the National Academy of Sciences (PNAS).

The research team, led by Vijay Ramani, the Roma B. and Raymond H. Wittcoff Distinguished University Professor in the Department of Energy, Environmental & Chemical Engineering, didn't simply validate its brine electrolysis system under typical terrestrial conditions; the system was examined in a simulated Martian atmosphere at -33 F (-36 C).

"Our Martian brine electrolyzer radically changes the logistical calculus of missions to Mars and beyond" said Ramani. "This technology is equally useful on Earth where it opens up the oceans as a viable oxygen and fuel source"

In the summer of 2008, NASA's Phoenix Mars Lander "touched and tasted" Martian water, vapors from melted ice dug up by the lander. Since then, the European Space Agency's Mars Express has discovered several underground ponds of water which remain in a liquid state thanks to the presence of magnesium perchlorate—salt.

In order to live—even temporarily—on Mars, not to mention to return to Earth, astronauts will need to manufacture some of the necessities, including water and fuel, on the Red Planet. NASA's Perseverance rover is en-route to Mars now, carrying instruments that will use high-temperature electrolysis. However, the Mars Oxygen In-Situ Resource Utilization Experiment (MOXIE) will be producing oxygen only, from the carbon dioxide in the air.

The system developed in Ramani's lab can produce 25 times more oxygen than MOXIE using the same amount of power. It also produces hydrogen, which could be used to fuel astronauts' trip home.

"Our novel brine electrolyzer incorporates a lead ruthenate pyrochlore anode developed by our team in conjunction with a platinum on carbon cathode" Ramani said. "These carefully designed components coupled with the optimal use of traditional electrochemical engineering principles has yielded this high performance."

The careful design and unique anode allow the system to function without the need for heating or purifying the water source.

"Paradoxically, the dissolved perchlorate in the water, so-called impurities, actually help in an environment like that of Mars," said Shrihari Sankarasubramanian, a research scientist in Ramani's group and joint first author of the paper. 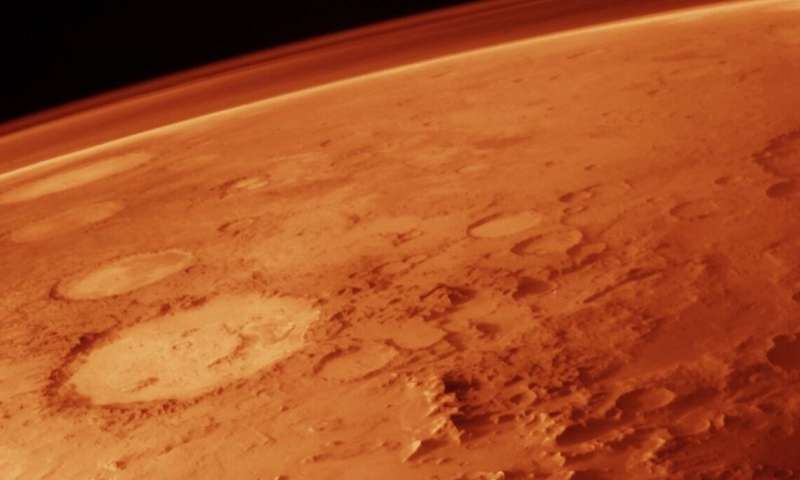 "They prevent the water from freezing," he said, "and also improve the performance of the electrolyzer system by lowering the electrical resistance."

Typically, water electrolyzers use highly purified, deionized water, which adds to the cost of the system. A system that can work with "sub-optimal" or salty water, such as the technology demonstrated by Ramani's team, can significantly enhance the economic value proposition of water electrolyzers everywhere—even right here on planet Earth.

"Having demonstrated these electrolyzers under demanding Martian conditions, we intend to also deploy them under much milder conditions on Earth to utilize brackish or salt water feeds to produce hydrogen and oxygen, for example through seawater electrolysis," said Pralay Gayen, a postdoctoral research associate in Ramani's group and also a joint first author on this study.

Such applications could be useful in the defense realm, creating oxygen on demand in submarines, for example. It could also provide oxygen as we explore uncharted environments closer to home, in the deep sea.

The underlying technologies enabling the brine electrolyzer system are the subject of patent filing through the Office of Technology Management and are available for licensing from the university.